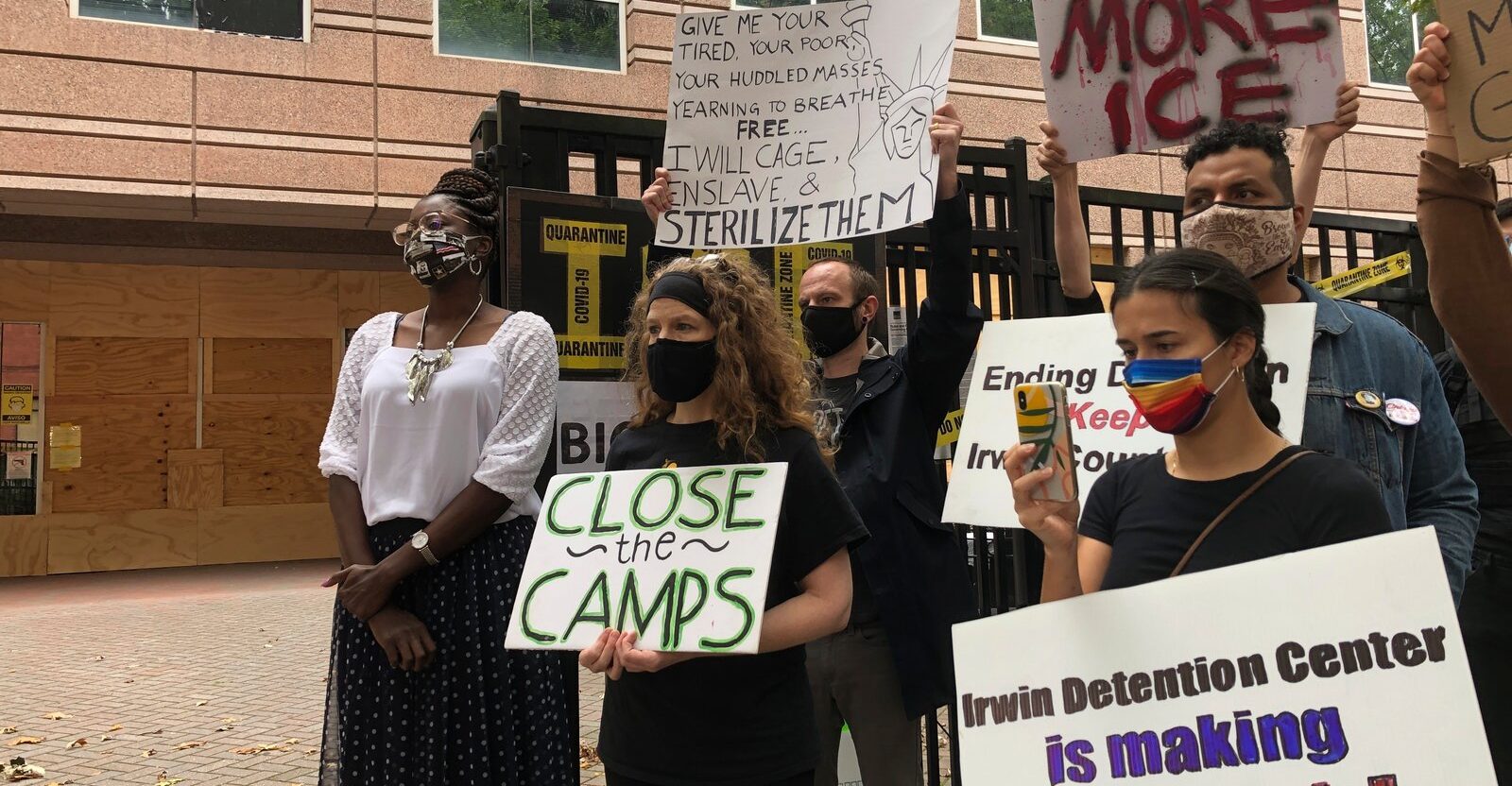 A security guard brandished her gun at demonstrators who forced their way into ICE headquarters in New York City to protest claims of ‘mass hysterectomies’ being performed on immigrant women.

The video of the female guard pointing the weapon at Abolish ICE protestors as they chanted inside the city’s Jacob K Javits Federal Building in Manhattan was posted on social media.

The guard reportedly works for private security firm Paragon Systems, which provides protection for the building that also houses Immigration and Customs Enforcement and FBI offices.

Social media videos show her drawing her weapon and pointing at protestors before quickly holstering it again.

More than 100 protestors marched on the building on 16 September in response to a whistleblower nurse’s claims that a gynaecologist has performed the hysterectomies without consent on women held at a detention facility in Georgia.

“ICE IS GENOCIDE” “Forced sterilization is a horrifying human rights violation with a disturbing past that is closely linked with white supremacy and genocide. We need a full investigation now. If these reports are true, ICE must be held accountable for this shockingly inhumane treatment of those who’ve come to America in search of a better life,” said Pingree in a statement. The concerns raised by a whistleblower Dawn Wooten outlined the high rates of hysterectomies performed in the Irwin County Detention Center, which Ms. Wooten compared to an “experimental concentration camp.” Ms. Wooten also said that hysterectomies were that doctor’s “specialty, he’s the uterus collector.” At one point in the United States, 32 states had eugenic-sterilization laws on their books, resulting in more than 60,000 people being sterilized. Even more recently, incarcerated individuals were sterilized; nearly 150 incarcerated women in California prisons were sterilized between 2006 and 2010. Forced sterilization is a human rights violation that has historically targeted Black and brown women.

When the protestors, some carrying signs reading ‘ICE & DHS agents of genocide’ occupied the lobby where they clapped and chanted.

Protestors remained in the lobby for 20 minutes and the confrontation with security guard occurred towards the end of that, reports the New York Post.

Outside the building walls and walkways were spray-painted with the phrases “Free them all” and “Abolish”, while a security booth with a guard inside had ‘Quit your job” scrawled on it.

Officials say that a revolving glass door was also smashed during the protest.

NYPD says that no arrests were made during the incident.

Neither ICE or Paragon, which provides security for federal buildings around the US, made comment.

The Federal Protective Service, which oversees, the security guards, said the incident is now under investigation, according to the New York Daily News.

Meanwhile, Abolish ICE protestors say they intend to return to the federal building for a second day of action.

ICE has been involved in some of the Trump administration’s most controversial policies, including the separation of children from their families at the border in 2017.