Above Photo: Clean Water Clam, whose founding family has been harvesting clams near the Raritan Bay for four generations, fears that the pipeline would irreparably harm its business.CreditCreditChristian Delfino for The New York Times

In a major victory for environmental activists, New York regulators on Wednesday rejected the construction of a heavily disputed, nearly $1 billion natural gas pipeline, even as business leaders and energy companies warned that the decision could devastate the state’s economy and bring a gas moratorium to New York City and Long Island.

The pipeline was planned to run 37 miles, connecting natural gas fields in Pennsylvania to New Jersey and New York. Its operator, the Oklahoma-based Williams Companies, pitched it as a crucial addition to the region’s energy infrastructure, one that would deliver enough fuel to satisfy New York’s booming energy needs and stave off a looming shortage.

But environmental groups said Williams was manufacturing a crisis to justify a project that would rip apart fragile ecosystems, handcuff New York to fossil fuels and hobble the state’s march toward renewable resources.

The result was an arcane but fevered battle over what was potentially New York’s most fraught environmental decision since it banned fracking in 2014. The fight also took on political overtones, as progressive activists pressed Gov. Andrew M. Cuomo to urge his Department of Environmental Conservation to reject the application, casting it as a threat to his environmental legacy.

In a statement announcing the denial, the conservation department did not refer to the firestorm that had preceded its decision, aside from noting that it had received comments from more than 45,000 people about the project — 90 percent of whom opposed it. The department laid out its decision in technical terms, noting that construction would contaminate New York’s waters with mercury and copper.

“Construction of the NESE pipeline project is projected to result in water quality violations and fails to meet New York State’s rigorous water quality standards,” the department said, referring to what is formally called the Northeast Supply Enhancement pipeline.

While the pipeline had not attracted anywhere near the attention of the Keystone XL or Dakota Access pipelines that carry oil in the Great Plains region, within the insular world of New York politics it became a flash point in a larger debate about fighting climate change, spurring economic development and whether it was possible to marry the two.

Ahead of the decision, a chorus of Democratic elected officials denounced the pipeline, including the New York City comptroller, Scott M. Stringer, and Mayor Bill de Blasio. Hours before the decision was due on Wednesday, 11 United States representatives, including Jerrold Nadler, Alexandria Ocasio-Cortez and Hakeem Jeffries, wrote a letter to Mr. Cuomo in opposition.

Last month, President Trump signed two executive orders designed to speed up the construction of pipelines and make it more difficult for states to reject them.

YES! @NYSDEC has DENIED the permit to build the Williams pipeline! This is a huge win and will stop a dangerous fracked gas pipeline from passing through NY harbor! #StopTheWilliamsPipeline

Mr. Cuomo, for his part, had distanced himself from the dispute. At an unrelated news conference on Wednesday before the decision, he told reporters that he was not involved in the environmental agency’s deliberation process.

But in a nod to the heated nature of the debate, he said, “I told them, ‘Make the decision on the facts, not on the politics,’ and that’s what they’re going to be doing.”

He did not immediately comment after the pipeline decision.

New York regulators noted that they had denied the application “without prejudice,” meaning that the Williams Companies, the pipeline’s operator, could reapply. Company officials said they planned to do just that.

“The Department of Environmental Conservation raised a minor technical issue with our application,” Chris Stockton, a Williams spokesman, said in a statement. “Our team will be evaluating the issue and resubmitting the application quickly.”

Regulators in New Jersey must also decide on the project in June, though the state would not receive any of the gas; officials there said they had not made a decision.

The heart of the debate revolved around whether the pipeline was even necessary.

Vincent Albanese, the director of policy and public affairs for the New York State Laborers, said that scrapping the pipeline would cost his union jobs.CreditChristian Delfino for The New York Times 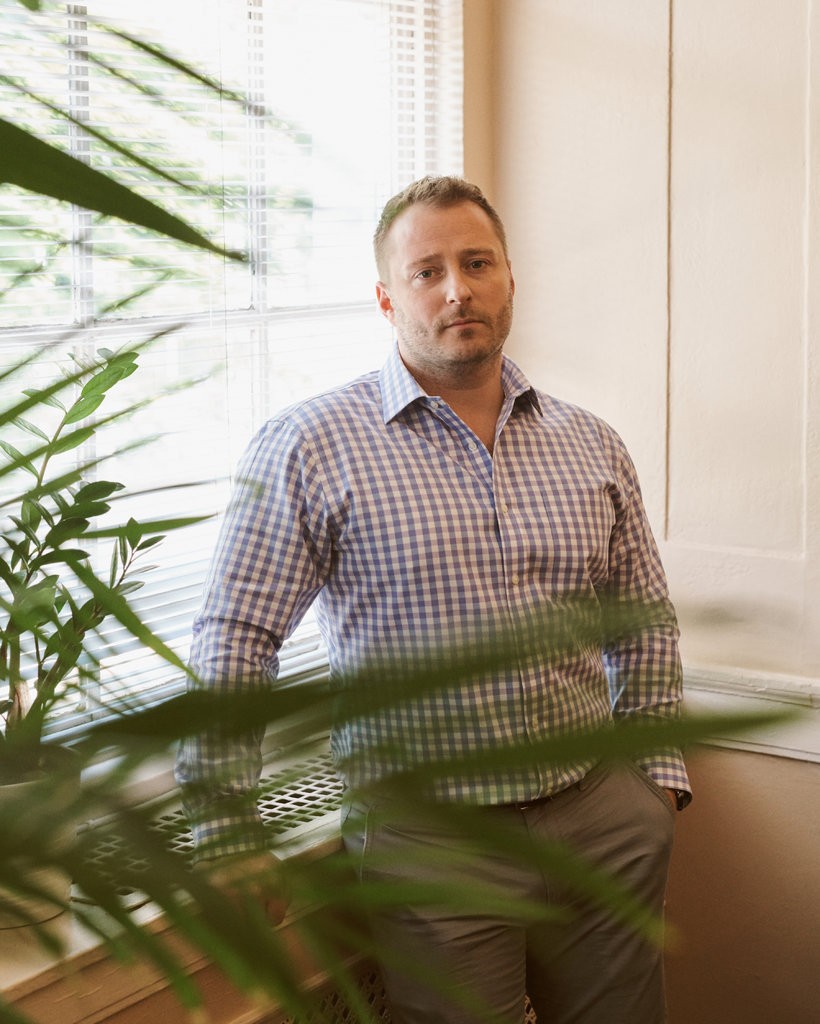 Vincent Albanese, the director of policy and public affairs for the New York State Laborers, said that scrapping the pipeline would cost his union jobs.CreditChristian Delfino for The New York Times

Williams had said the new pipeline could help accelerate the replacement of fuel sources that emit more carbon dioxide — the equivalent, company officials said, of taking 500,000 cars off the road for a year.

More critically, it said, without the extension, billions of dollars in infrastructure and development projects could stall. Williams and National Grid projected that natural gas demand would rise 10 percent in the next decade in New York City and Long Island. National Grid has threatened to impose a moratorium on new gas hookups in New York City and Long Island if the pipeline is not approved, just as Consolidated Edison has in Westchester County.

After New York in 2016 rejected a permit for the Constitution Pipeline Company, another Williams project, the company sued the state; that case is pending.

“The demand for natural gas is at an all-time high, and the existing infrastructure is at capacity,” Scott Hallam, a senior vice president at Williams, said in an interview before the decision.

Mr. Stockton, in his statement after the denial, said he was confident Williams could win approval soon enough to “avoid a moratorium that would have a devastating impact on the regional economy and environment.”

But opponents mounted a two-pronged campaign aimed at discrediting the companies’ statistics and warning Mr. Cuomo of damage to his environmental legacy.

Suzanne Mattei, the former head of the New York City branch of the state’s environmental conservation agency, was commissioned to write a report on the proposed pipeline by 350.org, an activist group that seeks to end the use of all fossil fuels. Her research showed that the claim of unmet gas demand was “a lot of smoke and mirrors,” said Ms. Mattei, who now works as an attorney at a public policy firm.

She pointed to a company presentation by Williams last year that predicted that several states in the Northeast could “experience flat to negative gas-demand growth” in the next 20 years as renewable energy proliferated. And while National Grid said it would need to supply 8,000 new natural gas hookups each year, Ms. Mattei said the number appeared speculative and inflated.

Mr. Stockton, the Williams spokesman, said that national trends did not capture demand for particular states or regions, and that New York’s economic development plans set it apart from the energy needs of other states.

John Bruckner, the president of National Grid New York, called the 350.org report “misleading” and said it “misrepresents many essential facts related to the need for natural gas in our region.”

The proposed Williams pipeline would run just north of Sandy Hook Point in New Jersey, near where there have been whale sightings in recent years.CreditChristian Delfino for The New York Times 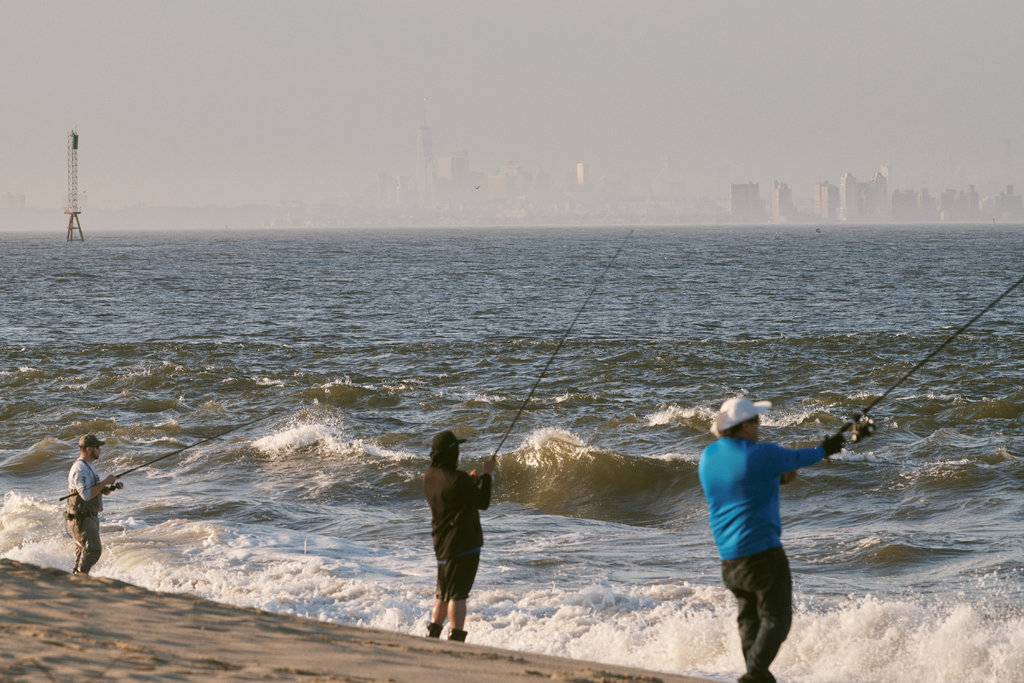 The proposed Williams pipeline would run just north of Sandy Hook Point in New Jersey, near where there have been whale sightings in recent years.CreditChristian Delfino for The New York Times

But the activists’ critiques extended beyond demand, to the broader threat of climate change. Federal officials had also expressed concern on that front. Though the Federal Energy Regulatory Commission on May 3 authorized the project to proceed, one of the four commissioners, Richard Glick, said the body had failed to “give climate change the serious consideration it deserves.” Mr. Glick, a Democrat, was appointed by Mr. Trump.

Activists used that argument to pressure Mr. Cuomo politically with protests and phone-banking campaigns, warning that his progressive credentials would be imperiled if he allowed state regulators to approve the pipeline.

“Banning fracking is a great step in the right direction,” said Robert Howarth, an ecology and environmental biology professor at Cornell University. “Allowing a build-out of gas infrastructure — I think that would just be a very sad addition to that, undercutting the governor’s legacy for sure.”

But Williams and National Grid have considerable political influence, too. Williams hired a lobbying firm, Kivvit, that is led by Mr. Cuomo’s former campaign manager. It also donated $100,000 last year to the Democratic Governors Association, which later gave $20,000 in in-kind contributions to Mr. Cuomo’s campaign.

Mr. Cuomo, who has also made infrastructure a cornerstone of his tenure, has demurred when asked to stop taking money from fossil fuel companies.

The denial was a blow not only to Williams and National Grid but also to New York’s business and labor communities. Vincent Albanese, the director of policy and public affairs for the New York State Laborers, which represents over 40,000 members in the construction industry, said a moratorium on new gas hookups would jeopardize jobs. The union has spent more than $600,000 on Facebook ads in the past year promoting the pipeline, according to Facebook’s database.

Kathryn Wylde, the president of the Partnership for New York City, an influential business group, said investors needed to feel confident in the city’s energy supply.

“The continuity of investment in job creation really depends on certainty about the energy supply,” she said, adding, “It’s clear that it’s not going to be sufficient without the pipeline.”

But opponents of the pipeline said they would redouble their activism against any renewed efforts by Williams.

“The state has made it clear that dangerous gas pipelines have no place in New York,” Kimberly Ong, a senior attorney at the Natural Resources Defense Council, said. “We will continue to ensure this reckless project is shelved forever.”