Above Photo: From Erik McGregor

Dover, NY – The controversial Cricket Valley Gas-Fired Power Plant’s golden-shovel ceremony was disrupted today by a large, golden bell rung by NY voters and local farmers expressing an alarm-bell for regional waters and soil, nearby school children that will breath toxic emissions, decline in quality, local jobs and economy, and a gigantic methane producer at the height of a global climate crisis.

Cricket Valley, an 1,100MW power plant not only locks New York into a future of dirty fuels via the plant’s connection to the Dominion Pipeline expansion, but also slates the connected Iroquois Pipeline for flow reversal expansion to export the gas to foreign markets via Canada putting the health and safety risk on the local community for private profit.

Although Governor Cuomo has made bold statements about being a climate leader, he sets policy to a different tune. He recently issued a Methane Reduction Plan shortly following his 2017 State of the State address where he said “New York must double down by investing in the fight against dirty fossil fuels and fracked gas from neighboring states.” He further took a stand against President Trump’s withdrawal from the Paris Climate Accord and pledged climate action with governors across the U.S. “If Washington won’t act, New Yorkers will,” he wrote on Twitter. “We’ve set bold renewable energy goals and will invest in a sustainable future.”

Cuomo’s programs like Reforming the Energy Vision (REV) aimed to revamp New York’s electric grid with clean and affordable energy to all New Yorkers, is counter to the reality of the massive buildout of fracked gas infrastructure we see in New York State. He is even going as far as issue Request for Proposals (RFP’s) this July to power Empire State Plaza in Albany with fracked gas disguised as a clean energy microgrid.

Local resident Cindy Beach states, “My entire childhood was spent here. It was very rural and many farms then. The building of this infrastructure is very disturbing to me especially for the several children’s schools near this plant. Wingdale Elementary School, 2.5 miles from Cricket Valley, Dover Elementary School 4.5 miles, Dover Middle School 0.9 miles, and Dover High School 0.9 miles from the plant. Where does the school administration stand on the safety of our children? Are they aware of the health consequences of gas infrastructure?”

Local farmer and land-owner in Amenia, NY, Devin Kyle Irby states, “Like many who have bought farms in this beautiful region, we here to be part of a cleaner future. I was saddened and appalled to hear that this power plant would be part of the fracked gas nightmare. This “transition fuel” is literally destroying the water table throughout North America. Sold as clean, most of us who honor water and work for future generations know this is a ‘Transition’ to a dead planet with polluted water and air. We need to draw a line in the sand and support only solutions which are truly renewable part of a living future.”

Southern Tier resident and local organizer with Mothers Out Front, Lisa Marshall states, “On the other end of this pipeline and  power plant is my home. Dominion has shown craven disregard for the health, safety, and private property of the communities where it has sited its compressors. Their permit applications were deeply flawed and inaccurate. The technology employed does not meet the highest available standard for environmental protection. They’ve been consistently dishonest about the full impacts of this project from the start.”

A growing and powerful movement across New York State, responsible for the ban on high-volume hydraulic fracturing, or fracking, backed by science and health professionals asserts the ancillary infrastructure is preventing a full transition to an equitable, renewable economy 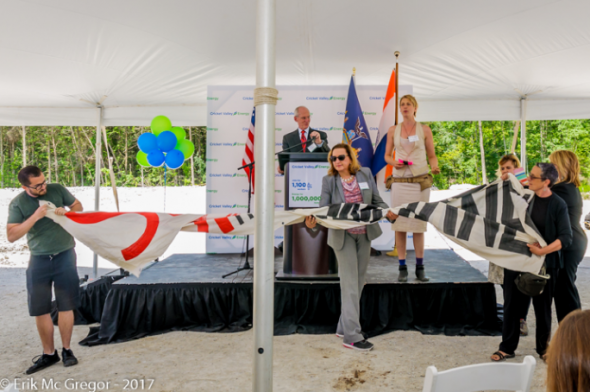 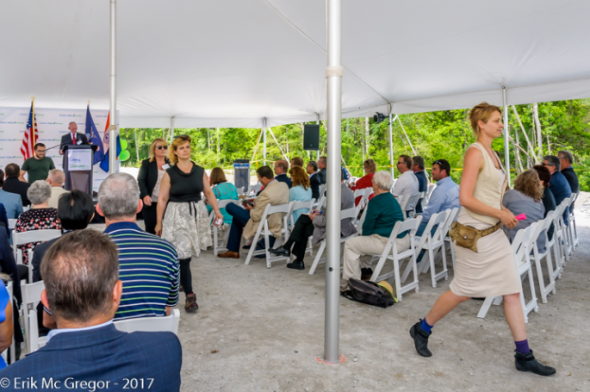