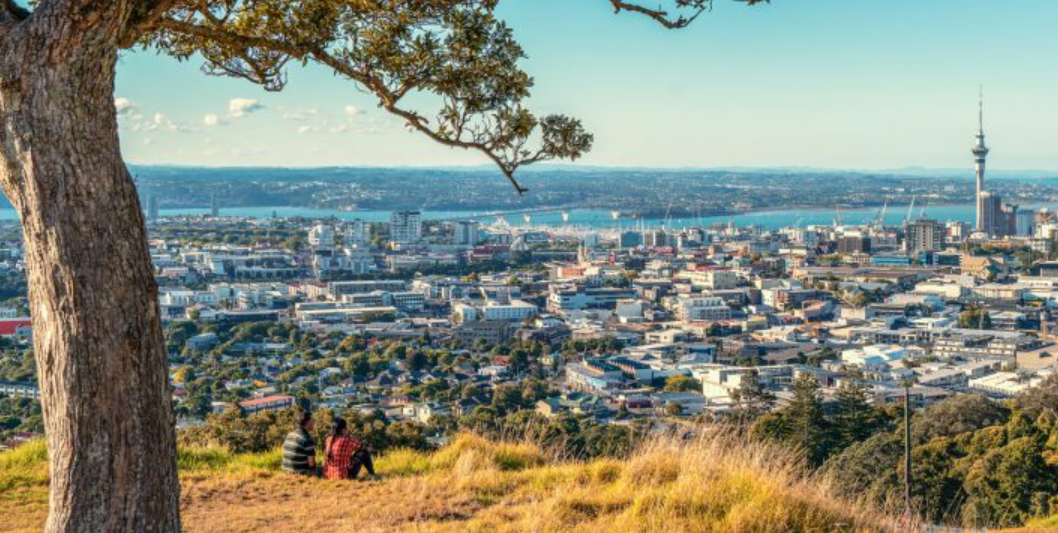 New Zealand Is Infusing Policing With A Social Work Philosophy

Nimble, culturally nuanced and collaborative, this Māori-led response gets to the roots of family violence.

A call for help from domestic or family violence is made on average every four minutes in New Zealand, whose high statistics regularly top global lists. And South Auckland is the country’s ground zero, where 23,000 calls come in yearly for family violence.

The area also has a large Māori and Pacific Islander population, but New Zealand’s police force is mostly white. Encounters between residents and officers summoned to respond to family disputes have often ended with arrests made and children funneled into emergency state care, where a bewildering bureaucracy of government agencies and community organizations await. Families regularly fall through cracks between services that compete for funding. Often, when help comes, it arrives too late, or doesn’t reflect the culture of perpetrators and victims.

“By the time you blink, you’ve got children living in a virtual war zone, and it’s been a year down the track with five or six more incidents,” said Jonelle McNeil, an operations manager for Barnardos, a New Zealand nonprofit that deals with children and their families impacted by family violence.

Māori are twice as likely to be victims of intimate partner violence compared to all New Zealanders. It is a reflection of the generational trauma facing families whose parents or grandparents moved away from tight-knit, tribal communities to the largely unfulfilled promise of urban jobs. This is layered over the impact of European colonization that began in the 1800s. (According to scholars who’ve studied the roots of the issue, violence toward a female partner was unacceptable in Māori society before European settlers enforced a gendered belief system.)

But a new Māori-led response to family violence in South Auckland is showing early signs of success in addressing the problem. Te Taanga Manawa — a Māori term meaning a place of rest and safety — was launched in March, bringing together 13 government, Māori and community agencies, including local police, in a single building. The multi-agency team ensures a collaborative response that is quicker and more culturally nuanced. As advocates for law enforcement reform in the U.S. wrestle with racial bias in police violence and seek more effective alternatives to traditional policing, New Zealand’s experiment bears watching as a model for how police work and social work can be threaded together.

“It works well because there are no barriers, no bricks and mortar to separate the opportunity to deal with whānau [families] quickly and directly,” said Dee-Ann Wolferstan. She is the chief executive officer of Te Whare Ruruhau o Meri Trust, a social justice arm of the Anglican Church, and Te Iwi o Ngati Kahu Trust, the support service of a Māori tribe. Both organizations are involved in Te Taanga Manawa.

“Some families, as soon as they see blue uniforms, they are a bit uneasy.”

Te Whare began experimenting with a multiple-agency approach to family violence in 2018 by joining with Barnardos and Fonua Ola, a nonprofit organization that serves Pacific Islander families. The organizations shared information, brainstormed together, and presented one cohesive strategy to each family. That meant families had just one point of contact, said Wolferstan, “instead of a million.” Within 12 months, more than 90% of families referred to the initiative agreed to participate in programs like parenting classes, a jump from 20%.

New Zealand Police played a role in creating Te Taanga Manawa. In 2018 and 2019, they invited government agencies and nonprofits like Te Whare to work out of a South Auckland police station during the December holiday period, when family violence tends to spike. The arrangement proved to be so effective that it was unanimously decided the one-room, many-agency approach should be permanent. “Police haven’t really made a big difference in the last 20 or 30 years,” said Inspector Ann Wilkie from New Zealand Police. “We had to start thinking about how to address intergenerational family violence.”

In South Auckland, local police still respond to the initial incident. But instead of looking at the incident through just a law-and-order lens — make arrests or remove the perpetrator — they seek the root causes of family violence. “Is this a food issue?” said Wilkie. “Are there drug and alcohol issues? Have people lost their jobs? Do the children look malnourished?”

That information is instantly relayed back to Te Taanga Manawa through a phone app. Each morning, representatives from the different entities hold a meeting to determine who will handle each family violence incident. If mental health is the dominant cause of an incident, then Friendship House, a mental health organization, assumes the lead. If it’s money pressure, then the Ministry of Social Development, the government agency that deals with welfare payments, takes over. The cause of family violence is often multiple issues, so the lead entity for each family leans on the expertise of other agencies and organizations at Te Taanga Manawa.

Families typically receive a follow up within 24 hours of an incident. Previously, organizations might not have been notified about an incident until days or weeks later. Response time is crucial because families are more likely to accept help if it comes within hours of an incident, not days, according to Wolferstan. Once that window closes, families often reconcile without addressing the cause, creating a cycle of incidents. If families receive intervention early, “then they are vulnerable enough to understand that it is not OK, that they shouldn’t operate that way and that shouldn’t be the way we keep our children safe,” said Wolferstan.

Mark Henaghan, a law professor at the University of Auckland, isn’t directly involved with Te Taanga Managa but has watched its progress; he calls it “the best model by a country mile, but it has been very hard to get it going.” Since the 1980s, government agencies and nonprofit organizations have competed for government contracts and donations, “so they tend not to work that well together,” he said.

The country’s coronavirus response added a new set of complications. The hub was set to open in April this year. But New Zealand went into a strict Covid-19 lockdown in March, with the government enforcing a nationwide shutdown of schools, restaurants, and non-essential workplaces for five weeks. With South Auckland families holed up in cramped houses amid financial and other anxieties, family violence incidents were expected to jump, so the Te Taanga Manawa team collected a hodgepodge of old police furniture and moved into the incomplete office. Family harm incidents increased by 20 percent in the first week, but the hub team was able to provide an agile response, said Wolferstan.

Whai Reewhi Matthews is a counselor for Friendship House, an organization that brings mental health expertise to the hub. He previously worked out of Friendship House’s offices; now he sits at a desk surrounded by police, government agency workers and representatives from the other organizations. Information is shared rather than guarded. Communication is a face-to-face conversation rather than emails and paper reports.

During the Covid-19 lockdown, Matthews was assigned a mother living in a car following a violent incident with her partner. Her 10-year-old daughter was with her. Within two hours of getting the case, Matthews was able to arrange emergency housing — a representative for the government’s housing department sits a few desks over. “Previously, I would have got [the mother’s] task two weeks later, and she would be on her third or fourth phone trying to distance herself from the perpetrator,” he said. “I wouldn’t have got through to her, so I would have closed her file.”

The relationship between some Māori communities and police is also strained. New Zealand’s prison population is more than 50% Māori, but only 16.5 percent of the population. “Some families, as soon as they see blue uniforms, they are a bit uneasy,” said Matua Mawene Birch, who is considered a kaumātua, a respected Māori elder (Matua is a title that means father or uncle). One of Birch’s roles at Te Taanga Manawa is to ease the tension between residents and police.

When he visits a Māori family, Birch relies on whakapapa (pronounced fa-ka-pa-pap), or genealogy, to build rapport. In one recent case, a white police officer struggled to have a positive interaction with a family violence perpetrator, who is Māori. Back at Te Taanga Manawa, the officer asked Birch for help. Birch noticed the perpetrator’s last name was from his iwi, or tribe. They were connected, a bridge-building concept in Māori culture. Birch went back to the house with the officer and eventually, the perpetrator agreed to enter a social program. “We can get them around their identity,” said Birch. “A lot of frustration comes from not knowing who they are and where they are from.”

New Zealand’s initial Covid-19 response was globally celebrated for its effectiveness: It snuffed out the virus in the general population for three months. But as the nation reopened, new cases in August sent Auckland into a shorter and less severe lockdown. As in other nations, the pandemic’s economic damage is adding new strains. New Zealand depends heavily on its tourism industry, which has collapsed with the halt in international travel. And while national unemployment has yet to dip as low as many feared, thanks to the government’s wage subsidy, job losses could accelerate when the subsidy ends, with Māori disproportionately impacted.

The disease itself has also targeted the Māori community, which has higher rates of pre-existing health conditions like heart disease. Fears surrounding the virus echo another historical trauma, as the diseases of early European colonists annihilated many Māori.

As these and other stressors add up, the members of  Te Taanga Manawa are bracing for a heavy workload in the months to come. “The majority of who we work with are the working poor,” said Wolferstan. “Unfortunately, we believe Māori will be highly impacted.”