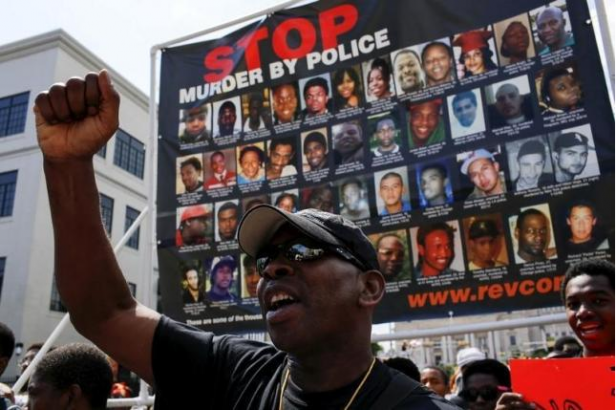 Newark Police To Revamp Stop-And-Frisk In Civil Rights Accord

Police in Newark, New Jersey, will institute sweeping reforms to resolve allegations of widespread civil-rights violations under the supervision of a federal monitor, U.S. and city officials announced on Wednesday.

The changes will settle allegations by the U.S. Justice Department that the police department in New Jersey’s largest city engaged in a pattern of unconstitutional practices that targeted black residents for unwarranted street stops, used excessive force and stole residents’ property.

“Far too many police reports have failed to describe a constitutionally adequate reason for stops of people on the street,” Paul Fishman, the top federal prosecutor in New Jersey, told reporters.

The reforms were part of a 74-page consent decree that requires approval from a federal judge.

The agreement comes amid national tensions over police encounters with members of minority groups, which have sparked frequent protests often led by the Black Lives Matter movement.

Fishman said the department’s policies suffered from a lack of clarity, leading to the view that “simply being in a high-crime area is, in and of itself, criminally suspicious.”

The department agreed to revamp its stop-and-frisk and use-of-force policies and to track such cases to ensure there is no racial bias. Nearly all officers will wear body cameras.

The former manufacturing center has struggled to combat its image of urban blight and crime. One-third of families with children under the age of 18 live in poverty, according to U.S. Census data.

The Justice Department has reached similar settlements with other cities in recent years, including Ferguson, Missouri. The department is also probing the Chicago Police Department in the wake of several high-profile police shootings of minority residents.

Newark’s city council voted earlier this month to create a civilian complaint board, one of the reforms required by the settlement.

Udi Ofer, executive director of the American Civil Liberties Union of New Jersey, said the agreement was “50 years in the making.”

Rebuilding trust between police and residents may take time, however. Marc King, 68, a black resident, said nothing short of a top-to-bottom “overhaul” of the department would fix its problems.

“It’s a known fact that they target minorities,” said King, a construction worker.

“I think police need to go back to what it says on the car: protect and serve,” said Sholomo, as he ate a brownie in a downtown Newark park. “Some officers just think they need to protect, and they forget about the serving part.”