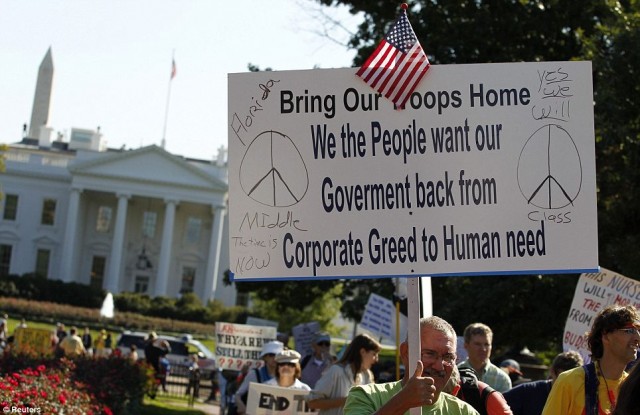 Newsletter – A Peek At Empire

Its impacts are all around us, but it is rarely mentioned. What is it? Empire, and it’s time to bring it out of the shadows. We take a peek at the history of US Empire and how it continues to grow and be all-consuming today.

The Empire Economy plunders our national treasury and robs us of jobs, education, healthcare and a future while serving transnational corporations. The US military is the biggest single user of fossil fuels which pollutes the planet and worsens the climate crisis. Our ‘American Way of War’ targets the basic necessities of life like power stations, hospitals and water plants for destruction and turns peaceful people against each other causing chaos and creating a vacuum for extremism and aggression against the US. The Pentagon cannot be audited but demands more every year.

The war culture pervades our society, brainwashing us from toddlerhood to revere the mass killing of war. Militarism invades our country in the form of SWAT teams and para-military units. People exercising their constitutionally protected political rights by protesting the injustice of a police killing of an unarmed person, or against Wall Street for their corruption and role in inequality, are met by heavily-armored police .

If you stop for a moment and think about it, you will see that this situation is ludicrous. In “Recovering from Militarism,” Robert Koehler urges us to ‘demilitarize the military’. He quotes Gregory Foster, writing, “our only alternative is to ‘reconsider the very purpose and function of the military and to reorient it accordingly. That would mean transforming a cumbersome, stagnant, obsolescent, irrelevant warfighting force — with its own inbuilt self-corrupting qualities — into a peacekeeping, nation-building, humanitarian-assistance, disaster-response force far more attuned to a future it helps shape and far more strategically effective than what we now have.'”

It All Begins With Understanding History

To understand how critical it is to transform the US military, it is important to understand the US role in creating instability throughout the world in order to control access to resources for US corporations. Gen. Smedley Butler described war as a ‘racket’, saying he was a “high-class muscle man for Big Business, for Wall Street and for the bankers.” This has been done overtly through invasions and bombing and covertly through institutions such as the CIA and its accomplices, the National Endowment for Democracy (NED) and US AID, that foment ‘revolution’ and create coups.

Robert F. Kennedy, Jr. traces US interventions in the MidEast over the past 75 years in “Why the Arabs Don’t Want Us in Syria.” In particular, the US violated the 1941 Atlantic Charter, the formal pledge that all the former European colonies would have the right to self-determination following World War II, that FDR strong-armed the UK and other colonizing countries into signing before the US would join World War II against facism. While this history is not taught in the US, Arab countries are well aware of it and it informs their actions today. Ryan Harvey connects the dots to US responsibility for the refugee crisis and calls for cross-border solidarity to support the refugees and those working for radical change in their countries.

Under the Obama administration, the US has pointed a large portion of the military at Asia and is forcing bases and changes to laws in other countries to gain access to their land and military. In Japan this week thousands protested new laws that have fundamentally changed their military into an aggressive force rather than a defensive, pacifist force that it has been for decades. On the Island of Okinawa, residents protest the construction of a new US military base in an ecologically-fragile area daily. Similarly, residents of Jeju Island, the ‘peace island’, have been protesting construction of a US military base there. To understand the horrendous US history in Korea, and Jeju Island in particular, read this article we wrote a few years ago.

The US is also forcing its military on the Philippines through the innocently-sounding “Enhanced Defense Cooperation Agreement.” There have been mass protests against this agreement and a people’s tribunal has highlighted US responsibility for human rights abuses in the Philippines for corporate profit. This week, Catholic bishops in the Philippines expressed opposition to five new US military bases.

Opposition to US militarism and meddling is also growing in Latin America. After President Obama’s recent visit to Cuba, accompanied by 1,200 big business representatives and government officials, Fidel Castro stated that the people of Cuba would not forget the imperial history of the United States and “do not need the Empire to give us anything.” Mackenzie McDonald Wilkins wrote about US intervention in Cuba, which includes hundreds of attempts to assassinate Castro.

After his trip to Cuba, President Obama traveled to Argentina to meet with the new right-wing president Mauricio Macri, His visit coincided with the fortieth anniversary of the US-backed coup there. Thousands protested Obama’s visit, including burning the US flag near where Obama and his family stayed.

Much of the US intervention in Latin America has been done to gain access to land oil and minerals. Last month, a very high-profile trial took place in Guatemala to expose the violent human rights abuses inflicted upon those who tried to protect their land from being stolen from them. Similar abuses are committed to stop people from protesting megadam projects backed by Wall Street. In the Honduras, Berta Caceres and Nelson Garcia were recently murdered for such activism. We are happy to announce that Gustavo Castro Soto,who witnessed Berta’s murder, has returned safely to Mexico.

Right now Brazil is in crisis as President Dilma Rousseff is facing impeachment. Eric Draitser connects the turmoil in Brazil to Wall Street and Washington. Of course, Brazil is a key member of the BRICS bank which is challenging global financial elites.

It seems pretty clear that the United States does not have an effective plan for resolving conflict in the Middle East, so activists are stepping up to put pressure on US allies in the region. European Union countries and Canadian activists are passing resolutions and using the judicial system to halt weapons sales to Saudi Arabia.

The Boycott, Divestment and Sanctions (BDS) movement to end Israeli Apartheid was started in 2005 by more than 170 Palestinian organizations to put pressure on Israel in a non-violent way to end the illegal occupation of Palestinian land. It has grown into an international movement that is having a substantial impact, much like the divestment movement targeting South Africa in the 1980’s.

In response, extremist pro-Israel groups such as AIPAC are organizing to stop the BDS movement. This was a major theme at the recent AIPAC meeting in Washington, DC where efforts that included stopping campuses from participating in the divestment were discussed. Celebrities are being drawn in to oppose the BDS movement and the Israeli intelligence minister went so far as to call for the ‘targeted killing’ of BDS activists. Arguing that these efforts violate constitutional rights, a few members of Congress in the US put forth legislation to stop these anti-BDS efforts.

The failed ‘War on Drugs’ is receiving greater attention. It is directly connected to US efforts to invade, militarize and dominate Latin American countries. A new study finds that the War on Drugs has harmed public health and points to positive outcomes in countries that have decriminalized drug use. The ‘Caravan for Peace, Life and Justice‘ is traveling from the Honduras to New York and Washington, DC so that victims can tell their stories of ways the War on Drugs has led to violence against their families. It will conclude with the School of Americas Watch Spring Days of Action.

There are many solidarity efforts being organized to build a more peaceful and just world. We can end the centuries of US Empire and repair  the damage it has done. Majorities of people around the world desire peace.

When asked if such a giant task is impossible Robert Koehler responded, “Only if we concede that we have no future.” In fact, we do have a future and it is not yet defined. It is our job to create the future we want to see.