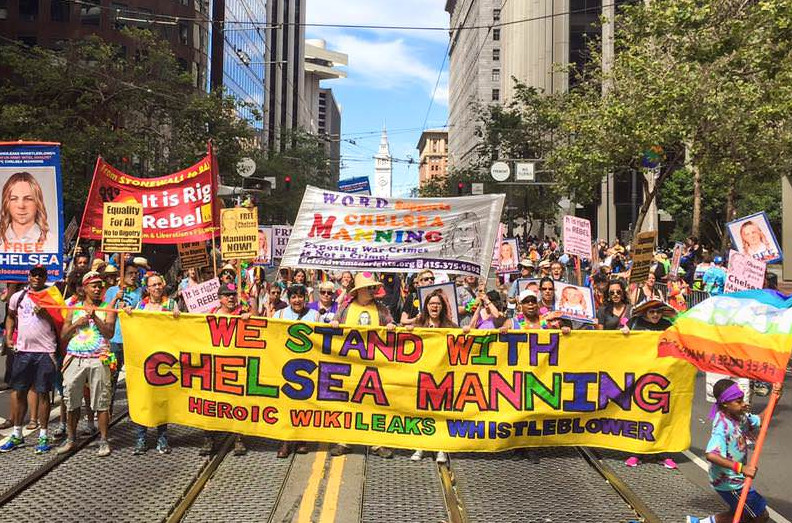 This week, the John F. Kennedy School of Government announced that Chelsea Manning would be a visiting lecturer at Harvard University. This was a tremendous breakthrough, finally students destined to be leaders of government and private business would be told important truths about the role of the United States’ military and intelligence agencies around the world and future business leaders would get some understanding of how US foreign policy inappropriately serves the interests of transnational corporations – even if it means mass slaughter of civilians, spying on leaders of governments and war crimes by the US military and intelligence agencies.

The JFK school at Harvard is an important audience that includes top government officials at the federal, state and local level of government from the executive, legislative and judicial branches. The same is true of top officials from governments around the world. But it is not limited to government leaders, journalism, business and non-profits also come from Harvard and the JFK School. Sadly, it was not to be, as Harvard picked torture apologists over Manning and dis-invited her under tremendous pressure from the CIA and the US security state.

Excommunication from Harvard did not silence Manning, in fact it may make her voice even louder. A few days after the incident, she was interviewed by filmmaker Eugene Jarecki at The Nantucket Project. She defended her actions in exposing the truth and expressed honor at being dis-invited from Harvard. Jarecki also interviewed Julian Assange.

This temporary breakthrough would have opened the eyes of people to someone who exposed the true actions of the government, whether it was about a foreign policy that serves business interests or a military that rationalizes war crimes.  The CIA did not want that discussion so they and their allies used their pressure to stop Manning from speaking at Harvard. Who knows where understanding of these realities would have led? And, that seems to be what the military, intelligence and foreign policy establishment feared. They used their power to silence Manning at Harvard.

Chelsea Manning did not seek a conflict with the US military. In fact, she joined the military and served it to the best of her abilities. She believes in the Unites States. She entered the military as a patriot. While she was pardoned after serving seven years of a 35 year sentence in military prison, she remains a patriot.  Exposing the truth, especially if doing so includes exposing crimes, should not be a crime. It should be applauded. We need to know that when the US government commits crimes,  we are all responsible. Those who had Manning dis-invited fear the truth and hate truth tellers like Manning. The question why answers itself.

Manning acted out of her conscience because of what she saw. That she was compelled to provide documents that were raw reports of the day-to-day activities of the US military in Iraq and Afghanistan, the State Department’s role around the world working on behalf of US corporations and the activities at the Guantanamo Prison should have been seen as acts of patriotism. They were a tremendous opportunity for students at Harvard to understand what they could do in government and business to improve the nation and how important it is to expose the truth, not fear it.

It was not the cheerleading kind of false patriotism that applauds everything US foreign policy does, but a deeper patriotism that allows the people of the United States, a democratic country where the people are supposed to rule, to know what was being done in their name by the US military, intelligence and foreign policy officials. The information she provided was an opportunity to reflect on the actions of the United States, correct its errors and improve its role in the world.

Once the people are aware of what the government is doing, they can debate whether things need to change. Does the US need to be killing massive numbers of civilians, including reporters? Does it have to be working overtime for US transnational corporations for cheap labor and theft of natural resources? Should the US be involved in widespread torture and brutal interrogation around the world? Does it need a massive spying program that monitors foreign leaders and its own people? Adding it all up – is this the kind of government the people of the United States want?

Thanks to whistle blowers like Chelsea Manning, Edward Snowden and others, the people of the United States know more about how their country works and what it actually does. Isn’t that how it is supposed to be in a democracy? Should our debate be limited to expressions of good works by the United States? Isn’t it more important to understand the faults of our country? 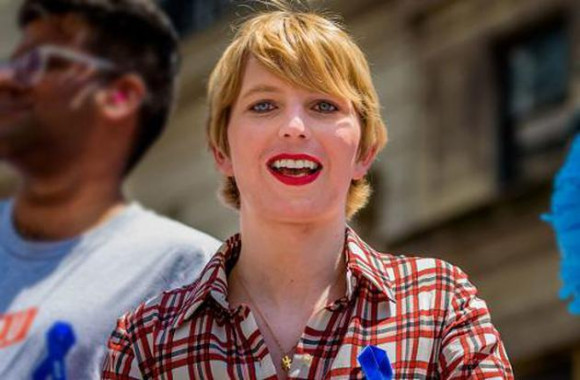 Chelsea Manning exposed war crimes in Iraq, Afghanistan and Guantanamo Bay. She also exposed how the US State Department participates in wars and negotiates on behalf of transnational corporations. These are all very important and underreported leaks. Perhaps when more time is put between the truth in the documents and when the actions occurred, historians will be able to examine them and report on the realities of US foreign policy. These are realities that many are not ready to face.

The reaction of the security state to Manning’s appointment at Harvard showed that they want to cover up the first-hand documents Manning shared and the crimes they describe. When Manning was appointed to teach at Harvard, the security establishment began to freak out. Former CIA director, Michael Morrell, who defends drone killings, torture, mass surveillance and war crimes, wrote the dean of the Kennedy School, Douglas Elmendorf.  He insisted that it did not matter what the Manning documents proved, it mattered that they were classified documents – as if ‘we tried to hide it and got caught – was an excuse. He protested by resigning.

Morrell was followed by various neocon war and intelligence hawks, including the current CIA director, Michael Pompeo. Pompeo cancelled a scheduled appearance at the JFK School. He described Manning as a convicted felon – yes, no matter that she was convicted for exposing US crimes – and claimed that “WikiLeaks is an enemy of the United States akin to a hostile foreign intelligence service.”

In a better world, these people would look in the mirror and ask – what am I part of? What have I and my colleagues done? Why am I serving the interests of big business rather than the people of the United States? Why am I so afraid of the truth getting out about US foreign policy?

The dean of the JFK School tried to explain “We invited Chelsea Manning because the Kennedy School’s longstanding approach to visiting speakers is to invite some people who have significantly influenced events in the world even if they do not share our values and even if their actions or words are abhorrent to some members of our community.” Well, the truth seemed to be too much for the US security state. They continue to deny it rather than face it and learn – and they want to make sure future security state personnel, foreign policy officials, business leaders and the media do not even think about looking at the truth.

After making her case to Harvard, Manning once again did the right thing. She hung up on them. 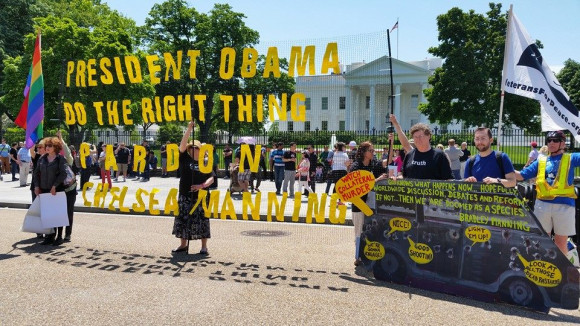 Chelsea Manning saw crimes and exposed them. Her detractors are aware of the crimes and even commit them. Rather than self-evaluation, they continue to hide the crimes even though they are in the public and people can read them.

For her part, “Manning said Harvard’s decision signaled to her that it’s a ‘police state’ and it’s not possible to engage in political discourse in academic institutions.”

“‘I’m not ashamed of being disinvited,'” she said. “‘I view that just as much of an honored distinction as the fellowship itself.'”

The so-called Deep State of Security, Intelligence and foreign policy agencies could learn a lot from Manning about shame. Unlike her, they fear people knowing the truth about them, indeed they fear looking in the mirror and seeing the unpatriotic truths about themselves.

Disclosure: Kevin Zeese served as a board member of the Chelsea Manning Support Network and worked to have her released shortly after she was arrested.