The shocking election result in the United Kingdom – the Conservatives losing their majority and the creation of a hung Parliament; and Jeremy Corbyn being more successful than any recent Labor candidate – cutting a 20 point Theresa May lead down to a near tie – gives hope to many that the global shift to the right, fueled by the failures of governments to meet the basic needs of their population and growing economic insecurity, may be ending. 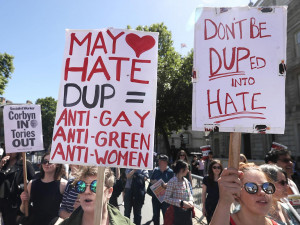 Corbyn is a lifelong activist (as you will see in the photos below), whose message and actions have been consistent. He presented a platform directed at ending austerity and the wealth divide and was openly anti-war. There are a lot of lessons for the Labor Party in the UK from this election but there are also lessons for people in the United States. We review what happened and consider the possibilities for creating transformative change in the United States.

The Corbyn campaign showed that a political leader urging a radical progressive transformative agenda can succeed. Many in his own party, the neo-liberal pro-war Blairites, claimed Corbyn could not win, tried to remove him from leadership, and sabotaged and refused to assist his campaign.

Corbyn showed he could win the leadership of the UK in the future, maybe sooner than later. While Theresa May is in the process of forming a minority government with a small radical conservative party from Northern Ireland, there has already been a backlash, mass petitions and protests against it and UK history has shown in similar circumstances that the second place finisher, may, in the end form the government. Corbyn is taking bold and radical actions. He is preparing to present a Queen’s speech in which he will say that he and his party are “ready to serve” and will continue to push his program through Parliament. He is calling on other parties to defeat the government in Parliament. 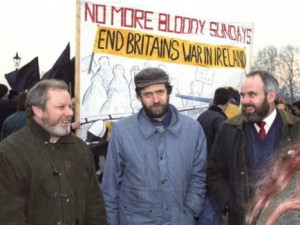 Corbyn did better than any recent Labor leader. Jonathan Cook, a British political commentator, writes in “The Facts Proving Corbyn’s Election Triumph” that Corbyn received 41 percent of the vote against May’s 44 percent. This was a big improvement in Labor’s share of seats, the largest increase since 1945. Cook points out that Corbyn won more votes than “Ed Miliband, Gordon Brown and Neil Kinnock, who were among those that, sometimes noisily, opposed his leadership of the party.” Even Tony Blair does not look all that good compared to Corbyn, Cook recounts:

“Here are the figures for Blair’s three wins. He got a 36 per cent share of the vote in 2005 – much less than Corbyn. He received a 41 per cent of the vote – about the same as Corbyn – in 2001. And Blair’s landslide victory in 1997 was secured on 43 per cent of the vote, just two percentage points ahead of Corbyn last night.

“In short, Corbyn has proved himself the most popular Labour leader with the electorate in more than 40 years, apart from Blair’s landslide victory in 1997.” 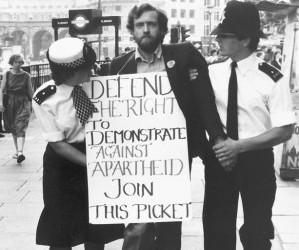 Bhaskar Sunkara, the founding editor of Jacobin, writes that Corbyn was not only campaigning against the Tories and Theresa May, but battling his own party – yet he still “won”:

“This is the first election Labour has won seats in since 1997, and the party got its largest share of the vote since 2005 — all while closing a twenty-four point deficit. Since Corbyn assumed leadership in late 2015, he has survived attack after attack from his own party, culminating in a failed coup attempt against him. As Labour leader he was unable to rely on his parliamentary colleagues or his party staff. The small team around him was bombarded with hostile internal leaks and misinformation, and an unprecedented media smear campaign.

“Every elite interest in the United Kingdom tried to knock down Jeremy Corbyn, but still he stands.” 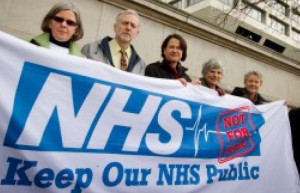 The Blairites were taught a lesson by Corbyn. Many of his harshest critics are now changing their tune and embracing Corbyn. Hopefully they will join in creating a party in Corbyn’s image – a party for the many, not the few. Corbyn has rebuilt the mass base of Labor. The party is now the largest in Europe with half a million members. It is time for the “leaders” of Labor to follow the lead of the people and of Jeremy Corbyn.

What can we learn regarding US politics?

Sunkara argues Corbyn demonstrated that a winning campaign strategy is “to offer hopes and dreams to people, not just fear and diminished expectations.” In current US terms that means it is insufficient just to oppose Trump, a positive vision for the future that shows what a candidate and party stand for is needed, e.g. it is not just enough to defend the failing Affordable Care Act and oppose the Republican’s American Health Care Act, you must stand for something positive: National Improved Medicare for All. This is one example of many. 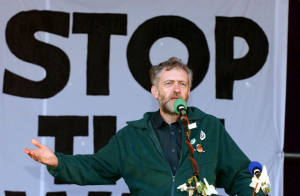 “Labour’s surge confirms what the Left has long argued: people like an honest defense of public goods. Labour’s manifesto was sweeping — its most socialist in decades. It was a straightforward document, calling for nationalization of key utilities, access to education, housing, and health services for all, and measures to redistribute income from corporations and the rich to ordinary people.

“£6.3 billion into primary schools, the protection of pensions, free tuition, public housing construction — it was clear what Labour would do for British workers. The plan was attacked in the press for its old-fashioned simplicity — “for the many, not the few” — but it resonated with popular desires, with a view of fairness that seemed elementary to millions. 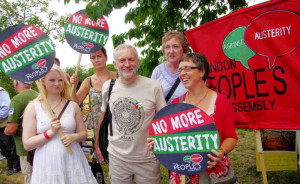 “The Labour left remembered that you don’t win by tacking to an imaginary center — you win by letting people know you feel their anger and giving them a constructive end to channel it towards. ‘We demand the full fruits of our labor,’ the party’s election video said it all.”

Corbyn showed how important it is to have the correct analysis on foreign policy. Twice during the campaign, the UK was hit by a terrorist attack. Corbyn responded by telling the truth: part of the reason for terrorism is the UK foreign policy, especially in Libya. He also opposed the use of nuclear weapons. The Conservatives thought these anti-war positions would hurt Corbyn, instead they helped. 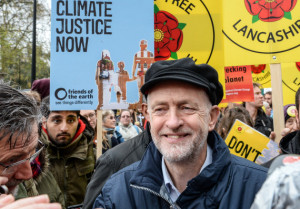 This is even more true in the United States with the never ending wars the country is fighting. But, the unspeakable in the United States, as Paul Street calls it, is acknowledging that terrorism is conducted by the US. This taboo subject makes it hard for people to understand that the US is constantly committing acts of terrorism around the world, which lead to predictable blow back from US militarism, regime change and war. No elected official will tell these obvious truths, which the people of the United States would instinctively understand if they were voiced.

Although the U.S. is often portrayed as a ‘center-right’ nation and progressives are called extremists, the reality is that there is majority support for a progressive agenda. There is a developing national consensus in the United States for transformational change, and Bernie Sanders articulated some of that consensus, at least on domestic issues, in his run for president, but the problem is that U.S. elections are manipulated by the elites in power who make sure that their interests are represented by the winner 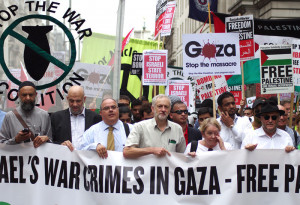 Sunkara ends his article on Corbyn saying “Also, Bernie Sanders would have won.” We do not know what would have happened in a Trump-Sanders election. The closest example may be McGovern’s 1972 campaign against Nixon which he lost in a landslide. In that campaign, the Democrats deserted their candidate, even the AFL-CIO and big unions did not support McGovern and Nixon demonized him in the media. Would Clinton-Democrats have stood with Sanders or would they have sabotaged him like the party did to McGovern?

A key to Corbyn’s success was retail politics.  The population of the UK is 65 million, compared to the US population of 321 million. Retail politics can work in the UK, while in the US paid media advertising drives the campaign, which means money often determines the outcome. This gives great power to big business interests, and while it can be overcome, it is a steep hill to climb.

Despite their significant losses, the Democrats are still controlled by Clinton-Obama Wall Street and war neo-liberals as we saw in the recent DNC chair election where Clinton protégé, Tom Perez, was elected. We are not optimistic that the US can apply the Corbyn model within the Democratic Party because it has been a party representing the oligarchs from its origins as the party of plantation slave-owners. 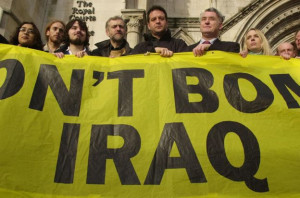 The duopoly parties that represent Wall Street, war and empire will not allow voices that represent “the many, not the few” to participate in US elections. They shut them out whether they run as an insurgent inside a party, as people learned from the mistreatment of Bernie Sanders by the DNC, or if they run outside of the two parties. The bi-partisans make independent party runs nearly impossible with unfair ballot access laws, barriers to voter registration, secret vote counting on unverifiable election machines, exclusion from the debates and exclusion by the corporate media, who are in cahoots with the bi-partisans.

It Comes Down To Building An Independent Mass Political Movement

We live in a mirage democracy with managed elections, as we describe in the article “Fighting for A Legitimate Democracy By and For the People,” on the long history of wealth dominating politics in the U.S. 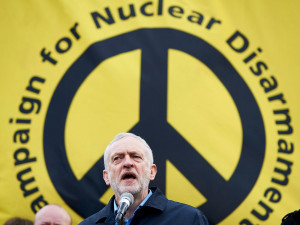 Historically, transformations have occurred because of mass social movements demanding change and participating in elections through independent parties that have grown out of a movement with candidates from the movement (Corbyn has been involved in every anti-war movement, anti-apartheid, anti-austerity, pro-peace and human rights movements among others). Showing mass electoral support, even without winning, has resulted in significant changes – union rights, women’s voting rights, the eight-hour workday – indeed the New Deal came out of third party platforms. It is important to resist the duopoly parties in order to get to the root of the problems we face; as Patrick Walker explains, the “grassroots resistance must oppose Democrats as well as Trump.”

A broad and diverse social movement whose demands are articulated by an independent party platform has forced one of the two parties to capitulate to the movement or disappear. That still seems to be the most likely path to real change for the US.

Corbyn teaches that we should embrace the radical transformational change that is needed, whether in elections or as a movement, to inspire people to take action and shift the realm of the possible. The people thirst for change as their economic situation becomes more insecure. There needs to be a movement that addresses that insecurity through a human rights lens, or else the insecurity will be channeled towards hatred and violence.

The key first step is to show the many, we are with them; that we are listening and acting consistent with their beliefs. Taking this correct first step, lights the path ahead of us.