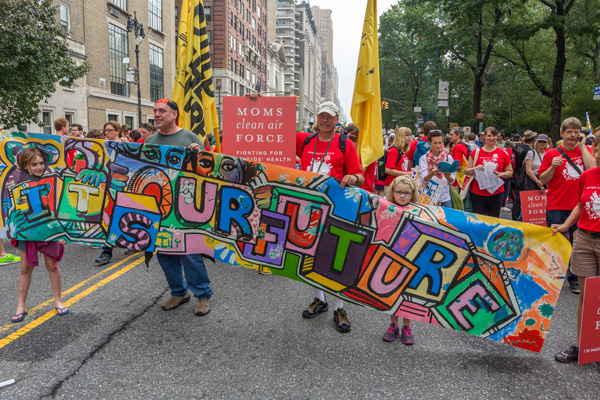 Newsletter: Our Task-The Future As A Frontier

In 2004, Sam Smith gave this talk, “On Becoming and Being an Activist,” at a teen conference. The essence of his message is that we are facing serious crises and we have to make a choice of whether we will act or not. We are on a dangerous path and it takes courage to see that and not be paralyzed into inaction. It is easier to ignore the truth and succumb to the many distractions in our lives.

“It is this willingness to walk away from the seductive power of the present that first divides the mere reformer from the rebel — the courage to emigrate from one’s own ways in order to meet the future not as just a right but as a frontier.”

Smith goes on to describe that traditional tools for social change, such as working within the system, are not effective in this time. We must raise our voices, do the unexpected and try the improbable. We need to use our passion, our energy, our magic and music to burst the illusion being hand fed to us in the media and taught in our schools. He describes multiple instance where small numbers of people created radical transformation.

There is evidence that the mirage of democracy in our country is disappearing and that people are taking bold action. There were so many actions in the past week that we cannot hope to include them all in this newsletter.

Democracy in crisis: Plutocracy is a mainstream concept

The World Economic Forum, a global neoliberal institution, is currently meeting in Davos, Switzerland. Tom Keene of Bloomberg News asked in an interview, “How big is the Plutocracy Effect in 2015?” And the response was “It’s significant,” that it is taken for granted by people all over the world that the US is run on “legalized corruption.” The ‘Plutocracy Effect’ is a recognized entity. Think about what that means.

This week was the fifth anniversary of the Supreme Court decision on Citizens United which expanded the concepts of corporations as people and money as speech by opening the floodgates of independent political expenditures. Actions took place across the country on Wednesday to protest and call for a constitutional amendment that would reverse this case law. In New Hampshire, hundreds of people marched 185 miles in the snow to protest at the State House. And in Washington, DC, eight people were arrested for disrupting the Supreme Court calling for a reversal of Citizens United.

The President delivered his State of the Union Speech on Tuesday with the usual theatrics and propaganda. In response, Green Party past presidential candidate Jill Stein delivered her own state of the union and others including Cheri Honkala, Howie Hawkins, Shamako Noble and Margaret Flowers commented as well. This “People’s State of the Union” provided facts about the economic, social and environmental crises and solutions to them. A “State of the Black Union” was written by the Black Lives Matter movement too.

The President pushed the Trans-Pacific Partnership in his SOTU claiming that it would increase jobs. The reality is that similar trade agreements caused the massive loss of jobs and suppression of wages and worker rights. Comedian Abby Feldman urges people to wake up while there’s still time stop the TPP. Congress is moving quickly to give Fast Track to the President. And just as quickly people are mobilizing to stop it. Join the Emergency protest in New York City this Monday at noon at the Sheraton Hotel near Times Square (7th and 53rd).

This was also inaugural week for many state governors. Anti-fracking protesters disrupted the swearing in of Pennsylvania Governor Tom Wolf who wants to link education funding to fracking revenue. And anti-fracking protests took place at the inaugural events for Maryland Governor Larry Hogan. People from across Alabama disrupted Governor Robert Bentley’s inauguration which was held on Martin Luther King, Jr. Day and displaced the annual activities.

In many cities across the country, MLK Day was celebrated in a new way. People rejected the watered-down and dreaming version of Dr. King and embraced him as the radical activist that he was. Demonstrators in Oakland shut down the Federal Reserve for four and a half hours to represent the time that Mike Brown’s body was left on the street after he was killed. Why focus on the Federal Reserve? As this annual report by United for a Fair Economy shows, people of color are “underbanked and overcharged.”

Youth everywhere are organizing and shutting things down to gain attention for their demands. In Boston, activists locked themselves to concrete barrels to blockade the highway for hours.

We spoke with organizers from Washington, DC, Pittsburgh and Oakland on MLK Day about the rising awareness of the connections between racism, capitalism and militarism and the work that is being done to counter them on Clearing the FOG Radio. Click here to listen to that program.

The Right to a Livable Future

One of the greatest threats we face is the climate crisis. The failure to take effective action to mitigate it also has its roots in racism, capitalism and militarism. That right to a livable future is under attack in neoliberal trade agreements like the TPP and TAFTA. In their zealous drive for profits, Big Energy is using every tool they have to extract the last bits of carbon from the Earth, but the people are not deterred.

The Oceti Sakowan issued a call to protect Mother Earth by stopping the Alberta tar sands extraction and the Keystone XL Pipeline. Now that the NE Supreme Court ruled against the people, Keystone is moving to use eminent domain to seize property for the pipeline, but Nebraskans are not giving up. And Canadians are organizing a #ShutDownCanada day of action on February 13 for many reasons including to protest dirty energy.

Virginians are fighting a similar battle with Dominion which is suing for access to people’s land for pipelines to carried fracked gas. As in the Midwest, this pipeline fight is uniting uncommon allies. And the same is happening in Seneca Lake in the struggle to stop a fracked gas storage facility. There have been more than 200 arrests to stop Seneca Lake; this week the mom’s took on Crestwood.

We know that fracking has caused an unprecedented number of earthquakes in Oklahoma, and a new study shows the same happening in Kansas too. Fracking pipelines and facilities also emit hazardous chemicals and can explode. Oil pipelines leak as this one did this week in Montana, dumping tens of thousands of gallons of oil into the Yellowstone River for the second time.

Despite these environmental catastrophes, the Federal Energy Regulatory Commission continues to rubberstamp permits for new oil and gas infrastructure. This week, activists with Beyond Xtreme Energy disrupted FERC’s monthly meeting causing the commissioners to leave the hearing room. We are at an energy crossroads and the people are saying stop investing in fossil fuel infrastructure and move to renewables instead. Studies show that solar is cheaper in almost all US cities. Iowa City is the latest to announce an effort to increase solar capacity.

People everywhere are not only resisting the continuation of the old era of fossil and nuclear fuels, but are working together to create alternatives to move us into the era of clean and just energy sources. There are numerous groups networking at present to collaborate on work to make this transition. If you want to be informed about those efforts, sign up for the Popular Resistance climate justice affinity group here.

Find Your Path To A Just Society

Sam Smith encourages each of us to find a way to contribute to our transformation to a just society, to find our path and walk it. He writes:

“Above all, we must understand that in leaving the toxic ways of the present we are healing ourselves, our places, and our planet. We must rebel not as a last act of desperation but as a first act of creation.”

And that is what we mean when we say, “Stop the machine and create a new world.”