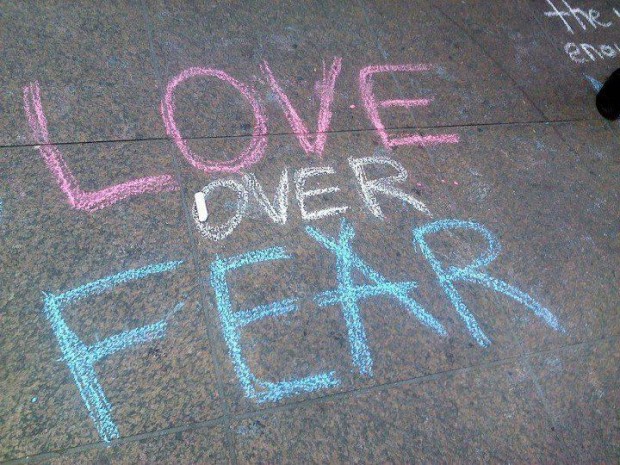 Economist Jack Rasmus shows us that the US economy has been bumping along the bottom for years without returning to pre-recession levels.  He shows there have been four US economic collapses in recent years, rather than the so-called recovery.  He predicts that this will cause the next recession to be worse. This situation is reflected in the stagnating global economy.

Most of us are experiencing the effects of this economic crisis either directly or indirectly through declining wages and high unemployment, inability to afford education, a home or health care and the negative repercussions this has on our communities. We are the ones who will suffer the most when the next crash comes. We are also the ones who have the power to change course.

Instead of taking action to prevent or mitigate the next crisis, politicians are causing more harm as they work hand in hand with the wealthy elites who are trying to grab even greater power and extract even greater riches.

Maryland’s governor was quick to bring in the National Guard and militarized police, but just cut Baltimore education funding by $11.6 million to fund pensions, while last week the state approved funding for a youth jail the people in Baltimore don’t want. This article provides five key facts about Baltimore and a graphic that shows how the United States built its wealth on slavery, Jim Crow and racially-based economic injustice and kept African Americans from benefiting the economy. Also, as a special addition to recognize BB King, he sings “Why I Sing the Blues” describing the history of African Americans from slavery until today.

It is not just the governor, the Baltimore mayor is refusing to increase funding for youth jobs that are desperately needed. Youth are blamed for the property damage in Baltimore, but it was the major banks that caused much greater devastation in those communities. Political leadership is assuring another urban revolt in Baltimore by their terrible governance and we can see that in many cities across the nation.

In Detroit, inadequate assistance means that as many as 43% of homes could have their water turned off despite living next to one of the world’s largest sources of fresh water. In California, despite there being a severe drought, Nestle and Walmart are bottling and selling publicly-owned tap water.

In Los Angeles, the number of people without homes has grown by 44,000 in two years and the number of people living in makeshift camps and cars has risen by 85%. In one bright spot, a committee on the LA City Council is recommending a new body to identify and stop wage theft. We’ll be watching to see if this is implemented.

Maya Schenwar wrote about another positive solution this week, the abolition of bail which is responsible for the incarceration of a large percentage of people who have not even been convicted of a crime. In New York City, 79% of those in pre-trial detention can’t afford to pay bail.

Bail is being used in Spain to crackdown on the right of freedom to assemble. Many governments from Quebec to Turkey to Australia are being more direct and are outlawing assembly altogether.

We experienced restriction of our rights to protest this week when we accompanied members of front line communities who came to the monthly public meeting of the Federal Energy Regulatory Commission (a Trojan federal agency that is funded by and works for the oil and gas industry). The public was excluded from the meeting and three were arrested, two work with Popular Resistance. We will not be deterred and will return on May 21 for 9 days of protest with Beyond Extreme Energy. Join us in stopping the FERC from committing communicide.

This week on our radio show, Clearing the FOG, we spoke about the Global Redesign Initiative, developed by the World Economic Forum, that would diminish the power of nation-states (and destroy democracy) and further empower multinational corporations. We call the future of global governance the fundamental debate of this era. How will we govern in the 21st Century?

The Trans-Pacific Partnership (TPP) and other treaties currently under negotiation would push us further in the direction of global corporate rule. It is no surprise that Obama stood on the steps of Nike’s headquarters to promote the TPP, or that he was met with protests. Nike has profited from outsourcing its manufacturing to places with low wages and few worker protections.

Nike faced further protest this week for offering 30% discounts to law enforcement officers – a slap in the face to a large segment of its customer base, black men and women who are targeted by police violence and judicial injustice. As a result, some are calling for a boycott.

Ajamu Baraka writes that the TPP and other neoliberal systems are Black Lives Matter issues because “The TPP is an assault on democracy, on the people, on common sense and a future free of corporate economic domination and ecological destruction.” Baraka urges people to oppose fast track legislation in Congress which will be debated on the Senate floor this Tuesday. Click here to take the pledge so that you will be kept up to date about how to take action.

On Monday, the United Nation’s Human Rights Council blasted the US for human rights violations, particularly for its systems of state violence including militarization of the police. The US has a long history of systemic violence, in fact its founding was funded through genocide and land grabs which continue even today.

Derrick Broze writes that in addition to militarization, the police have been “granted previously unseen levels of authority when it comes to the use of confidential informants in pursuit of criminals.” This power has corrupted the process, as power is known to do. Documents revealed that the FBI violated its own rules in its surveillance and infiltration of anti-Keystone XL pipeline activists. We are what Chris Hedges calls “A Nation of Snitches,” and he urges us to find a way to dismantle it.

At the end of this month, provisions of the so-called ‘Patriot Act’ are set to expire. Congress is moving to pass the USA Freedom Act which some members say will end mass surveillance of our phone calls but privacy advocates say that it will do the opposite, institutionalize it.

Wednesday was the thirtieth anniversary of the MOVE bombing in Philadelphia which destroyed 65 houses and killed eleven people for daring to create an alternative society that confronted racism and was more cooperative.

Across the globe, people are rising to protest austerity and build alternatives. Youth came out en masse in the UK to demonstrate against budget cuts and Greek anti-austerity activists occupied the office of Siemens in Athens. Women farmers in Chile are working together to create economic autonomy and prosperity.

In the US, the New Systems Project was launched last month as another step in defining and creating solutions to the economic and ecological/climate crises that get at the roots of these crises. The project will “bring together academics and grassroots activists, as well as policy analysts and advocates, to develop and begin to implement genuinely democratic political and economic institutions capable of producing lasting and shared prosperity.”

The crises we face are also opportunities to think and act boldly to create a better world that works for all of us. We must work together because our issues are all connected. As Matt Stannard of Commonomics writes:

“Economic injustice thrives on our collective fear and insecurity. As we trace the connection between the engineered impoverishment of our communities and the violence that results, we encounter that fear and insecurity in risk-averse political leaders, people overwhelmed by poverty, and even in the cops who often unwittingly serve the ruling classes. We draw wisdom from activists all over the country about political and economic alternatives. But if we listen to them a little more carefully, we hear a more intimate message: Let us empower ourselves in our shared vulnerability, overcoming fear with love.”