Newsletter: Policies For The People

Recently we have written about the fall of the United States’ Empire and the transition to a post-primacy world in which the US is no longer the sole dominant power. This week, we examine another facet of this transition, the economy, and how it relates to the politics of our times.

Political economist C. J. Polychroniou recently interviewed David M. Kotz, author of “The Rise and Fall of Neoliberal Capitalism,” about the transition in the US from a regulated capitalism instituted under FDR that protected workers and the vulnerable to some extent to a financialized global neoliberal capitalism that started in the 1970s. Under neoliberalism, the rich got richer while protections for workers in the form of unions and and the vulnerable in the form of a social safety net were dismantled. In addition, the environmental impacts of industry and fossil fuels are barely considered despite the reality of climate change. Neoliberalism crashed in 2008 and has remained in a crisis state ever since with a stagnating economy, growing wealth divide and political turmoil. 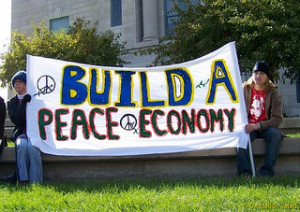 Crises are turning points. Kotz argues that the current crises “can be resolved in only three ways: One, the emergence of a right-wing nationalist statist regime; two, a period of progressive reform of capitalism based on capital-labor compromise; three, a transition beyond capitalism to socialism.” Which direction the US goes depends on how the social movement articulates a clear vision for the future and organizes to achieve it. Opposition from the current economic and political power structures will be fierce, but that is always the case when great social transformation is under way. It is important to remain focused, persistent and goal oriented.

Venezuela offers an example. Under President Hugo Chavez and now Nicolas Maduro, the social movement has struggled to create a “Twenty-first Century Socialism.” Unlike state socialism of the past, this new system is rooted in a participatory democracy structured from the bottom up through local and regional assemblies. In the initial phases, wealth inequality declined and needs for health care, housing and education were being met. However, an “ongoing coup” by the US and Venezuelan oligarchs has created great instability and fomented civil war. This coup was thwarted once again on July 30 with the successful election of a Constituent Assembly that has the power to rewrite the Constitution. The future of Venezuela is literally in the people’s hands. 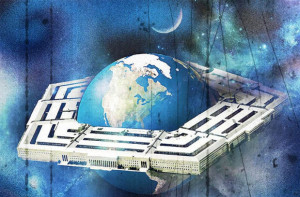 Before going on summer recess, Congress passed a series of sanctions targeting Russia, Iran and North Korea. That was followed by the United Nations Security Council passing further sanctions on North Korea yesterday. The sanctions target energy export in large part – coal from North Korea and gas from Russia, a major supplier to the European Union. Eric Zuesse writes that the sanctions on Russia are a “declaration of economic war” on the EU waged by energy oligarchs in the United States who want to sell their oil and gas because the EU is the world’s largest energy market. Zuesse posits that this could lead to a split in the EU and NATO between countries that ally with Russia versus the United States.

The energy oligarchs received another boost just before Senators left for summer break on Thursday night. Since the inauguration, the Federal Energy Regulatory Commission (FERC), known as a rubber stamp for the oil and gas industry, has been without a quorum of commissioners, and therefore unable to issue any new permits for oil and gas projects. A coalition of front line groups has been working diligently throughout the year to prevent nominations of new commissioners until the agency is investigated for its abusive practices – silencing public voices and issuing permits without regard for the health and safety of impacted communities or impacts on the climate crisis. Their efforts appeared to be successful on Thursday following a blockade at Sen. Schumer’s office. Then, at night, and without a quorum, Sen. Murkowski brought the confirmation to the Senate floor and passed it without a recorded vote. A single senator could have opposed the vote, but not one, including those who previously raised concerns about the FERC, spoke up.

This type of behavior is typical for Congress – do its dirtiest business when nobody is watching and in a way that avoids accountability. It’s why Ralph Nader is calling for citizen watchdogs in every Congressional district to inform voters about what their Members of Congress are doing. John Light, a journalist for Bill Moyers, highlights another corporate power grab sneaking through Congress as part of the appropriations bill. Two riders would allow even more corporate money to control elections. 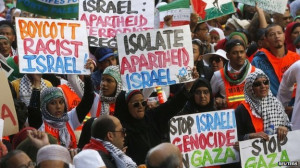 The US Congress is also considering legislation to make participation in the Boycott, Divestment and Sanctions (BDS) movement against Israeli apartheid a federal offense. Listen to our interview with Miko Peled, an Israeli who supports BDS and who explodes the many myths we are told about Israel. This law would criminalize a form of free speech – the right to boycott. It is largely in reaction to the success that the BDS movement, now 12 years old, is having. The legislation is backed by AIPAC, the American-Israeli lobby group, which is currently attacking Senator Gillibrand for dropping her name from the bill. Military contractors are also likely to support the bill because they benefit from the ever increasing US aid given to Israel, the largest recipient of our taxpayer dollars.

Policies for the People

The United States is the wealthiest nation in the world. We have the ability to provide for the basic needs of everyone if we organize and demand it. This means creating a vision of the future we want to achieve. It requires transitioning from an empire economy to an economy for people and the planet.

Imagine how much more secure people in the US and around the world would be if federal dollars were spent on programs to serve the public and protect the environment rather than funding more wars, militarism and pollution. The US has 1,000 military bases scattered throughout the world, both stationary and mobile. Each one is expensive to maintain and protect. This arrangement is actually making the US less secure. Popular Resistance is part of a new campaign to close US bases on foreign soil. Click here to add your name to this effort. 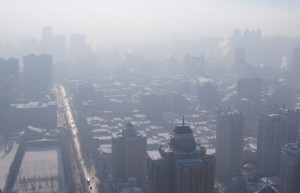 Another large tax expenditure is subsidizing the fossil fuel industry. A new report from HEAL (the Health and Environment Alliance) finds that the costs to our health by the oil and gas industry, which is also shouldered by the public, is six times greater than the subsidies. HEAL urges governments to stop subsidizing fossil fuels and to use the money instead to build clean renewable energy and support health. The Institute for Local Self Reliance provides information on ways to transition to renewable energy at the local level.

There is another way to tackle corporate power outside of legislatures and force changes that benefit people. Russell Mokhiber of the Corporate Crime Report writes that corporations regularly admit to disobeying laws but are rarely punished for it. This creates a slippery slope of corruption. Mokhiber urges the public to demand that when a corporation commits a crime and is found guilty, justice should neither be delayed nor deferred. 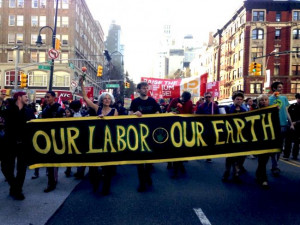 It is our collective responsibility to educate, organize and mobilize in response to the multiple crises we face. The world and our country are at turning points and the future is in our hands. This week, the People’s Congress of Resistance will release the draft manifesto for the upcoming meetings in Washington, DC, September 16 and 17.

Click here to sign up for the daily digest so that you will be kept up to date throughout the week.