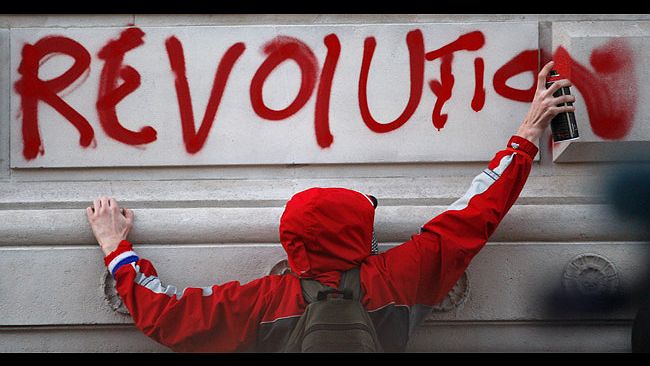 This week the massive leak of the Panama Papers gave people a glimpse inside how the extremely wealthy avoid paying taxes and hide their money. The reaction to the leak showed that people are more sophisticated on these issues and also how many understand that information can be manipulated to undermine people and governments who oppose the United States.

Of course, we also know this is just one tax evasion firm, and not a major one. This is a small tip of a massive tax evasion iceberg. Estimates are that $7.6 trillion in individual assets are in tax havens, about one-tenth of the global GPD. The use of tax havens has grown 25% from 2009 to 2015.  Gabriel Zucman, author of The Hidden Wealth of Nations: The Scourge of Tax Havens estimates that US citizens have at least $1.2 trillion stashed offshore, costing $200 billion a year worldwide in lost tax revenue and US transnational corporations are underpaying their taxes worldwide by $130 billion.

The Panama Papers will escalate demands for transformation of the economy as well as of government; continue to increase pressure on capitalism and result in the growth of the people-powered movement for economic justice.

The week started with the release of the results of a yearlong investigation of documents leaked from the Panamanian company Mossack Fonseca by the German newspaper Süddeutsche Zeitung. The company functions as a full-service wealth-hider for tax evaders and money launderers. This is not news, people have known about shell companies and tax havens for a long time. What is exciting about the release is getting to see the names of those involved.

The name that was most widely promoted in the Panama Papers leak was Russian President Vladimir Putin, even though his name was nowhere in the documents and connections to him were circumstantial. This immediately raised questions. The US consistently tries to demonize Putin to ensure its global domination.

Robert Parry explained how accusations of corruption are used to take down leaders that are targeted by the US. Organizations such as the so-called National Endowment for Democracy (NED) and US AID are often involved in regime change operations and one of their tools is to fund media outlets that target US opponents, which is then echoed through the commercial western media. This then foments unrest that can be leveraged into supporting a coup.

This is happening right now with the attack on Brazilian President Dilma Rousseff and past-president Lula. Mark Weisbrot writes about the US role in the events in Brazil and coups in other Latin American countries. Of course, it is no coincidence that both Brazil and Russia are key players in the new BRICS bank that is challenging the US-controlled International Monetary Fund (IMF) and World Bank. at a time when the integrity of those institutions is being questioned.

The Panama Papers have sparked major protests in Iceland demanding resignation of Prime Minister Sigmundur Davíð Gunnlaugsson for using Mossack Fonseca to handle his wife’s fortune. As protests grew this week, Gunnlaugsson announced his resignation and then backtracked. Icelanders are now calling for a vote of no confidence and new elections. Gunnlaugsson had been spokesperson for the InDefence movement, that fought foreign creditors’ attempts to make Iceland pay out £2.3 billion in compensation when Iceland’s banks collapsed and were nationalized.

Craig Murray reports that the Panama Paper’s leaker turned to western media which used the information for its political agenda and protected its allies. Many are asking about people in the US who engage in the same behavior. David Dayen writes that creating secret companies to hide wealth is legal in states such as Nevada, Wyoming and Delaware and that it could be stopped easily if there were political will to do so. McClatchy is doing excellent reporting on the creation of tax havens inside the US. We will discuss it in depth on our next episode of Clearing the FOG Radio.

Glenn Greenwald concludes that the Panama Papers and Edward Snowden’s revelations show that widespread misbehavior is legal. It is interesting that the head of the International Consortium of Investigative Journalists, Gerald Ryle, used the Panama Paper’s leak to criticize Wikileaks and perpetuate the myth that Manning and other leakers were reckless when in fact it is the western media that turns leaks into a tool of the state. We just passed the six year anniversary of the release of the Collateral Murder video which changed the conversation about the US military’s role in Iraq.

The Panama Papers leak is one more piece of evidence showing that the global economy is rigged to benefit the 1% at the expense of the 99%. Rana Foroohar writes that this awareness is playing out in the US elections where there is discussion about rigged trade agreements like the TransPacific Partnership (TPP) and the corruption of money in politics. This is personally gratifying to us because during the fight to stop fast track, members of Congress justified their support for fast track with the belief that voters would not consider trade agreements to be an important issue in the elections. They were wrong.

In other countries, this rigged economy is identified as a neo-liberal agenda that drives cuts to public goods and services and privatization of them for profit. Neo-liberals pursue deregulation of industries and finance. There seems to be confusion in the US about this terminology because some identify the term ‘liberal’ with left-wing values. We choose to use the term. The neo-liberal agenda is one of the ideologies that unites the two corporate political parties, the Democrats and Republicans.

This week, a massive movement erupted in Paris, France. Called the Nuit Debout, or ‘Night on Our Feet’, movement, it began when students and workers protested in the Place de la Republique over a law to increase work hours. Despite a ban on protest, millions of people marched throughout the country. The police responded with violence, which has led to greater protests and spread of the movement to other parts of Europe.

While the Night on Our Feet movement started about a month ago because of the labor law, like all true movements it has taken on a life of its own.  In many ways it looks like the Spanish Indignados and the Occupy movements with its focus on non-hierarchical and direct democracy methods of organization. The movement has broadened to have a strong critique of neo-liberalism and neo-liberal political parties, calling for the creation of alternatives much as the Occupy movement did. And now, the movement has extended to Brussels, Berlin, Barcelona and London.

In the US, one of the front lines of neo-liberal attack is education. On April 13, the second Million Student March will take place across the country. It has been endorsed by the Green Party Youth Caucus because, while Sanders comes close, Jill Stein, the presidential candidate seeking the Green Party nomination, is the only candidate whose platform is consistent with all of the student’s demands. These marches would be an opportunity for students in the US to connect and express solidarity with the Night on Our Feet movement. And students in the US could go even further and reject the neo-liberal model of education by embracing the principles and resistance exemplified by the Zapatistas.

Privatization of lower education is an area where students, parents and teachers are fighting back. In states, such as New York, parents are choosing to opt-out of testing for their children. On July 8, teachers are coming to Washington, DC for a conference and rally called “Save Our Schools”. They are fighting for “democratically-controlled public schools that serve our communities.” Mitchell Robinson of the Bad Ass Teachers describes the very successful public education model in Finland where, among other things, testing does not start until high school.

Of course, another area of neo-liberal exploitation is of workers. Mike Whitney reveals that over the past ten years intentional policies have led to a dismantling of our employment system.  Forty percent of workers are in alternative work arrangements, known as the ‘Gig Economy’, without benefits or protection. Instead of a recovery, under Obama’s two terms, 578,000 good-paying public sector jobs were lost.

Across the nation, the Fight for 15 movement is starting to win higher minimum wages. Airport workers in nine cities went on strike this week for higher wages and the right to organize. Farm workers, who earn a mere $6 per day, are asking people to boycott Driscoll’s berries until they get a raise and better working conditions. In September, prisoners across the country will strike to shut down prisons in protest of the very low wages they are paid. They are also connecting their struggle to the injustices of the school-to-prison pipeline, police violence and barriers that people face when they are released from prison.

In this election season, there is widespread discussion of corruption in politics and the need for new solutions. People are rejecting the status quo and recognizing that anything worth having must be fought for. This is an opportunity for the movements that have been building over the past few decades and that have steadily risen since the Occupy movement took off in 2011 to push for the bold solutions that are needed to address the multiple crises we face.

In a recent article, many thought leaders put forth a list of transformative solutions that come from movements around the world. They write:

“Recent progressive electoral efforts and mass campaigns around the world have revealed a huge reservoir of desire and of creative willingness on the parts of large sectors of populations, and very especially young people, to seek change…. Ultimately attaining worthy new program will entail thinking outside the box, as many emerging struggles around the world have urged, noting that the box is capitalism, patriarchy, racism and authoritarianism. The box is the imposed mental straitjacket of thoughts and practices typical of all too many countries’ political life.”

The term ‘Political Revolution’ is being used widely, particularly by supporters of Bernie Sanders, but in fact it has been growing for the last six years. Political revolution occurs when a broad movement of movements becomes activated, reaches consensus on major issues and challenges the status quo. This means a national consensus develops in three areas:

1. People recognize that crises exist – such as the major crises we face with the climate, inequality, racism, environmental destruction, corruption and military aggression.

Political revolution cannot be about one person. The Occupy movement recognized that truth and wasn’t focused on a single leader. Movements are full of many leaders who play different and important roles such as providing food, protecting health, facilitating meetings, documenting what is happening, putting forward new solutions and more.

Political revolution requires that we work collectively to achieve transformative change. At the end of the election season, no matter who is elected, it must be the movement that determines the political agenda. Over the last six years the popular social movement has grown and is confronting many issues. The movement has built power and we should not underestimate our ability to set the agenda for the next four years. What actions we take in order to accomplish that must be a topic of discussion within all of our social circles. We look forward to exploring what the political revolution looks like as the year progresses.