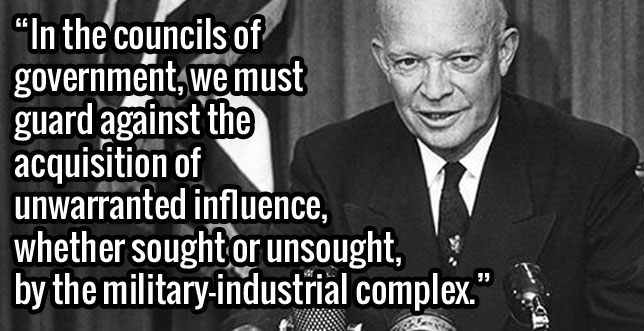 Newsletter: The Immense Power We Must Confront

President Obama ran as an antiwar candidate against Hillary Clinton in 2008 because she voted for the Iraq War and has been incorrectly painted as someone who restrained the US military.  But President Obama is far from antiwar. The numbers tell a very different story: 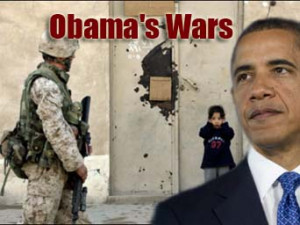 –         Saudi Arabia used those weapons in a brutal two-year bombing campaign against Yemen. Obama sent special operations forces to assist in that war, which has seen over 10,000 killed, 2.2 million displaced and nearly half a million children on the brink of famine.

–         Obama promised a new era of “nuclear sanity” but instead he put up missile defense shields in Europe, which Russia knew could be turned into missile offense, that kicked off a new arms race pushing Russia to upgrade the offensive capabilities of Russian nuclear missiles and deploy Iskander missiles in Kaliningrad. 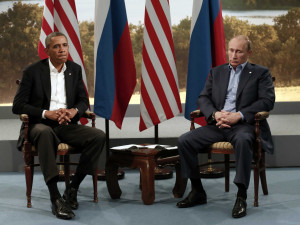 –         In 2014, Obama began a mammoth program to “modernize” the US nuclear arsenal – one trillion dollars over the next 30 years. That means the US will spend roughly $4 million on nukes every hour for three decades.

–         Obama normalized robotic killings through the drone program. Every Tuesday Obama authorized drone killings, that often-included civilians near the target, resulting in wedding parties, funerals and other public events being bombed. Up to 8,000 people have been killed by drones since 2004, including US citizens.

There is much more to point to during his presidency that shows an escalation of militarism, e.g. the record funding to Israel, the destruction of Libya, but the numbers above summarize the story. Of course, Obama did negotiate an important nuclear weapons agreement with Iran, although there was no evidence that Iran had or was interested in nuclear weapons. And he took important steps toward normalizing relations with Cuba, even visiting the country and bringing a delegation of 1,200 people with him, mainly business interests hoping to profit in Cuba. 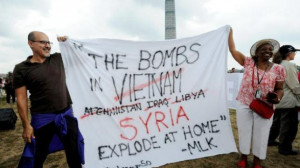 Obama’s run as an antiwar candidate was exaggerated in people’s minds. If fact, he only opposed the Iraq War, not the war in Afghanistan. He expressed support for Israel in his initial campaign, among other comments favoring militarism. But, people heard what they wanted, even the Nobel Peace Prize committee heard a peace candidate. Some point to Obama’s militarism being caused by fear of assassination – suffering the fate of JFK or Martin Luther King, Jr., and there were reports that Obama expressed these fears in small group meetings.

Shot Across the Bow at Trump’s Détente with Russia? 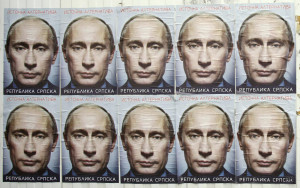 After years of the US escalating conflict with Russia, now there is a growing conflict between Donald Trump and US intelligence agencies. Trump denied their reports of Russia trying to influence the outcome of the 2016 election. Then, he seemed to accept the possibility but said Russia had no impact on the outcome of the election.

Senator Schumer warned Trump on MSNBC  “Let me tell you, you take on the intelligence community, they have six ways from Sunday at getting back at you. So even for a practical, supposedly hard-nosed businessman, he’s being really dumb to do this.”

One issue Trump has been consistent on during the campaign is that he does not want conflict with Russia. This has been a very unpopular view among the bi-partisans in Washington, DC, especially key Republicans like Sens. John McCain and Lindsay Graham.

Glen Ford of Black Agenda Report writes this is a critical time for those who oppose war to make their opposition clear. On his way out, Obama is sending 3,600 tanks and thousands of troops to Europe, continuing an escalation that has been ongoing along the NATO borders of Russia. He has also sent more arms to rebels in Syria. These moves will make it harder to achieve détente with Russia and end the war in Syria. Those who oppose war need to support efforts at détente with Russia to counter the bi-partisan support for war.

Senator John McCain played a key role in the recent dossier on Trump that was made public this week. The dossier was developed by Christopher Steele who worked for the British Secret Intelligence Service (MI6) for twenty years. He had been posted to the UK’s embassy in Moscow and rose to head the Russia Desk. In the dossier, Steele highlighted unusual sexual acts by Trump and a relationship with Russia during the campaign, which Russia could use to blackmail Trump. The work was opposition research for anti-Trump Republicans in the primary and Democrats in the general election. 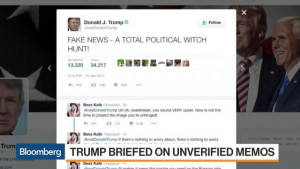 McCain learned of the dossier and sent an emissary to London to get a copy. He then personally provided it to the FBI urging them to investigate. The FBI has not commented on whether it is investigating the claims, causing anger among Democrats.

The dossier, which has not been verified with any documents, videos or audios has been criticized for inaccuracies by many but it has not been fully investigated. As Jim Naureckas of FAIR wrote, the dossier should be treated with skepticism but treated seriously. Multiple commentators see it as a threat to Trump to stop his talk about détente with Russia, the military and bi-partisans in DC have been stoking conflict with Russia and propagandizing about Putin for years.

Some see the release of this questionable dossier as a warning to Trump – we will destroy you if you seek détente with Russia. The Saker, a retired intelligence officer with expertise on Russia, warns Trump that he must take on the military-intelligence agencies as they have declared war. He must choose between being their puppet or removing them. We do not have confidence Trump has what it takes for that very difficult task, and the appointments he has made, and what they have said in their confirmation hearings where they have sounded aggressive on Russia and China, make us less confident.

As we said in our introduction to the Saker’s article – if he takes on the military-intelligence complex, we must support the effort as they have had too much power for decades.

The Failure To Stop “the acquisition of unwarranted influence”

Fifty-six years ago on January 17, 1961 President Eisenhower warned “In the councils of government, we must guard against the acquisition of unwarranted influence, whether sought or unsought, by the military-industrial complex. The potential for the disastrous rise of misplaced power exists, and will persist.” 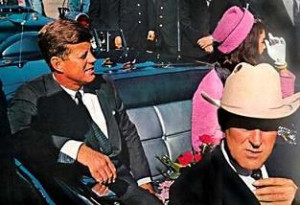 The US has failed to “guard against the acquisition of unwarranted influence” over the military-intelligence complex. Now, is anyone strong enough to challenge it? In the end, the people must stand against this vast, unelected power. Do we have any political leaders with the courage to do so? If we do, they deserve our support.