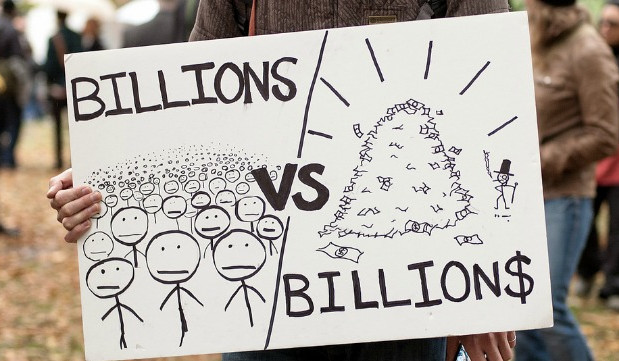 Newsletter – The People’s Plan For Transformation

Today is Earth Day and thousands are marching “for science” across the country and around the world. The demands are to promote evidence-based science and defend public support for scientific research. There are specific concerns about the Trump administration’s rejection of climate science while the climate crisis is advancing rapidly, and also its roll back of regulations and programs that protect the health and safety of communities.

Victoria Herrmann of the Arctic Institute describes on The Real News how scientific research is being removed from government websites and necessary government climate programs are losing their funding at the same time polar air and water temperatures are rising at twice the normal rate. Fortunately, climate scientists and activists archived much of this research earlier this year so that it is still available. 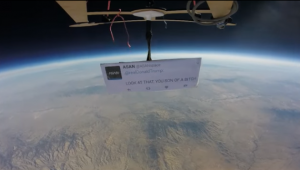 The March for Science connects numerous issues. Hundreds of Indigenous scientists urge the inclusion of Indigenous science and the voices of Indigenous communities as we move towards positive solutions to the climate crisis because they have centuries of experience in caring for the Earth. Drug policy advocates are marching to call for greater attention to and investment into research on drugs and evidence-based drug policies rather than criminalization and incarceration. And perhaps the most ambitious protest was led by the Autonomous Space Agency Network, a global collective that held its action in space.

In the face of multiple crises and kleptocratic governments that refuse to take appropriate actions, movements are rising in the United States and around the world. This is reminiscent of the uprising in the 1960s and 1970s when social movements were active on a number of fronts of struggle from civil rights to women’s rights to war to the environment, poverty and more.

Dahr Jamail recently interviewed members of the Weather Underground about the similarities between then and now and  asked what people should do today. Bill Ayers recommended:

“The challenge is to dive in where you are, whatever your issue, location, or talent, and then to reframe every issue, and connect the issues to one another,” he said. “War and warming, work and Black lives, human rights and environment. When the upheaval is upon us we must be prepared to find one another, link up, and storm the heavens.”

George Lakey of Waging Nonviolence urges activists to be bold and understand that our task is to shift the political culture so that our belief in justice and peace becomes the dominant narrative. This fits in with tasks of the movement as defined by Bill Moyer’s Movement Action Map, which he started writing in the 1970s, to develop national consensus on issues and to mobilize around them.

A Plan For Social Transformation

We are in a critical juncture of history and it is important to understand how we got here. The movements of the 60s and 70s, which built on decades of work that came before them, scared the power elites because they were successfully changing the political culture and economic system. The elites responded with a clear plan, outlined in the Powell Memo in 1971, that was put into action and is responsible in large part for the crises and insecurity that we experience today. The memo, “Attack On American Free Enterprise System,” was written by Lewis Powell an attorney whom Richard Nixon nominated to the Supreme Court later in 1971.

Ralph Nader, who was specifically targeted in the memo says:

“Basically, his memorandum laid out a strategy to attack democracy in America. And he basically said to the business community, you’ve got to hire a lot more lobbyists swarming over Congress, you’ve got to pour a lot more money into their campaigns, both parties’, Republican and Democrat. You’ve got to get out on the campuses and get right-wing speakers to combat progressive speakers.”

Nader credits the Powell Memorandum with leading “to the massive corruption of the Democratic Party.”

Journalist Bill Moyers writes about what happened after the Powell Memo was circulated:

“Within two years the board of the Chamber of Commerce had formed a task force of forty business executives—from US Steel, GE, GM, Phillips Petroleum, 3M, Amway, and ABC and CBS (two media companies, we should note). Their assignment was to coordinate the crusade, put Powell’s recommendations into effect and push the corporate agenda. Powell had set in motion a revolt of the rich.”

The corporate attack included creating think tanks to distribute propaganda, bringing in lobbyists to develop public policy, taking over the judicial system, creating economic insecurity and preventing universities from being centers of free and radical thought. The Koch brothers have played a large roll in supporting the plan, and continue to work to suppress dissent at universities today.

It is important to understand that we arrived in this situation by, what Moyers described as “careful long-range planning and implementation…consistency of action over an indefinite period of years…” By understanding this was a plan, we should understand that we need to design a way out of it. This includes seeing through the propaganda and exposing the truth; not allowing ourselves to be divided into issue-based silos or taken off track by the agenda of plutocratic political parties; and organizing not just to resist, but more importantly to demand the changes we require in our communities and on the planet.

There are key issues right now around which we can organize and mobilize. Of course the climate crisis is a top issue. In addition to the People’s Climate Marches being planned around the country on April 29, Beyond Extreme Energy is holding a convergence in Washington, DC and planning next steps to stop the Federal Energy Regulatory Commission from rubber stamping more fossil fuel projects.

Immigrant and worker rights will be highlighted in the May Day marches and strikes planned on May 1. Click here to learn more about the organizers’ plans and next steps to build toward a national week of strikes and actions.

Mobilizations for National Improved Medicare for All are growing. Although the Democrats would prefer to direct activist energies to saving the Affordable Care Act, which has provided enormous profits to private health insurers and pharmaceutical corporations while tens of millions of people continue to go without access to necessary care, the public is clearly demanding Medicare for All. Visit HealthOverProfit.org to learn more and join our campaign for a national universal publicly-financed healthcare system. This Monday, economist Gerald Friedman will discuss how to finance a single payer healthcare system on the national call. Register here.

The student loan debt crisis is reaching a tipping point. There are currently 4.2 million people in default on their student loans, almost a 20% increase in one year. Alan Collinge of Student Loan Justice explains why current efforts by Democrats to provide free tuition are “doomed to fail.” Collinge was a recent guest on Clearing the FOG where he described how bad the crisis is and called for a student debt jubilee as our top demand. 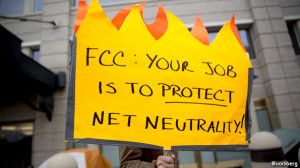 Net neutrality is at risk again under the new head of the Federal Communications Commission. Popular Resistance is a member of the coalition that worked to win net neutrality in 2015. That coalition has reactivated because the Internet is essential for information, communication, daily tasks of life and creative collaboration. We must protect the Internet from becoming discriminatory. Click here to get involved.

Other critical struggles include protecting the right to clean water, ending war, preventing trade agreements that threaten people and the planet, stopping police violence, protecting privacy and more. Click here to read the People’s Agenda. This is the time to get involved in whatever way you are able.

Creating a People’s Plan for Transformation

Popular Resistance is one of the conveners of The People’s Congress of Resistance, a grassroots effort to build resistance and collaboration in our communities to solve the crises at hand and create a better world. One of the purposes of the conference will be to plan the future of the resistance movement and determine how we can work together more effectively.

It’s time for the people to create a plan for the transformation we need. It won’t happen unless we do.