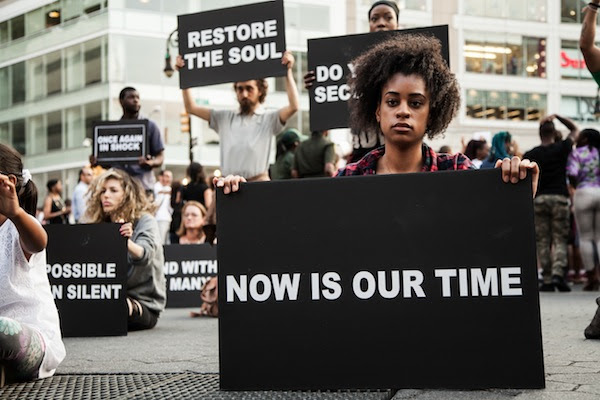 Newsletter – This Juneteenth, End “US Way Of War”

We just returned from the weekend-long United National Anti-War Coalition (UNAC) conference in Richmond, VA. This is the fourth UNAC conference since its founding in 2010 to create a vibrant and active anti-war movement in the United States that opposes all wars. The theme this year was stopping the wars at home and abroad in recognition that we can’t end one without ending the others, that they have common roots and that it will take a large, broad-based and diverse movement of movements to succeed.

Speakers at the conference ranged from people who are fighting for domestic issues – such as a $15/hour minimum wage and an end to racist police brutality and ICE raids – to people who traveled from or represented countries such as Russia, Ukraine, Hungary, Korea, the Philippines, the Congo, Iran, Syria, Colombia and Venezuela, which are some of the many countries under attack by US imperialism. At the end of the conference, participants marched to an area of Richmond called Shockoe Bottom, which is an African cemetery close to a site that was a central hub for the slave trade, to rally with activists with the Virginia Defenders for Freedom, Justice and Equality who are fighting to protect the land from gentrification and preserve it as a park.

The War at Home

The “US Way of War” – a brutal form of war that requires the total destruction of populations, targets the most vulnerable and wipes out their access to basic necessities such as food and water – has raged since settlers first stepped foot on the land that is now the United States and brutalized the Indigenous Peoples in order to take their lands and resources to build wealth for the colonizers and their home countries using the slave labor of Africans and indentured servants. The US Way of War continues in the same form today on both domestic and foreign land. 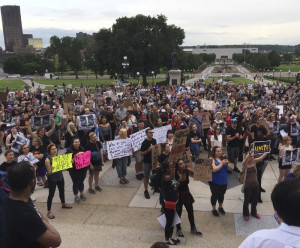 There are daily reminders of the war at home, which overwhelmingly targets people of color, immigrants, Muslims, LGBTQ people, the poor and workers. Over 1,000 civilians are killed by police, security personnel or vigilantes every year in the US. Black  young men are nine times more likely to be victims than any other group, but, as in the case of Philando Castile, few of the killers are held accountable. Despite clear evidence that Castile was murdered by Officer Jeromino Yanez in front of his girlfriend and her 4-year-old daughter during a traffic stop, Yanez was acquitted this week. Within hours of the verdict, thousands of local residents marched against the injustice and some shut down a major highway.

Black Lives Matter Chicago and other community groups filed a lawsuit this week asking for federal oversight of their police. They accuse the mayor of trying to cut a backroom deal with the Department of Justice to water down oversight of the police after a DoJ investigation “found widespread constitutional violations by the Chicago Police Department.” And recently, though Take Em Down NoLa was successful, after years of efforts, at removing several confederate statues in New Orleans, structural racism is still rampant in the school and law enforcement systems. Ashana Bigard explains, a DoJ investigation found “98.6 percent of all children arrested by the New Orleans Police Department for ‘serious offenses’ were black.”

Ralph Poynter, the widower of the great attorney-activist Lynne Stewart, spoke at the UNAC conference about the many political prisoners who have been jailed in the US for decades. He described the organizing efforts to release Stewart and the public sympathy that she was given, in part, for being a white woman. There are many people who deserve equal organizing efforts, such as Major Tillery who, after 33 years, is appealing his murder conviction. Indeed, many from the black freedom struggle of decades past remain imprisoned. Let us not forget them. 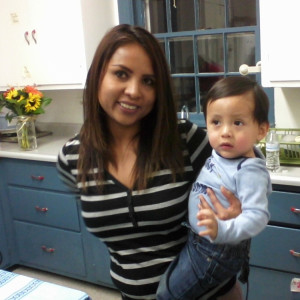 And the Trump administration is ramping up deportations. This week, ICE Director Thomas Homan asked Congress “for more than a billion dollars to expand ICE’s capacity to detain and deport undocumented immigrants.” Homan also indicated that he would increase deportations, saying “‘no population of persons’ in the country illegally is safe from deportation.” In this interview, Ingrid Latorre describes how the Sanctuary Movement is working to protect immigrants.

Juneteenth is a Time  to End the War at Home

Juneteenth, the day in 1865 when black slaves in Texas learned they were freed – two and one-half years after the Emancipation Proclamation, is a little known holiday that is being celebrated this year through efforts to end racial disparities on many fronts of struggle. A coalition of organizations is working to raise awareness of the injustice of cash bail in the US. They raised over a million dollars and are using that to bail out black fathers and “black LGBTQ and gender-nonconforming people, who are overrepresented in jails and prisons and are likely to experience abuse while incarcerated.”

Other groups are organizing in cities across the country to “Take Back the Land” and call for reparations after centuries of oppression. They write:

“We are a people who have been enslaved and dispossessed as a result of the oppressive, exploitative, extractive system of colonialism and white supremacy. In this system, our labor and its products have been forcefully taken from us for generations, for the accumulation of wealth by others. This extraction of wealth – from our labor, and from the land – formed the financial basis of the modern globalized world economy and has led to compounded exploitation and social alienation of Black people to this day.”

Jessicah Pierre explains that despite more than 150 years of ‘freedom’, black people still have a long way to go. A report called “The Ever Growing Gap” found that if we continue on the current path, “black families would have to work another 228 years to amass the amount of wealth white families already hold today.”

Wealth inequality is growing globally. Paul Bucheit explains that the five richest men in the world have almost the same wealth as the bottom 50% of the world’s population, which means each one of them has the wealth of 750 million people. Bucheit also explains that they didn’t earn it, they effectively stole it. More and more, we view the US as a kleptocracy. One idea to recapture that lost wealth and share it more equally is a Citizen’s Wealth Fund. Stewart Lansley writes that they “operate like a giant community-owned unit trust, giving all citizens an equal stake in a part of the economy.” 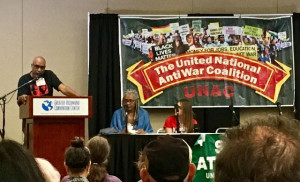 It would be impossible to discuss all of the wars abroad in this one newsletter (our Memorial Day newsletter discusses war further), but it is important that people in the US understand how the US Way of War is being waged around the world and its domestic impacts. Much of that was discussed at the UNAC conference, which you can watch here. Here are a few items that we suggest checking out.

This week on Clearing the FOG, we spoke with FBI whistleblower Coleen Rowley and journalist Max Blumenthal about “Russiagate” and the way it is being used to trick progressives into supporting conflict with Russia. We also recommend watching Oliver Stone’s series of interviews with Vladimir Putin, even though the government and even Rolling Stone urge you not to watch these excellent interviews. Abby Martin of The Empire Files traveled to Venezuela to witness the protests firsthand and the violence being perpetrated by the right wing opposition that is funded by the US. And as President Trump sheds more of his responsibilities as Commander in Chief and hands them to generals such as Masterson and Mattis, who wants to send thousands more troops to Afghanistan, it is important to read this excellent analysis, “Afghanistan: From Soviet Occupation to American ‘Liberation“, by Nauman Sadiq. 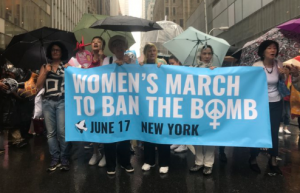 At present, more than 130 countries are negotiating a treaty at the United Nations that  would prohibit all nuclear weapons. The US, which holds the largest nuclear arsenal, is not participating but North Korea is. Diana Johnstone writes that the dangerous belief at the Pentagon is that in a nuclear war, the US “would prevail.”Will the rest of the world be able to prevent a nuclear war? A positive sign was the “Woman Ban the Bomb” marches that took place in more than 170 cities worldwide. 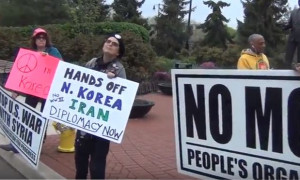 It’s up to us as people to organize a peace movement in our communities. People’s Organization for Progress in Newark, New Jersey and their allies are one example of what we can be doing. They are proposing monthly actions that educate the public about the connection between the wars at home and abroad.

Kevin Zeese spoke at the opening plenary of the UNAC conference about Moral Injury that is done to an individual and to a people who engage in war. He closes with this thought:

“If we do not awaken the US government and change course from a destructive military power to an exceptional humanitarian culture aiding billions who suffer – a heavy price will be paid. We should expect it.

Our job is to turn moral injury into moral outrage and transform the United States into an exceptional humanitarian nation that is a member of the community of nations that lifts people up, rather than creates chaos and insecurity around the world.”

There are opportunities right now to organize for peace in your community no matter what issue you work on. Let’s understand that the wars at home cannot end if we do not also end the wars abroad. As we build this movement of movements, let’s remember this fact and include the abolition of war and the creation of a peace economy in our list of demands.