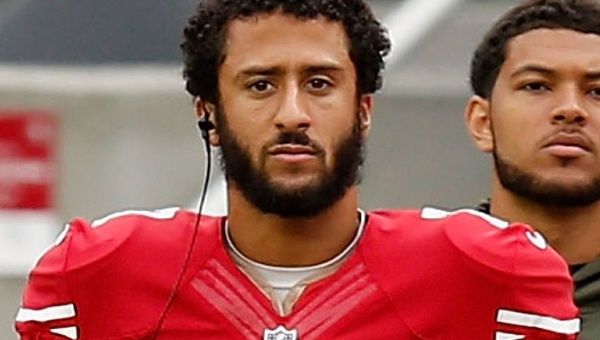 Above Photo: During the 2016 season, quarterback Colin Kaepernick took a stand against police brutality and racism. | Photo: AFP

What began as a stand against police brutality and racial injustice has led to unemployment for NFL quarterback Colin Kaepernick.

One year after NFL star Colin Kaepernick’s took a knee during the U.S. national anthem, the football player has been left without a contract deal since becoming a free agent in March and football fans across the country are threatening to boycott the season if he doesn’t get picked up.

What began as a stand against police brutality and racial injustice has led to unemployment for the African American quarterback, who opted out of a contract renewal with the San Francisco 49ers earlier this year.

“There will be no football in the state of Georgia if Colin Kaepernick is not on a training camp roster and given an opportunity to pursue his career,” Gerald Griggs, spokesperson for Atlanta’s National Association for the Advancement of Colored People, told Fox News.

Riggs warned that if Kaepernick does not get a contract by 5 p.m. on Sept. 17, “We will take a knee, and we will continue to take a knee on the NFL until they act with one voice.”

Although at least three NFL clubs have stated their interest, none have made any offers, despite his promise and show of talent in past seasons. With training camps well underway and team rosters growing longer daily.

“Either some owners and/or the NFL are punishing him for speaking out, or they’ve decided that it’s best for business to sweep these valid issues under the rug in order not to upset fans who, in our opinion, don’t have a valid reason to be upset about Colin Kaepernick being on their team,” said Tim Clark, the man behind this season’s coming boycotts of all 32 NFL teams.

Calling for football enthusiasts to boycott the nation’s most popular sport until the player has been signed, already 130,000 signatures have been garnered in less than two weeks of its initiation.

“We understand the NFL is very important to you,” the petition reads, “We also understand the purpose of Colin Kaepernick’s protest is FAR more important than any games you will ever watch. Simply put, if things stay the same for the way America — where ‘all men are created equal’ — treats people of color, then your loved ones, friends, and children will eventually be affected as well.”

“Kaepernick doesn’t have a job because he spoke out about race,” Elie Mystal, editor of the legal commentary site “Above the Law,” told Daily Mail. “That’s the thing you’re not allowed to do in our sporting culture and most of our popular culture unless you’re so over-the-top talented that they need you for winning.”

During the 2016 season, the professional quarterback, together with a few of his teammates, chose to kneel on one knee rather than stand for the national anthem. Kaepernick, who led the movement is the only player to be overlooked for the 2017 season.

The quarterback has thrown over 72 touchdowns and more than 12,000 yards throughout six seasons with the 49ers.