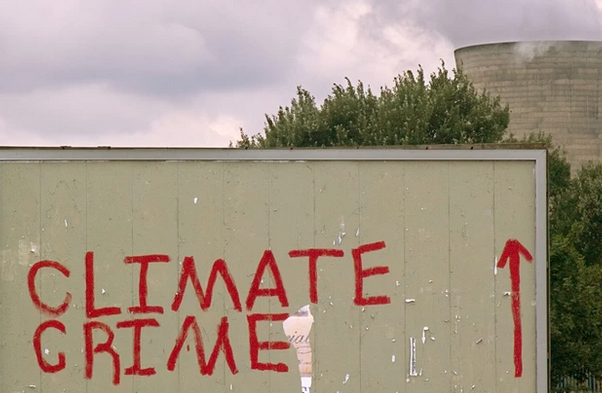 by Acknowledging of Global State of Climate and Oceans Emergency on Eve of Signing the Ineffectual Paris Agreement at UN Headquarters, New York

VICTORIA, British Columbia, 18 April 2016 / UCORR / – On the eve of the signing of the Paris Agreement by 130 countries in New York on 22 April 2016, Urgent Climate and Ocean Rapid Response (UCORR) calls on the Intergovernmental Panel on Climate Change (IPCC) and UN Climate Secretariat to declare a “Global State of Climate and Oceans Emergency” in collective response to the weak attempt by world leaders to avert climate collapse, in the face of the currently accelerating increases in global temperature and atmospheric carbon dioxide.

UCORR is a Canadian-based non-governmental organization. Our membership of volunteer climate first responders is most alarmed about the increasingly disastrous and catastrophic short- and long-term, global and regional impacts that the world would be accepting by the unconditional signing of the Paris Agreement at the UN Headquarters in New York on April 22nd, followed by ratification.

2015 was a record year for increases in both global surface temperature and atmospheric carbon dioxide. This continues for the first quarter of 2016 (see image). Five months after the Paris negotiations, each successive month in 2016 shows that levels of atmospheric carbon dioxide and ocean acidification are still accelerating at unprecedented rates. March 2016 was the Earth’s 11th-straight warmest month on record, according to NASA.

Given these historically ominous climatic milestones, we are now obviously in a global state of climate and oceans emergency with the very survival of the human race at stake.

The IPCC 2014 Fifth Assessment Report (AR5) firmly stated that global emissions must be in decline within a few years and substantially reduced in a few decades. However, the Paris Agreement accepts just the opposite at the behest of the fossil-fuel-producing countries. Instead of an urgent global decline in emissions, the Paris Agreement allows yet more delay and an increase in global emissions to 2030, with a temperature increase of almost 3.5ºC by 2100. The Paris Agreement practically guarantees continued business-as-usual high emissions by omitting any required action to enforce the agreement, eliminate fossil fuel subsidies, or provide full cost accounting for carbon pollution.

Contrary to the impression that the Paris Agreement made historic progress on climate change, it does nothing to prevent catastrophic global climate change and oceans collapse. If this is not urgently corrected, the agreement makes both outcomes effectively unavoidable. In fact, according to Climate Action Tracker, only about five countries have targets that meet the 66% chance of avoiding a catastrophic temperature rise of 2ºC by 2100: Morocco.

To put this right, we are calling on the IPCC and the UN Climate Secretariat to acknowledge the global emergency of today’s accelerating disruption of our climate and oceans, by recommending an immediate emergency response to put global emissions into decline in two years, complying with the IPCC’s best-case scenario, RCP2.6 (the only emissions reduction scenario that can keep us under 2ºC of warming).

To implement such an immediate decline, we call on the gross deficiencies of the Paris Agreement to be corrected at the UN Climate Conference (COP 22) this November (2016) in Marrakech, Morocco. The Arab Group, led by Saudi Arabia, and other oil-producing countries must not be allowed to block the will of civil society and the majority of the UN countries any longer.

To give humanity a chance of survival, the agenda of the Marrakech Climate Conference must include and approve the following:

Real action that will put global emissions into rapid decline must be initiated NOW. To do otherwise would be the most terrible crime against humanity and the natural world.

The text of the Open Letter is here.

“In just the five months since COP21 Paris, the world has fundamentally woken up to a worsening, record-breaking winter climate. Unacceptably severe climate impacts and social disintegration are the only result of low ambition trajectories post-Paris. We have to immediately stop deluding ourselves that anything above the IPCC AR5 RCP2.6 scenario leaves a habitable future for any vulnerable nation. Every historically high industrial emitter and fossil fuel exporter should be accepting the burden of an immediate zero-emission target to hold the line on emissions for a temperature increase of under 1.5°C.”

“Deep decarbonization barely gets a leg up from the Paris Agreement. It truly needs to be pushed to zero carbon emissions at full throttle globally to maintain the short-term pace required for survival of the most vulnerable before yet more tipping points are triggered by current fossil fuel lock-ins and amplifying positive feedbacks. To do this, we firstly need to call it what it is: a global climate and oceans emergency. And institutional denial from this point forward must be seen as the most evil of crimes, and should be punished accordingly.”

“The oceans were not covered or protected by the COP21 Paris Agreement. We are therefore killing the oceans, the ultimate controller of climate, and on which all life depends for survival. This was an epic failure of Paris, which ratification will only further entrench.”

“There is no effective COP21 agreement without including ocean impacts, and without an effective agreement there is no future worth living. Only an immediate time frame for emergency global emissions decline can possibly head off an ocean collapse. The best-case IPCC AR5 emergency rapid mitigation scenario, RCP2.6, does this and is the only option that should be pursued and legally permitted.”

“If criminal investigative recourse is appropriate for Exxon Mobil (and Shell, BP et al) for decades of deliberate inaction and manufactured denial in the face of acquired scientific knowledge, how is it any different for political parties and governments that attempt to rationalize reneging on fully implementing a mandatory, zero-emission reduction plan to meet the integrity of the Paris 1.5°C target pledge?”

“Contrary to widespread misinformation, world leaders and climate envoys in New York will not be signing a transformative deep decarbonization agreement that will massively limit climate change by immediately shifting the world toward a zero-carbon economy. The world is expecting more than half-measures and incremental approaches. At the moment, citizens the world over are being duped into believing that they are getting a global emergency action plan. Such a deception will cost more precious time to redress, but more importantly, many more lives will be unnecessarily lost.”