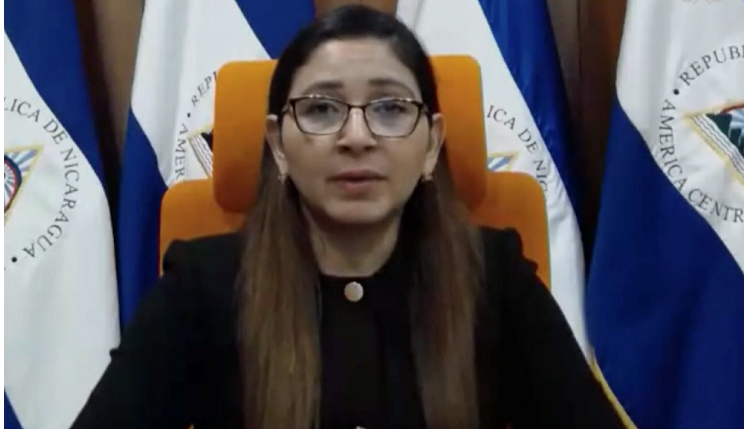 Nicaragua was one of the first countries in Latin America to give constitutional rights to its Indigenous peoples and its laws to protect their territories are justly famous (especially the Autonomy Law of 1986 and the Demarcation Law of 2003). Some 40,000 Indigenous families live in areas that are legally owned and administered by over 300 Indigenous communities, covering almost a third of the country. Governmental recognition of land rights was the first step in tackling incursions by non Indigenous settlers from western Nicaragua and the violent conflicts they sometimes produce. But because colonization of Indigenous territories has been taking place for decades, taking the next steps – delineation of the territories, dealing with illegal titles (primarily given under previous governments) and potentially removing settlers – is a complex process that involves delicate negotiation and agreement at the local level.

Sadly but inevitably, the invasions by settlers have become another issue on which to attack Nicaragua’s Sandinista government. A handful of local NGOs, in some cases funded by the US government and aided by US and European organizations such as California’s Oakland Institute, have weaponized the human rights of Indigenous Nicaraguans. They make outrageous claims that the government is not just trampling over such rights but is guilty of systematic assassinations, exterminating communities, forced disappearances and even genocide (using this term is particularly egregious: the NGOs claim there have been 46 deaths since 2015 and some of these cases are questionable; this is among more than 220,000 Indigenous Nicaraguans).

Claims such as these were repeated in an online hearing held by the Inter-American Commission on Human Rights on March 18. IACHR is part of the Organization of American States and gets much of its funding from the US government. The hearing began with these accusations, made by the heads of two Nicaraguan “human rights” bodies, CEJUDHCAN and CALPI (in English, the Center for Justice and Human Rights in the Atlantic Coast of Nicaragua and Center for Legal Assistance for Indigenous People). They gave few details and called in evidence only one member of the communities said to be affected (who seems to have spent much of the last three years living in Europe).

In fact, except for these two NGOs and the spokesperson for the Nicaraguan government, none of the eight other speakers at the IACHR hearing were Nicaraguan. IACHR called none of the democratically elected representatives of Indigenous communities nor did it accept any questions to the speakers during the 90-minute hearing, despite having invited and received several detailed questions beforehand (including questions from Nicaraguans and from AFGJ supporters). Before the hearing, AFGJ and Task Force on the Americas formally submitted as evidence the new report, Nicaragua’s Indigenous Peoples – Neocolonial Lies, Autonomous Reality: this was completely ignored.

Of the dozen people invited to take part, only one, Nicaragua’s attorney general Wendy Morales, was prepared to comment positively about developments in the Caribbean regions (her testimony is available in English and in Spanish). Morales later responded very effectively and comprehensively to the allegations made by the NGOs. She pointed out that the constitution is unique in recognizing communal land rights, that the rights of Indigenous people to take part in decision-making and to use their own languages are not only protected but a key part of (for example) the school and health systems. She explained the investment which the government is making in good roads and highways as well as public services, and the steps already taken to regularize land holdings and mediate with settlers, many of whom are long-established in Indigenous areas and may have been illegally “sold” land even though it can only be held communally. She noted that 23 original peoples&#39; territories have been titled and delimited and gave examples of how these areas are protected (e.g. by community-appointed forest wardens and by locally agreed procedures for dealing with new settlers).

Morales also responded to some of the direct accusations made by the NGOs. One was that “precautionary measures” issued by the IACHR to protect local activists had been ignored by the government. In response she cited the case of Juan Carlos Ocampo, the Indigenous Miskitu giving testimony at the proceedings at the invitation of CEJUDHCAN; he had been granted such measures in 2018 but had never presented himself to the local judge, as required, to take advantage of them.

Challenging the argument that the government was allowing indiscriminate logging and mining in tropical forests, Morales held up an article from the right-wing newspaper La Prensa in which logging companies were complaining that the government refuses permits and prevents them from operating. Another article in La Prensa praised an agreement made between an Indigenous community and a mining company. The Oakland Institute representative, Anuradha Mittal, repeated false accusations about cattle farming in Indigenous areas which were debunked last year by NicaNotes and in an article for FAIR. Morales explained how Nicaragua’s sophisticated traceability system prevents any meat coming from cattle in protected areas from entering the supply chain.

As the AFGJ National Co-Coordinator Chuck Kaufman said beforehand, “It strains credulity that the IACHR will hold a legitimate and fair hearing when it has not invited any of the elected and traditional Indigenous leaders from the region. Why would it even choose to examine Nicaragua in the first place on the issue of colonization when it has by far the best record with regard to Indigenous sovereignty and rights in Central America, if not the whole hemisphere?”

No one denies that the land conflicts in Nicaragua’s Caribbean territories are real. But knowing that this part of the country is deeply divided between supporters and opponents of Nicaragua&#39;s government, IACHR chooses to give voice only to one side, allowing the government to respond but ignoring the variety of views in the communities themselves. IACHR encourages a judgment that the government is deliberately refusing to adopt obvious solutions to land conflicts, when the reality is much more complex. In doing so, it overlooks the obstacles and supports allegations of government neglect, while disregarding the many advances being made alongside the problems that remain.

It remains to be seen whether – after a long history of treating the Sandinista government in a manner little short of contempt – the IACHR is capable of reaching a balanced appraisal of the problems faced by the people of the Caribbean coast and of the government’s efforts to resolve them. When the outcome of the hearing is received, NicaNotes will be ready to analyze it.