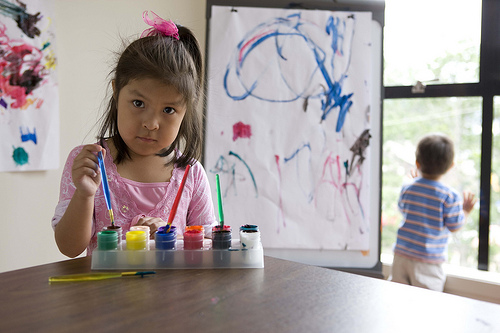 Even Among Conservative Leaders.

The success of Scandinavian-style child care stems from the fact that it is a truly public system—like our school system—with no place for private profit-making, which leads to cutting corners on staff and resources.

After decades of contentiousness, it’s surprising how quickly Canada’s new national child-care program has become as familiar and comfortable as your dog’s favourite squeeze-toy.

Or maybe it isn’t surprising. Why wouldn’t Canadians welcome a program that makes their lives as parents so much easier, giving them the freedom to work if they want while sparing them the exorbitant costs—often compared to a second mortgage—of child care?

Now that it’s arrived, the $30-billion national child-care program, announced by the Trudeau government last April after years of Liberal stalling and Conservative opposition, seems like a no-brainer. The aim is to provide $10-a-day child care across the country by 2026.

The plan is being hailed as an important first step that could lead to the development of a strong, public child-care system—with strict limits on private profit-making.

So far, even provinces with Conservative governments are on board with the new plan.

Ontario is the lone provincial holdout, but the Doug Ford government has signalled negotiations with the feds are going well and a deal is likely soon.

This has prompted accusations that Ford is deliberately stalling negotiations so the new program can be announced closer to the provincial election this spring.

But hold it! Is it possible that Ford—always keen to cut government spending—wants to ensure he gets credit for bringing the province into a new program that dramatically expands the role of government?

But when the idea turns into a concrete plan with $30 billion attached to it, offering such clear advantages that ordinary citizens get excited at the prospect—even conservative premiers have trouble saying no. Their desire to win re-election trumps their inner ideologue.

Of course, once implemented, social programs quickly become popular, making it difficult for conservative governments to scale them back.

That’s why right-wing think-tanks and business groups try to derail social program expansion while it’s still on the drawing boards, by insisting we can’t afford it—an objection that is never raised against government plans to spend enormous sums on, say, military jets.

We hear little about how popular and generous social programs are in Europe, particularly in Scandinavian countries, where child care isn’t just affordable but is actually spectacular—housed in beautiful buildings with well-designed play spaces indoors and outdoors, and providing warm and tasty meals.

Compare this to Canada, where child care, when available, is often housed in makeshift quarters, with few resources and underpaid staff.

It’s weird that we put such a low priority on providing for our children.

Of course, right-wingers argue that child care should be an individual responsibility. That’s fine for families that can afford expensive child care or even live-in nannies. But if the goal is to provide excellent care for all children, a public system is the most cost-effective; it’s really the only viable option.

And now that it’s clear a national child-care system is politically viable, it will be up to the Trudeau government to ensure that the one it’s started to build is strong—and public.

The success of Scandinavian-style child care stems from the fact that it is a truly public system—like our school system—with no place for private profit-making, which leads to cutting corners on staff and resources.

But child care is a big international business, and a growing portion of Canada’s child care is provided by corporate chains that are anxious to expand here.

The real test for the Trudeau government will be whether the billions it’s investing in child care will be used to build a strong public system—or get scooped up by child-care multinationals spotting an easy and reliable source of cash.