‘No Social Backlash To Anyone That Holds Islamophobic Views’

Above Photo: A French police officer stands as Muslims leave the Great Mosque of Paris after the Friday sermon following the 2015 attacks [File: Yoan Valet/EPA]

French Muslim activists and academics say Islamophobia starts with the state and is not treated seriously.

Paris, France – In March, a French woman wearing the hijab applied for a job at a lingerie shop, Etam, in the southern city of Montpellier.

The woman, Oumaima, claimed her application was rejected because the manager told her veiled women would not be accepted.

In a video posted on Twitter that has been viewed more than 240,000 times, Oumaima said she was a victim of racism and called for a boycott of the brand as she explained “how difficult it is to live, study, and work with a hijab in France”.

Etam reacted quickly, issuing a statement on the same day saying the incident “does not reflect its values”.

The manager was sacked and Etam called Oumaima to apologise.

The incident highlighted a frequent debate in French politics and society: Can French Muslims ever be just French?

Following the 2015 attacks in Paris, in which the Islamic State of Iraq and the Levant armed group (ISIL or ISIS) killed 130 people in three incidents, Islamophobic sentiment has increased, said Nadiya Lazzouni, a journalist and Muslim activist.

“The belief that Islam cannot be a part of France’s Republic or that the French Muslim is a disguised enemy from within the country has definitely spread across the country,” she told Al Jazeera.

“It’s important to remember that after the 2015 attacks, the government and other institutions publicly asked Muslims to disengage themselves from what happened, which clearly means they didn’t trust Muslims to be supportive of France,” Lazzouni said. “It was a way to affirm whether we were loyal to the nation or not.” 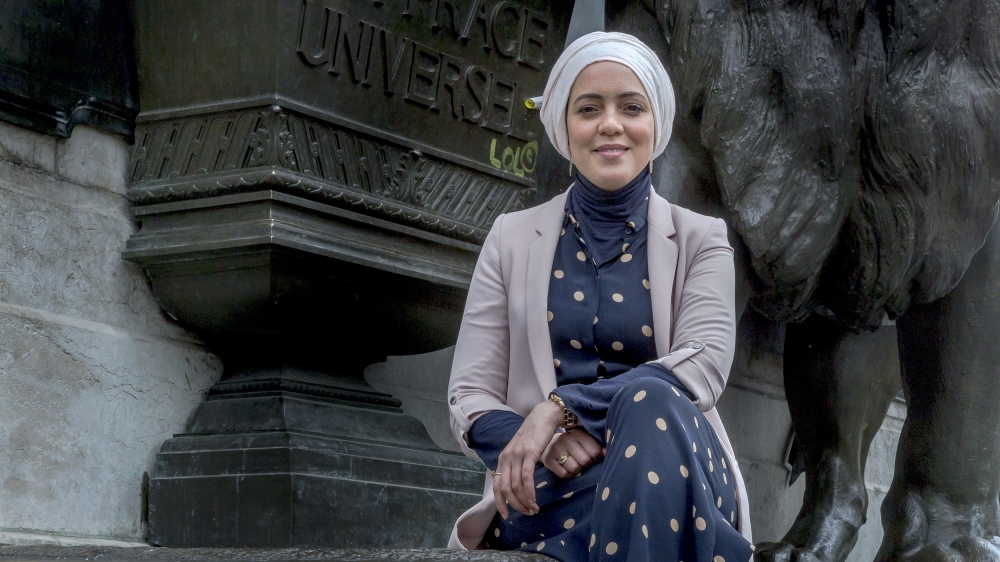 The activist said Islamophobia has been increasing at a “frightening rate” in France for years.

According to the Collectif Contre L’Islamophobia en France (Organisation against Islamophobia in France, also known as CCIF) Islamophobic attacks increased by 52 percent in 2018 compared with 2017.

“He created a link between the two,” Lazzouni said, adding that this paved the way for his successor, Francois Hollande, to propose stripping dual-nationality citizens of their French nationality if they were suspected of “terrorist” activity.

The proposal did not get far following public outcry, but the damage was already done, said Lazzouni.

It had implanted in people’s minds the creation of “two versions of France facing each other”, she said.

“Islamophobia is institutionalised within France,” Bachare told Al Jazeera. “There are two laws, one in 2004 that bans the hijab from public schools, and one in 2011 that bans the full face veil, that directly target the individual liberties of Muslim women.”

But there is also discrimination at work, such as the recent incident at the French lingerie shop. 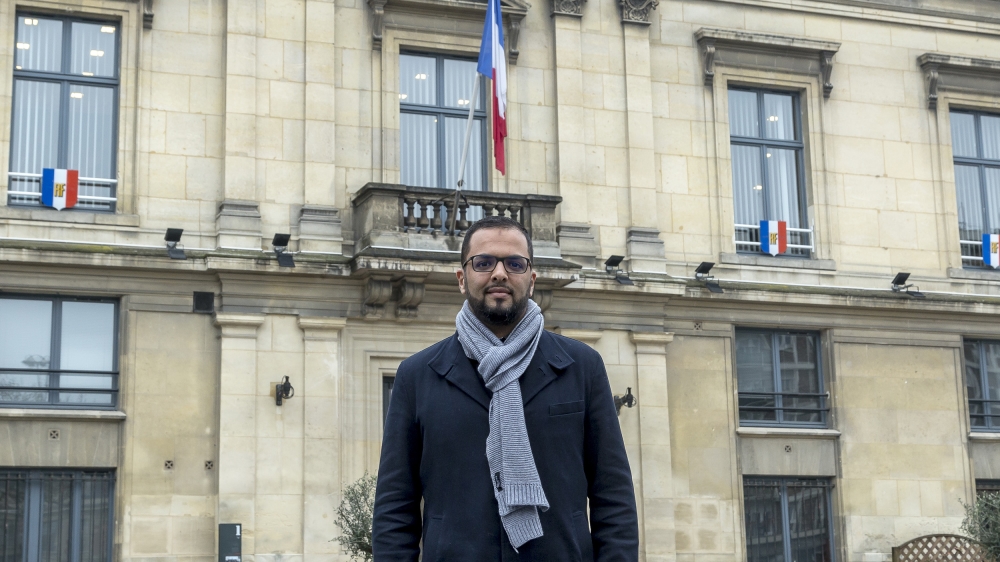 Jawad Bachare, executive director of CCIF, in front of the Saint Ouen city hall on the outskirts of Paris, France [Omar Havana/Al Jazeera]

“[But] some people do not report Islamophobic acts due to fear of reprisals,” said Bachare. “Following the announcement of the state of emergency in 2015 after the attacks, there was a suspicious climate in France coupled with police raids on homes, which contributed to silencing people in a way.”

Bachare said the government’s own data on Islamophobia is unreliable because it only counts attacks where charges were pressed.

“Here at CCIF, we count situations and procedures that do not necessarily end up going to court,” he said.

According to Abdellali Hajjat, professor of political science at Nanterre University, there was a conscious movement of thought that in 2003 drove France’s historical secularism into what he called “neo-secularism”.

Secularism in France was enshrined in law in 1905 and stipulates the separation of church and state, focused on three principles: the neutrality of the state, the freedom of religious practice, and public powers related to the church.

“The way Muslims are stigmatised in France today is perpetrated by the neo-secularism rhetoric, which consists of spreading the principle of religious neutrality beyond state officials, and then applying it to citizens,” Hajjat said, adding it was “hostile” to freedom of expression.

“Centre-right and centre-left movements or parties, represented by Manuel Valls (prime minister under Hollande) or by Nicolas Sarkozy, were more focused on an extending logic of this neo-secularism principle.”

This rhetoric, which reached its peak in the 2004 ban on the hijab, had to do with the September 11 attacks in the United States and, before that, the attacks on French soil in 1995 and 1996 that were linked to the Algerian civil war, which Hajjat said changed the public perception of Muslims in France.

There were also intellectuals who had, since 1989, argued for a ban on the hijab and who are still part of the public scene,  he added.

“People like [author] Elisabeth Badinter and [philosopher] Alain Finkielkraut, as well as the late [industrialist] Pierre Berge, took it upon themselves to convince the political elite that there was a Muslim issue in France, and that the only solution was to completely ban the hijab in public schools,” he said. “They completely reduced the headscarf-wearing woman to the piece of fabric on her head.”

However, Hajjat added, Emmanuel Macron, the current president, “adheres to the original version of secularism because he is surrounded by a heterogeneous cabinet from diverse political backgrounds that have truly different ideological visions.”

Lazzouni, the activist, said Islamophobia is still not yet recognised as a crime on the same level that anti-Semitism is.

“Anti-Semitism is fought against with determination by the government, and that’s great,” she said. “We are just demanding that all forms of racism are fought with the same vigour.”

Hajjat agrees and says that Islamophobia, as a form of racism, is also considered legitimate rhetoric.

“There’s no social backlash to anyone that holds Islamophobic views,” he said. “This happens because the public squares in which they have a platform to spread their ideas is run by people who share the same rhetoric.”

For example, Laurence Rossignol, the former minister for families, children and women, infamously compared women who chose to wear the veil to “negroes who were in favour of slavery“.

“[With] clear Islamophobic voices rising within the government, [there is an] idea that Islamophobia is an opinion rather than a crime,” Lazzouni argued.

In the aftermath of the Christchurch mosque attacks in New Zealand, in which at least 50Muslim worshippers were gunned down by a far-right white supremacist, “columnists, so called-intellectuals and journalists were given a platform to try to explain and therefore legitimise this terrorist act by saying it was an act of revenge [for acts committed by ISIL],” said Lazzouni, explaining that combatting Islamophobia requires more than documenting and giving legal advice.

“We need to focus on other fields than the legislative one to fight efficiently anti-Muslim racism,” she said.