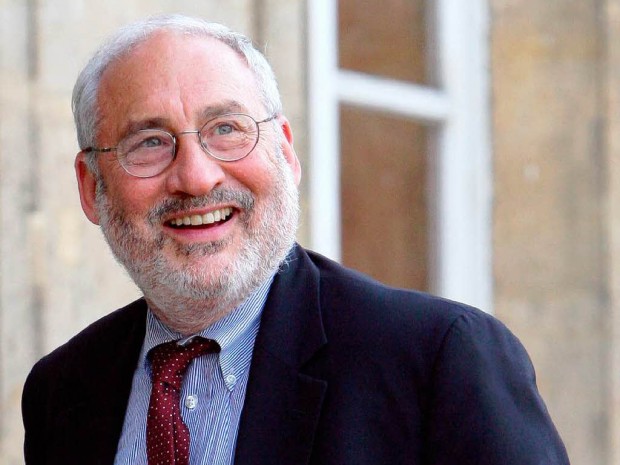 Stiglitz has written that the people of the United States are on the wrong side of globalization and warns that the American people need to be paying attention to the TPP and other trade agreements being negotiated by President Obama.  He points out the TPP has negotiated in secret since 2010 and that we have to rely on leaked drafts.  He writes that when Fast Track trade authority was introduced in 2014, it cased a lot of controversy. Stiglitz writes:

Controversy has erupted, and justifiably so. Based on the leaks — and the history of arrangements in past trade pacts — it is easy to infer the shape of the whole TPP, and it doesn’t look good. There is a real risk that it will benefit the wealthiest sliver of the American and global elite at the expense of everyone else. The fact that such a plan is under consideration at all is testament to how deeply inequality reverberates through our economic policies.

In the end the Fast Track bill did not go anywhere. It was so unpopular that a vote was never held.

Today’s trade agreements are not like the traditional trade agreements, which were about tariffs. Rather they are a ‘race to the bottom’ when it comes to protecting workers, the environment and consumers. He writes:

Today, the purpose of trade agreements is different. Tariffs around the world are already low. The focus has shifted to “nontariff barriers,” and the most important of these — for the corporate interests pushing agreements — are regulations. Huge multinational corporations complain that inconsistent regulations make business costly. But most of the regulations, even if they are imperfect, are there for a reason: to protect workers, consumers, the economy and the environment.

What’s more, those regulations were often put in place by governments responding to the democratic demands of their citizens. Trade agreements’ new boosters euphemistically claim that they are simply after regulatory harmonization, a clean-sounding phrase that implies an innocent plan to promote efficiency. One could, of course, get regulatory harmonization by strengthening regulations to the highest standards everywhere. But when corporations call for harmonization, what they really mean is a race to the bottom.

Corporations want a world before the recent financial crisis that brought some regulation to banks. They want to go back to the era before the Clean Air Act and Clean Water Act so protection of the environment does not undermine their profits. Corporations want to be able to sue governments, every level of government, if laws written in the public interest reduce their profits. They want to be able to sue for the profits they expected to make before a new law in the public interest was enacted.