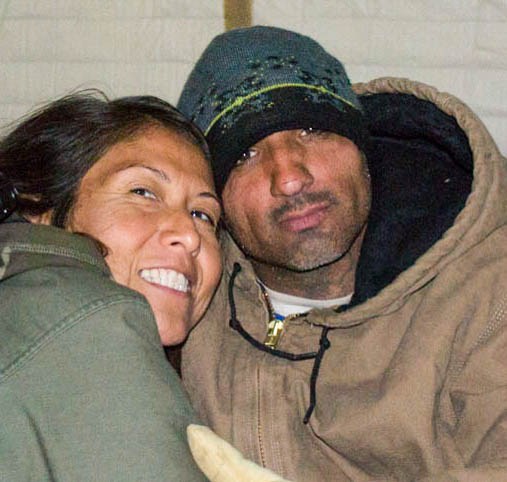 The treaty camp, erected in the direct path of the Dakota Access Pipeline, was eventually evicted by State, Federal and Private police forces. Little Feather joined hundreds in defense of the camp and was charged by the federal government for his actions.

The sentencing marks the first of a series of defendants awaiting trial and sentencing from charges brought forward against them by the United States government.

Police advance towards blockade on Hwy 1806 to evict #OcetiSakowin from 1851 treaty land and pave way for the #DakotaAccessPipeline. #NoDAPL pic.twitter.com/VRQAGRdN10

Chief Judge Daniel Hovland who presided over the trial told Little Feather “It seems as though you’ve turned things around in your life, sir…I commend you for that.”

We are so grateful to finally be able to start counting the days until Little Feather will return home to his family and community and we appreciate all the amazing support we have received.”

The first federal sentencing comes alongside ongoing state-level trials. According to the Water Protector Legal Collective website, as of May 2 2018, there have been 835 state criminal cases connected to the #NoDAPL movement, of those: 328 have been dismissed, 24 acquitted at trial, 115 received a pretrial diversion, 127 have reached plea agreement and 16 have been convicted at trial. 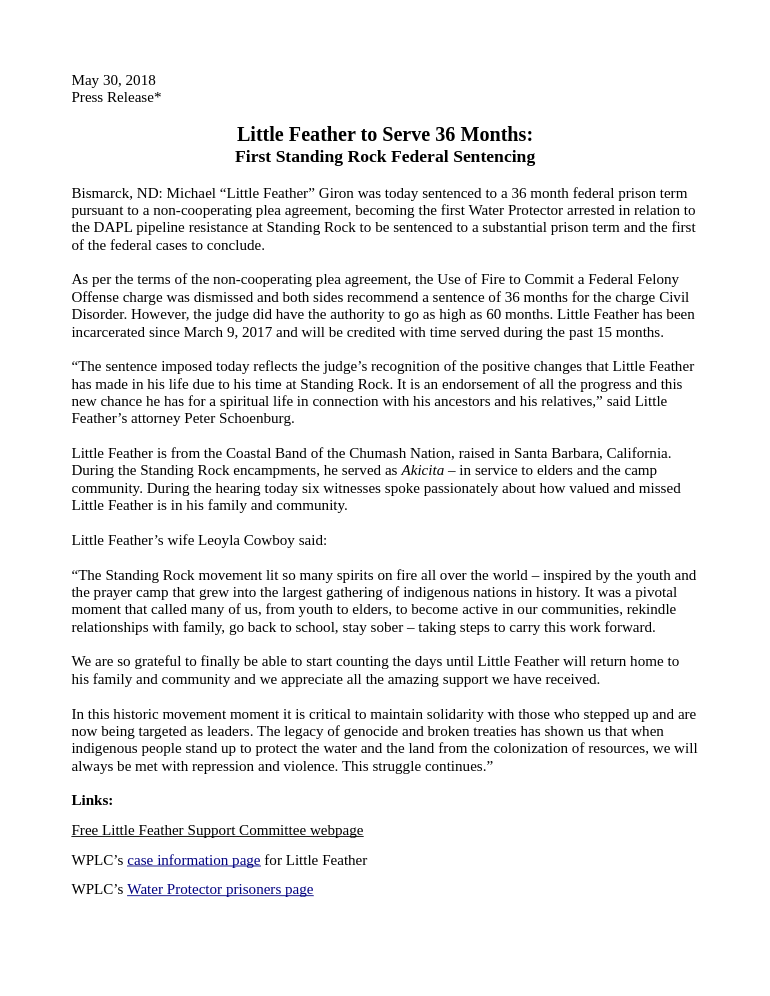