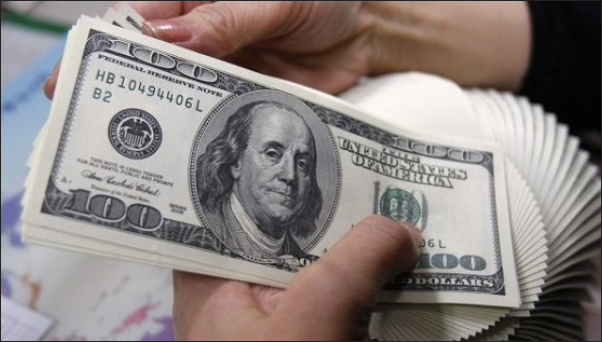 Nonprofits: Beware The Hand That Feeds

Above Photo: Money comes with strings that can undermine a revolutionary’s mission. | Reuters

Can we really depend on big money to fund change?

Injustice is not happenstance. It’s systemic. Police shoot more unarmed black men than white because the slave system put a target on their backs centuries ago that has never been erased. Racism is in America’s DNA. It is a systemic problem built into the American culture ever since black people were counted as chattel and fed from a pig’s trough. Every American institution from prisons to politics, from Yale to Mizzou is laced with the inextricable venom of the slave system. The American system is so infected with racial injustice that even programs funded to mitigate systemic social and economic problems become fruit of the poisonous tree. The Nonprofit Quarterly said it best: The Nonprofit Industry has a Ferguson problem.

“In the United States there is a structured system set up for white people to profiteer off of the oppression of black folks,” he said. “We call it the Nonprofit Industrial Complex. White corporations make sure that their profits are not taxed because they put profits into nonprofits and foundations and typically they are just extensions of that corporation’s social and political agenda… it’s about systemic inequality and oppression because it insures that you can’t institution build.”

Adam Jackson is native to West Baltimore and leads an independent, community-based organization that accepts no funding from political entities, nonprofits or foundation. They target legislative policy to bring about change. According to Jackson, black people have to build their own institutions so that they can map an agenda accountable to the community they serve. Although the racism in the Prison Industrial Complex is a familiar target for change, the NPIC gets little attention.

The U.S. nonprofit sector of 501c(3) tax-exempt organizations is a 1.3 trillion dollar industry. It is the world’s seventh largest economy funding 1.5 million organizations that range from art museums to think tanks and social justice groups on the right and the left side of the fence.

According to a Boardsource survey, “63 percent of organizations say that diversity is a core value … the percentage of people of color on nonprofit boards has not changed in 18 years.”

While students from 51 colleges across America protest racist, sexist and homophobic practices, demanding that presidents and professors stand down and dictating courses of action to make schools more representative of minority students, racism in the nonprofit industry flies under the radar. As movements grow and seek funding, they often look to elite foundations to pay their way.

Andrea Smith of INCITE! Women of Color Against Violence, cautions against building movements on the corporate dole. In “The Revolution Will Not Be Funded: Beyond the Non-Profit Industrial Complex,” she writes that a Ford Foundation grant of US$100,000 was pulled from their organization when a board member discovered that they supported the Palestinian liberation struggle.

Smith warns that corporations that offer handouts can compromise social change. They can use funding to mask corporate malfeasance and colonial practices; monitor and control activism; divert public money into their own coffers; manage activist goals to attack symptoms rather than systemic problems; lead social movements to aspire to a capitalistic model that benefits their own agenda.

With dissent bent and compromised to fit a corporate 501c(3) model, the cry for change can be muted and misdirected. To that extent nonprofit models can coopt social justice movements who depend on them for support.

Can we ever depend on big money to fund change?

Increasingly young people are finding money from other sources. In 2014 a group of social activists, We Charge Genocide (WCG), modeled off an earlier group of the same name, brought racial injustice to the United Nations and made a formal charge of genocide against the United States on the world stage. In the ‘50s the charges included lynching, police brutality and social and economic inequities. The 21st century WCG activists were out of Chicago responding to the fact that in 2014 23 of 27 police shooting victims were African American. The case of Dominique “Damo” Franklin ignited the organization to action when he was Tasered to death after an alleged petty theft. In Chicago 92% of Taser victims are black or Latino. They took the police brutality crimes of the United States to the United Nations Committee Against Torture in Geneva, Switzerland.

WCG did not petition deep pockets to fund their trip. They raised over $21,000 from online donations of ordinary people to fund their UN youth representatives.

This is a difficult time for nonprofits and people taking social action. The industry is still reeling from recession, with increased needs for shrinking funds. In the book, “The Revolution Will Not Be Funded,” they make the point that right wing organizations spend top dollars on funding think tanks. Those think tanks shape the social and political conversations that mold public opinion. Progressive organizations tend to be more issue oriented.

Heritage Foundation president Edwin Feulner applauded American Billionaire Richarad Mellon Scaife saying, “Right -wing victories started more than twenty years ago when Dick Scaife had the vision to see the need for a conservative intellectual movement in America…. These organizations built the intellectual case that was necessary before political leaders like Newt Gingrich could translate their ideas into practical political alternatives.”

Adam Jackson of LBS has the right idea, creating a think tank to map a course while living in the community that he serves. In order to change racist institutions, people of vision need to build systems that can serve real needs for on the ground problems. When funding sources come from elite billionaires operating in rarefied air out of their own capitalistic and political agendas, they will always protect the systems that they created. We should expect nothing less.

This content was originally published by teleSUR at the following address:
“http://www.telesurtv.net/english/opinion/Nonprofits-Beware-the-Hand-that-Feeds-20160119-0001.html”. If you intend to use it, please cite the source and provide a link to the original article. www.teleSURtv.net/english