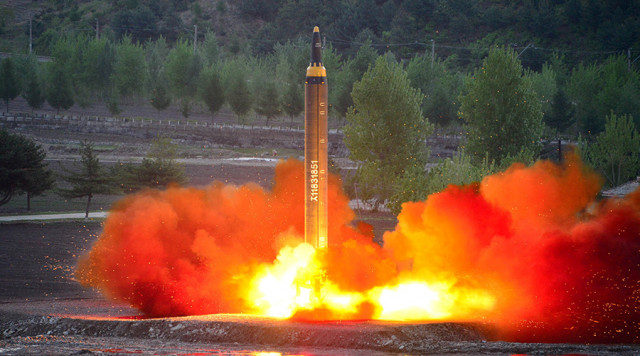 Russia has provided evidence to the United Nations indicating that North Korea’s latest missile launch on July 4th tested an intermediate range rocket, despite the US’ insistence that it was an intercontinental ballistic missile.

“A Voronezh-type radar station deployed in the Irkutsk region monitored the launch of the Hwasong-14 medium-range ballistic missile (IRBM) from North Korea, which flew a distance of 510 kilometers (317 miles) in 14 minutes, reaching an altitude of 535 kilometers (332 miles), before landing in the Sea of Japan,” reads a letter from Russia’s UN mission addressed to the UN’s secretary-general and the chairman of the Security Council.

An illustration of the trajectory of the missile and the territory it covered during flight is included in an addition to the letter. 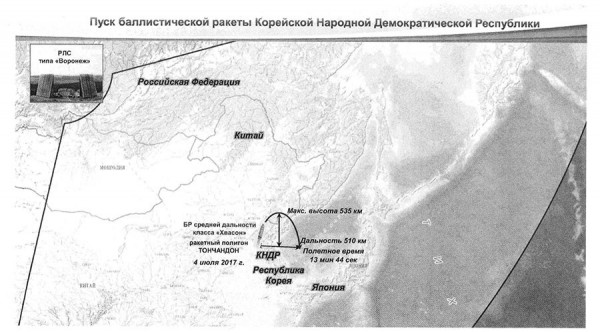 The evidence, compiled by the Russian Defense Ministry, was sent to the UN after a fierce Security Council debate over North Korea’s missile launch earlier this week, in which the UN’s assistant secretary-general backed the US assessment that the Hwasong-14 missile does, indeed, possess the technical characteristics to be called an ICBM.

“According to these parameters, the missile would have a range of roughly 6,700 kilometers [4,163 miles] if launched on a more typical trajectory, making it an intercontinental ballistic missile (ICBM) according to a widely used definition,” the UN official said on Wednesday.

Based on North Korea’s claim and the Pentagon’s assessment that the rocket poses a new level of threat to the US and the region, the US ambassador to the UN dedicated the entire UNSC meeting to scrambling together a new set of sanctions to impose on Pyongyang. The Pentagon failed to share its own tracking data, however.

Understanding what type of missile was launched on July 4th launch is crucial to proceeding with a North Korean settlement. Unlike the US, which has not ruled out a military solution to the crisis, Russia and China have offered a peaceful resolution that would avoid placing further sanctions on the North Korean regime. Moscow has adamantly stated that new sanctions will only lead to a stalemate.

The plan proposed by Russia and China calls for Pyongyang to freeze its nuclear and missile testing, while Washington would suspend its military drills with South Korea on the Peninsula.

The plan also envisages both adversaries renouncing the use of force, while creating “peace mechanisms” on the Korean Peninsula.