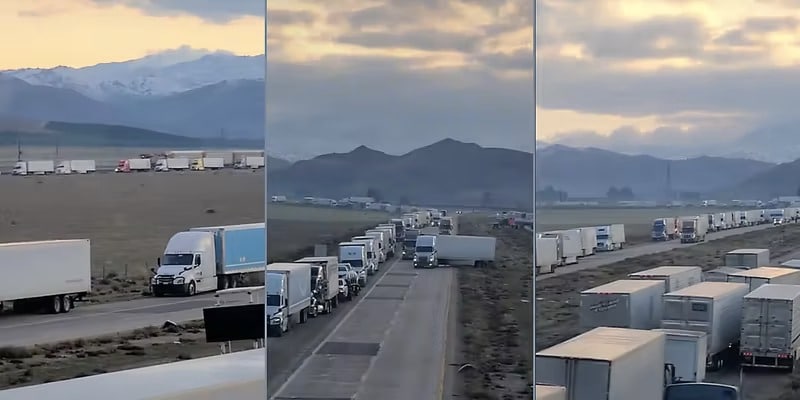 Rogel Lazaro Aguilera-Mederos was sentenced to 110 years in prison because of a vehicle accident in 2019, caused by the company not maintaining its equipment and the brakes failing. No one but the trucking company he is/was employed by should be held accountable for this accident.

Rogel Lazaro Aguilera-Mederos is a Cuban truck driver who was sentenced for 110 years in prison because of a vehicle accident on the I-70 in Denver in 2019. The brakes of the semi-truck failed and he crashed into traffic, causing a 28-car pile up, killing four people, and injuring several others. The accident occurred because the company Aguilar-Mederos worked for at the time did not properly maintain their equipment and permitted a driver to use a truck with faulty brakes.

“I ask God too many times why them and not me? Why did I survive that accident?” Aguilera-Mederos said to the court. “I am not a murderer. I am not a killer. When I look at my charges, we are talking about a murderer, which is not me. I have never thought about hurting anybody in my entire life.”

This case is causing outrage among truck drivers. Three days ago drivers across the country organized a large protest in solidarity with Aguilera-Mederos called #NoTrucksToColorado. As a result of the protest, drivers have refused to offload goods in Colorado. This is only increasing the supply chain crisis as we approach the winter holidays.

Truckers aren’t entering Colorado in protest of Rogel Lazaro Aguilera-Mederos getting a 110 year sentence after his breaks failed and his truck killed 4 people, a tragedy the company should be liable for. I think we’re about to see the power of truckers.

The protest brought massive attention to the unjust conviction of Lazaro Aguilera-Mederos. So far, more than four million people have signed a petition on Change.org asking for “commutation as time served, or grant clemency.”

At the same time, many people are calling attention to how differently this case has been treated compared to Ethan Couch, a rich white teen from Texas, known as the “affluenza teen.” Couch was sentenced to probation after driving drunk and killing four people. His lawyer literally claimed that he suffered from “affluenza”– which meant that he had no understanding of boundaries as his affluent parents had never given him any.

Couch drove drunk, killed four people and got probation. Rogel Lazaro Aguilera-Mederos was provided a faulty vehicle, and is sentenced for 110 years in prison.

As the petition says, ”no one but the trucking company he is/was employed by should be held accountable for this accident.”