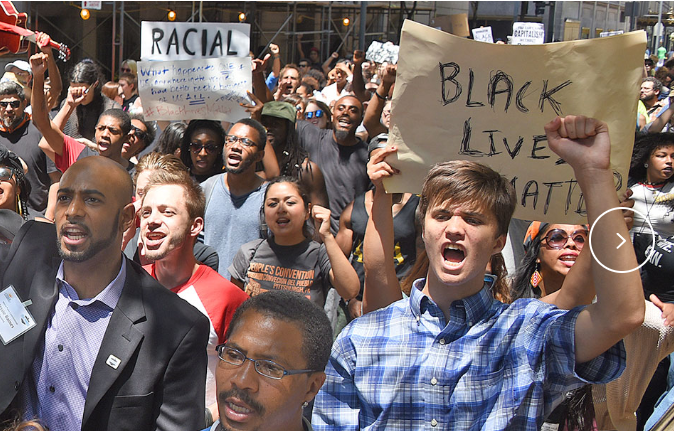 Now More Than Ever, It Is Imperative That Local Elected Officials Step Up To Defend Our Communities.

For too long, communities across the country have lived with the reality of harmful policing practices and a punitive legal system that relies heavily on criminalization, rather than on crime prevention, restorative practices, and investment. The criminalization of marginalized communities is a cornerstone of our nation’s justice system—from the systemic divestment of social services from communities of color, to “War on Drugs” and “tough on crime” policies of the 1990s, to the proliferation of policing practices targeting minor infractions.[1] This reality is enduring. Indeed, under the Trump administration, communities now find themselves in an era of even more heightened attack.

Police Reform in the Trump Era

In his first year in office, Trump successfully rolled back many of the incremental gains made in criminal justice reform over the last decade, eroding hard-won efforts by organizers and community members around the country. Under Trump, the Department of Justice (DOJ) has withdrawn from previous investigations of police abuse and misconduct, resumed the use of private, for-profit prisons, and stopped granting commutations to low-level drug offenders.[2] In 2017, Attorney General Jeff Sessions ordered federal prosecutors to charge as aggressively as possible in every case, reversing an Obama-era policy that eased up on nonviolent drug offenses.[3] In addition, Trump and Sessions have repeatedly pedaled falsehoods that crime and murder rates are at all-time highs, and have publicly drawn erroneous connections between immigration and crime.[4]  Trump himself suggested publicly that police officers could, and even should, use excessive force and violence when making arrests and transporting suspects.[5]

In this moment, as the DOJ has stepped away from its responsibility to protect civil liberties, local elected officials are even more critical forces in police reform. Now more than ever, it is imperative that local elected officials step up to defend our communities—by championing progressive policing reforms, by advocating for greater oversight and transparency of policing practices, and by bringing impacted community members to the decision-making table to ensure that reforms are meaningful and that real transformation of our justice system becomes possible.

In the past year alone, progressive elected officials have engaged in inspiring and hopeful work to fight back. For example, in Albany, NY, Council Member Dorcey Applyrs championed and passed a police identification law, which aims to increase transparency and accountability in police-civilian interactions.[6] In Seattle, WA, Councilmember Lisa Herbold championed and passed a demilitarization policy through city budget legislation, which prohibits the police department from receiving military-grade equipment from the federal government.[7] In Berkeley, CA, Councilmember Kate Harrison and her colleagues proposed a number of reforms to the police department’s use-of-force policy to expand the definition of use of force and increase transparency and accountability through stronger reporting measures.

Published as a follow-up to the Center for Popular Democracy and PolicyLink’s 2015 report, “Building Momentum from the Ground Up: A Toolkit for Promoting Justice in Policing,” this evaluation toolkit is meant to be a practical, actionable resource designed specifically to support local elected officials in their ongoing efforts to enact progressive policing policy reform. To that end, the toolkit provides a set of criteria and resources that local elected officials and their staff can use to assess their local jurisdiction’s current standing and develop actionable progress across a number of policy areas, drawing from best practices from practitioners and policy groups around the country. While we offer these policies as promising areas for reform, we do not intend for them to be a comprehensive list. We acknowledge that these reforms do not fully tackle the structural challenges of over-policing, hyper-criminalization, or mass incarceration. Finally, strong policies on the books must be paired with strong implementation and community engagement to be meaningful.

Policies in this Toolkit

The policies covered in this toolkit include:

We hope that this toolkit will aid the courageous work of local elected officials—in close partnership with impacted community members, advocates, and organizers—to fight back in the current era of heightened attack on our communities.

[1] The proliferation of state criminal statutes is striking. Michigan, for instance, has an estimated 3,102 crimes on its books, and on average created 45 crimes annually from 2008 to 2013. See: James R. Copland, Isaac Gorodetski and Michael J. Reitz, “Overcriminalization the Wolverine State: A Primer and Possible Reforms for Michigan,” Manhattan Institute and the Mackinac Center for Public Policy, October 2014, http://www.manhattan-institute.org/pdf/ib_31.pdf, 1, 3. Similarly, California added 1,000 new criminal laws to its books in just one seven-year period in the late 1980s and early 1990s. See: Lenore Anderson, “In California’s Experience, It Isn’t Bigger Prisons that Crime Victims Want,” Penal Reform International, August 25, 2015, https://www.penalreform.org/blog/in-californias-experience-it-isnt-bigger-prisons-that/.

[2] The Editorial Board, “Donald Trump and the Undoing of Justice Reform,” The New York Times, February 17, 2018, https://www.nytimes.com/2018/02/17/opinion/sunday/donald-trump-and-the-undoing-of-justice-reform.html; “Criminal Justice One Year Into the Trump Administration,” Brennan Center for Justice, February 8, 2018,  https://www.brennancenter.org/sites/default/files/publications/Criminal_Justice_One_Year_Into_the_Trump_Administration_0.pdf, 1,4

[3] The Editorial Board, “Donald Trump and the Undoing of Justice Reform”; “Criminal Justice One Year Into the Trump Administration,” Brennan Center for Justice, 3.

[4] The Editorial Board, “Donald Trump and the Undoing of Justice Reform”; “Criminal Justice One Year Into the Trump Administration,” Brennan Center for Justice, 1, 2.

[6] Ordinance 37.81.17, Common Council of the City of Albany, https://www.albanyny.gov/Libraries/Common_Council_Agendas_and_Minutes/AUGUST_21_2017.sflb.ashx.