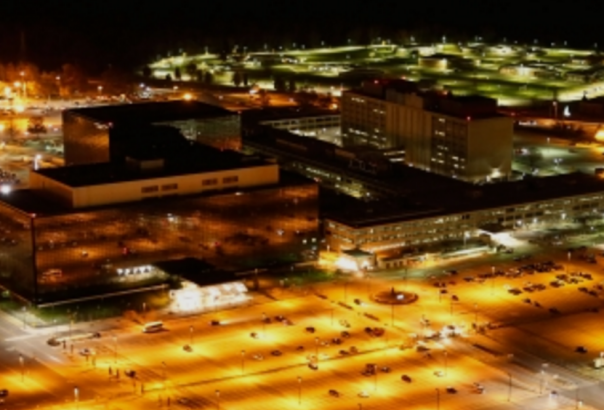 Above Photo: From TheIntercept.com.

On September 5, 2013, The Guardian, the New York Times and ProPublica jointly reported — based on documents provided by whistleblower Edward Snowden — that the National Security Agency had compromised some of the encryption that is most commonly used to secure internet transactions. The NYT explained that NSA “has circumvented or cracked much of the encryption, or digital scrambling, that guards global commerce and banking systems, protects sensitive data like trade secrets and medical records, and automatically secures the emails, web searches, internet chats and phone calls of Americans and others around the world.” One 2010 memo described that “for the past decade, NSA has led an aggressive, multipronged effort to break widely used internet encryption technologies.”

In support of the reporting, all three papers published redacted portions of documents from the NSA along with its British counterpart, GCHQ. Prior to publication of the story, the NSA vehemently argued that any reporting of any kind on this program would jeopardize national security by alerting terrorists to the fact that encryption products had been successfully compromised. After the stories were published, U.S. officials aggressively attacked the newspapers for endangering national security and helping terrorists with these revelations.

All three newspapers reporting this story rejected those arguments prior to publication and decided to report the encryption-cracking successes. Then-NYT Executive Editor Jill Abramson described the decision to publish as “not a particularly anguished one” in light of the public interest in knowing about this program, and ProPublica editors published a lengthy explanation along with the story justifying their decision.

All three outlets, while reporting the anti-encryption efforts, redacted portions of the documents they published or described. One redaction in particular, found in the NYTdocuments, from the FY 2013 “black budget,” proved to be especially controversial among tech and security experts, as they believed that the specific identity of compromised encryption standards was being concealed by the redaction.

None of the documents in the Snowden archive identify all or even most of the encryption standards that had been targeted, and there was a concern that if an attempt were made to identify one or two of them, it could mislead the public into believing that the others were safe. There also seemed to be a concern among some editors that any attempt to identify specific encryption standards would enable terrorists to know which ones to avoid. One redaction in particular, from the NYT, was designed to strike this balance and was the one that became most controversial:

The issue of this specific redaction was raised again by security researchers last monthin the wake of news of a backdoor found on Juniper systems, followed by The Intercept’sreporting that the NSA and GCHQ had targeted Juniper. In light of that news, we examined the documents referenced by those 2013 articles with particular attention to that controversial redaction, and decided that it was warranted to un-redact that passage. It reads as follows:

The reference to “the two leading encryption chips” provides some hints, but no definitive proof, as to which ones were successfully targeted. Matthew Green, a cryptography expert at Johns Hopkins, declined to speculate on which companies this might reference. But he said that “the damage has already been done. From what I’ve heard, many foreign purchasers have already begun to look at all U.S.-manufactured encryption technology with a much more skeptical eye as a result of what the NSA has done. That’s too bad, because I suspect only a minority of products have been compromised this way.”

NSA requested until 5 p.m. today to respond but then failed to do so. (Update: The NSA subsequently emailed to say: “It would be accurate to state that NSA declined to comment.”)