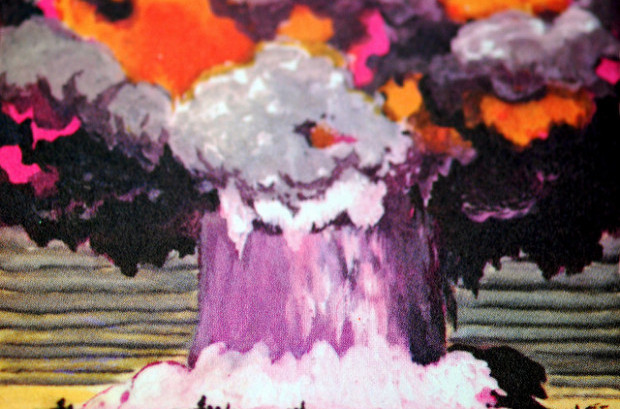 The U.S. Air Force has announced a test launch of an unarmed Minuteman III intercontinental ballistic missile from Vandenberg Air Force Base in California on April 26.

Although such tests are conducted routinely, the timing of this one may not coincidental; the U.S. military sees nuclear delivery system tests as “distinct messaging opportunities”. U.S. Air Force, Doctrine Annex 3-72, Nuclear Operations, May 2015. Regardless of the timing, it is clear that the message intended for North Korea (and the rest of the world) is that the United States has nuclear weapons, and is prepared to use them. In the past, U.S. officials have said so outright. Prior to a similar test in early 2016, Deputy Defense Secretary Robert Work told reporters “That’s exactly why we do this… We and the Russians and the Chinese routinely do test shots to prove that the operational missiles that we have are reliable. And that is a signal … that we are prepared to use nuclear weapons in defense of our country if necessary.” David Alexander, “U.S. test-fires ICBM amid tensions with Russia, North Korea,” Reuters, Feb 26, 2016.

It also is hard to see the difference between the intentions behind North Korea’s displays of its nuclear and missile capabilities and those of the United States—aside from the fact North Korea has far more to fear, given that the United States has military and nuclear forces that far exceed those of North Korea, and that are exercised frequently close to North Korea’s shores. Each of the 400 Minuteman III missiles currently in service carries a nuclear warhead 20 or more times as powerful as the atomic bomb dropped by the United States on Hiroshima in 1945. The U.S. also deployed nuclear-capable B-2 and B-52 bombers on several occasions following North Korean nuclear or missile tests, even conducting flyovers in South Korea. see Tara Copp, “US sends 3 nuclear stealth bombers to Pacific,” Stars and Stripes, March 9, 2016; Choe Sang-Hunjan. “In Show of Alliance, American Forces Fly B-52 Bomber Over South Korea,” The New York Times, January 10, 2016.

It is hard for the American public to get a clear understanding of the growing crisis in Northeast Asia without a balanced portrayal of the actions of all the parties, including the United States. U.S. military exercises and deployments in the region do get some press coverage but are seldom emphasized (in the absence of a snafu like the recent wrong-way aircraft carrier strike group). U.S. tests of its nuclear-armed missiles, part of a nuclear arsenal with enough firepower to reduce any country on earth to ashes, draw virtually no national media coverage—but the threat is well-understood by those who might be on the receiving end. The pursuit of nuclear weapons by North Korea’s rulers frequently is portrayed as an act of madness–but it is no more insane than the continued brandishing by the original nuclear-armed nations of arsenals still large enough to end civilization in short order.

The nuclear confrontation of the Cold War was intolerable, but at least the leaders of the nuclear-armed states came to understand that nuclear weapons stand in a class by themselves, and that war between nuclear-armed states easily could tip into catastrophe. Today’s political and military leadership in the United States too often seems to view its nuclear weapons as a tool of intimidation and domination, allowing their unmatched conventional forces to posture or launch attacks, even when that might threaten the interests of other nuclear-armed countries. Four nuclear-armed militaries are present on the Korean peninsula and on the land and waters around it. Both China and Russia share borders with North Korea. Any war in this densely populated area would be a disaster, and the consequences of even a regional nuclear war would be a horror beyond words.

There is no military solution to the Korea crisis. Another lesson learned during the Cold War was that even when the prospects for a resolution seem dim, negotiations between nuclear-armed adversaries have other positive results. They allow the military and political leadership of the adversaries to better understand each other’s intentions, and their fears. They build broader channels of communication between military and government bureaucracies that can be of tremendous value when tensions rise.

Continued threats and deployment of U.S. forces around North Korea could trigger a catastrophic war by miscalculation. Carrying out those threats via a unilateral attack by the United States would further fray the fabric of the post-World War II international legal order. If the government of the United States wants peace and a viable path to a nuclear-weapons-free North Korea, it should be ready to talk to North Korea’s government—immediately, directly, and without conditions.