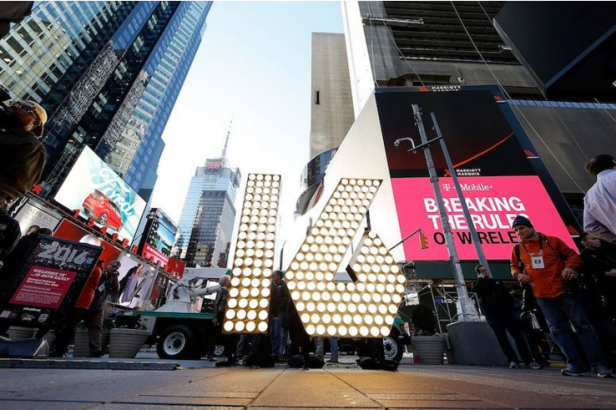 New Year’s Eve gatherings staged outside of jails are intended to bring noise and cheer to those behind bars.

As hundreds of thousands of revelers crowd into Times Square to watch the ball drop on New Year’s Eve, a small group less than five miles south will bang drums and pots and pans outside an unlikely venue that couldn’t feel farther away: the Metropolitan Correctional Center in downtown Manhattan.

The gathering is part of an international day of demonstrations staged every year outside of prisons from Puget Sound to North London to show solidarity with inmates who might not otherwise commemorate the start of a new year. Organizers think of it not as a protest but as a party, intended to carry music and celebration up to the tiny windows and cells of even the most bleak, high-security facilities.

“The reason that we’ve taken to doing them on New Year’s Eve is it’s kind of the loudest night of the year, and we want to be able to harness that noise to just remind folks on the inside that they’re not forgotten and they’re not alone,” Andrew, an organizer who preferred not to use his last name because of his affiliation with the New York chapter of the national prisoner support group Anarchist Black Cross, told TakePart.

Andrew estimates that about 200 supporters show up over the course of the night to a part of lower Manhattan crowded with government buildings including City Hall, the New York City Police Department, and county and federal courthouses. At the New Year’s Eve event, it’s not unusual to see brass marching bands or hear music pumping from mobile sound systems. People sip hot chocolate from giant thermoses and wave noisemakers with the hope of sending sound waves through the security glass in the windows above.

“Prisoners have related back to us what it’s like when they’re inside, and you hear this cacophony outside. From our perspective, you can see silhouettes in the windows and lights flickering on and off, and in certain instances, playing cards that have been able to be slid through openings in tiny windows just to show that they’re communicating back,” Andrew said. “It’s a primitive communication, but it’s also very powerful.”

More than 700 inmates are housed at the New York City Metropolitan Correctional Center—one of two federal prisons in the city, not counting a residential reentry center in Brooklyn—and another roughly 63,634 people are in custody at 54 state-run facilities throughout New York,  according to the Department of Corrections’ website. Across the country, one in 110 adults is incarcerated, marking the highest rate of imprisonment in U.S. history and a 408 percent increase in the prison population since 1978, according to the American Civil Liberties Union.

The staggering statistics spurred President Barack Obama—who last summer became the first sitting president to visit a federal prison—to use the term “mass incarceration” in a July speech that called for sweeping reforms in a criminal justice system thatdisproportionately jails people of color. In an effort to diminish overcrowding, particularly among nonviolent drug offenders, in October Obama announced plans for the early release of 6,000 inmates convicted of nonviolent crimes, the nation’s largest one-time release of prisoners.

For the millions of people behind bars around the world, New Year’s Eve can be a particularly glum time of year to spend alone. Grassroots groups see their events as a small but meaningful way to lighten the mood, if only for a few hours. Facebook listings show events planned this year in front of jails and prisons in Minneapolis, Phoenix, Arizona, Durham, North Carolina, Seattle, Montreal, and London, among other cities.

“It’s something that can be replicated virtually anywhere where there’s a prison and it can take as few as you and a couple of friends,” said Andrew. “It’s easy, it’s worth doing, and it’s a great way to start off your New Year’s Eve. You go into it doing something really positive.”