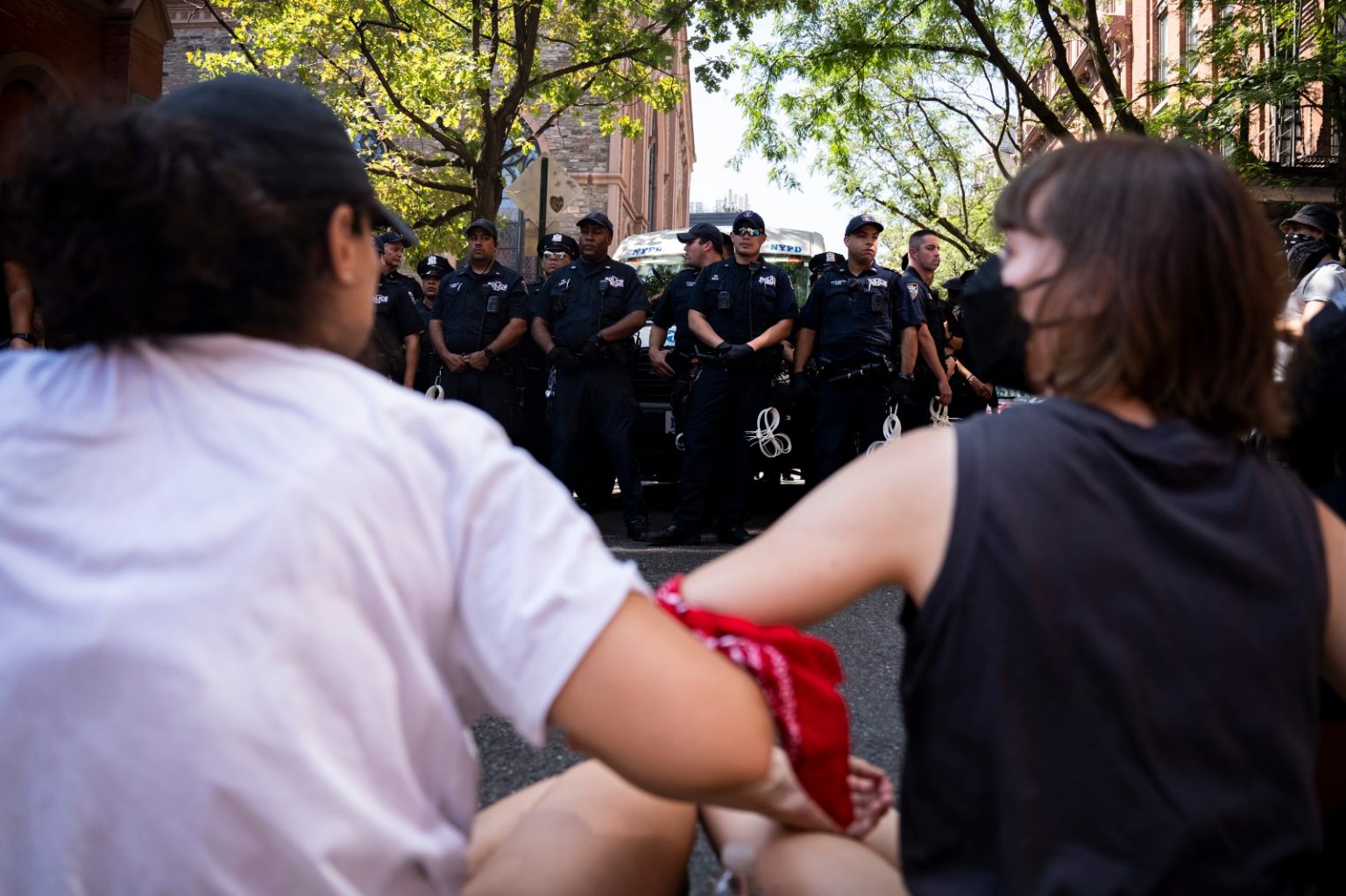 New York City, New York – On every first Saturday of every month, anti-abortion protesters gather to harass patients at the SoHo Planned Parenthood in the heart of New York City, supposedly a “safe city” for abortion rights. In response, local activist group NYC for Abortion Rights organizes a monthly clinic defense and counter-protest.

The  NYPD always go out of their way to protect the anti-choice crowd, enabling them to harass patients trying to enter the clinic, as well as physically assault abortion rights activists. In that regard, today was no different.

But today, the end of the morning, five clinic defenders were in handcuffs. The anti-choice mob usually leads a procession from the Basilica of Old St Patrick’s Cathedral to the nearby Planned Parenthood, but today they chose to forgo the procession. This is likely because the main organizer, Christopher Moscinski — a Catholic priest also known as Fidelis — is currently in jail for attempting to invade a different Planned Parenthood clinic.

Starting at 8 am, over 100 pro-abortion counter-protesters picketed the entrances to the church, and blocked the religious fanatics’ line of sight with umbrellas and their own bodies.

Protestors were attacked by right-wing fanatics who pushed several activists to the ground as the police watched and protected them.

Toward the end of the action, a photographer was grabbed by the neck and violently arrested . Protesters surrounded an NYPD van, demanding his release. Four more people standing in front of the NYPD van were also violently arrested and thrown to the ground by police. “You are hurting me!” cried one of the protesters who had been pushed to the ground.

Protestors blocked the street to prevent the NYPD van from leaving, sitting in a row on the ground as the van tried to back away. Dozens of police showed up on foot and on motorcycles. After a prolonged standoff, the cops were able to evade the protesters and speed away with five activists in the van.

While Mayor Eric Adams attempts to cut the public education budget, he hasn’t hesitated to lavish more money on the cops. This is where our tax dollars are going: to fund the mobs of police whose mission is to repress those fighting for their rights and the rights of their comrades. They protect and enable the right-wing fanatics who harass those seeking medical care — even in a so-called “safe city” for abortion — while abortion rights are under attack nationwide.

Clearly, the police do not keep us safe; they are a core part of the violence leveled against us as we fight for our rights. We must demand the release all the detainees immediately without charges. Jail support is happening at the Midtown North police precinct, 306 W 54th St. Contact NYC for Abortion Rights for more information, and go support the comrades who are still being detained if you are able.

Join the next clinic defense on the first Saturday of September and fight for free, safe and legal abortion on demand.