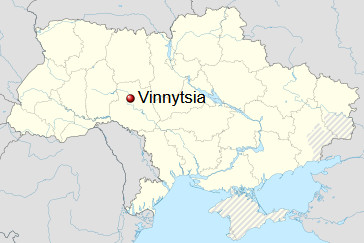 Just last week the New York Times reported of a Russian strike ‘on civilians’ in Chasiv Yar even as its own reporter at the location acknowledged in a detailed separate report that the apartment complex that was hit was mostly housing military forces.

Yesterday a Russian missile strike hit the town of Vinnytsia in western Ukraine.

The New York Times is again lamenting about a damage to civilian buildings even as the main target was obviously a military one.

VINNYTSIA, Ukraine — A volley of missiles hit a shopping center, a dance studio and a wedding hall in central Ukraine on Thursday, killing at least 23 people and setting off a frantic search for dozens more missing in the rubble, in the latest strike to hit civilian targets far from the front line.

Seventy-one people, including three children, were hospitalized after three missiles hit the center of Vinnytsia, a typically sleepy provincial capital, leaving behind a harrowing scene of smoking ruins.

The attack used cruise missiles fired by a Russian submarine in the Black Sea, President Volodymyr Zelensky’s office said. It said three children were among those killed in the strike on Vinnytsia, about 240 miles inland from the coast.

“Every day, Russia destroys the civilian population, kills Ukrainian children, directs rockets at civilian objects,” Mr. Zelensky said. “What is this, if not an open act of terrorism?”

The Times leads its write up with this picture. 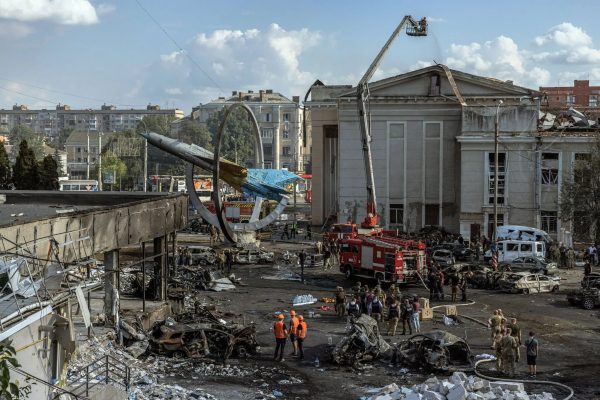 There is a distinctive monument in the picture of a fighter jet flying through some ring and a neoclassic building behind it.

Here is a satellite picture of the area. 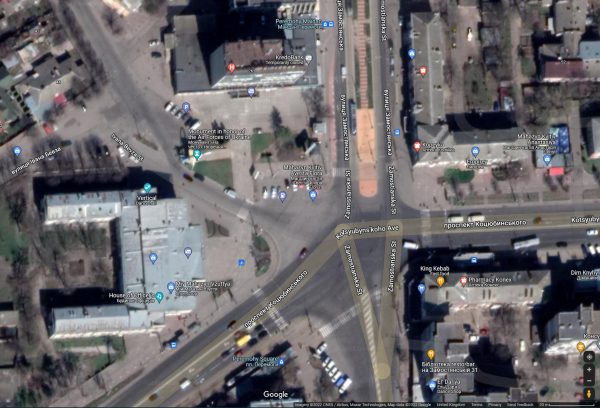 The NYT even mentions the ‘House of Officers’ but only describes it as a ‘potential target’ and only in the sixth paragraph:

The missiles hit a military officers’ club, a potential target, though one in a densely built-up central neighborhood of the city.

However video taken shortly after the strike shows that The ‘House of Officers’ was completely destroyed and thereby obviously the main target of the attack. 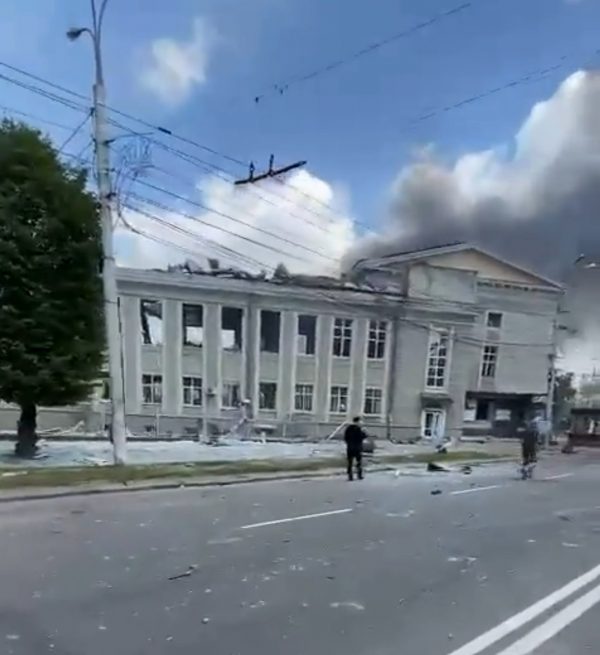 The video the above picture is clipped from was taken from a car driving on the bottom left road visible in the satellite picture towards the center of it.

While the House of Officers external walls are still standing the roof is gone and one can see through the building.

Here is another picture of it. 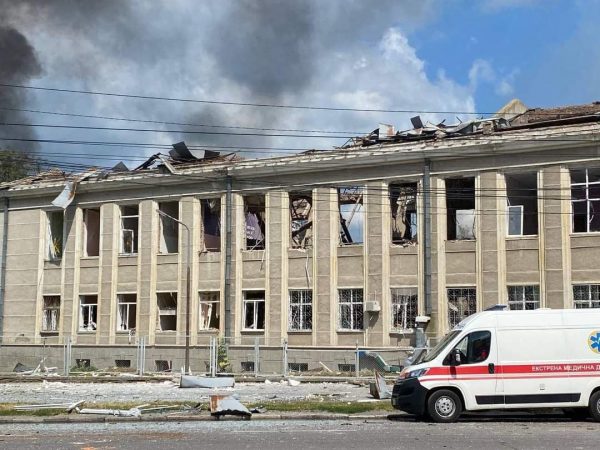 A civilian high rise building that the NYT also pictured is visible on the top of the satellite image labeled ‘Kredo Bank’. 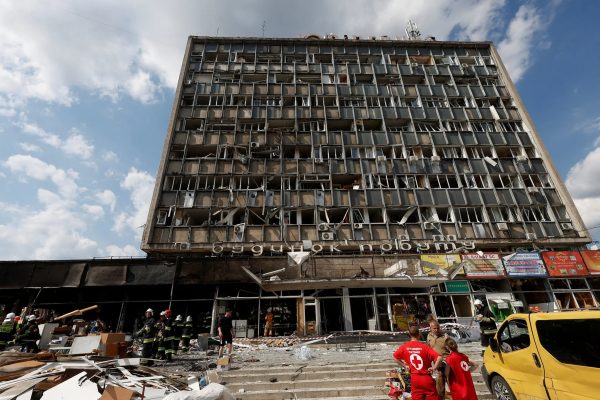 The building shows no damage from a direct hit by a missile. It had its windows blown out by the shockwave of the explosion at the nearby House of Officers and it is blackened from a fire that had been burning in its lower left part. Here is a video with an overview of the plaza showing the damaged House of Officers and the fire with very dark smoke at the high rise north of it. Here is another one showing the fire. It was reported that 50 cars on a parking lot had also burned there. The shopping center, a dance studio and wedding hall that the NYT laments in its opening paragraph were likely all in the 1st floor of the high rise building. They were not targeted.

Air defense weapons were also fired. They might have caused additional damage:

Ukraine’s national police said three missiles hit an office building and damaged nearby residential buildings in Vinnytsia, which is about 167 miles southwest of the capital, Kyiv.

The missile strike ignited a fire that expanded to engulf 50 cars in an adjacent parking lot. The governor of the Vinnytsia region, Serhiy Borzov, said Ukrainian air defense systems shot down another four missiles over the area.

The ‘office building’ that the Ukraine’s national police claims was hit was in fact the ‘House of Officers’ owned by the Ukrainian military.

There were also an unusual number of people in military clothing helping with the casualties.

The Times continues to play a shell game when it claims hits ‘on civilians’ even as the targets are clearly military ones:

The strike came amid other recent attacks on populated civilian areas.

More deadly attacks are happening every day at the front line where Russia artillery takes out any larger grouping of Ukraine’s military.

As for the dead in Chasiv Yar here is again what the Times Carlotta Gall reported from that location:

[A resident of Chasiv Yar village, Oleksandr, 31,] said that about 10 civilians, mostly women on pensions, were living in the building at the time of the strike, but that members of the military had come to lodge there two days earlier.

A Russian strike hit the apartment building. Only 10 civilians were living there, but at least 48 people have died in the strike. 38 of the dead must thus have been ‘members of the military’ who were lodging there. That they did so made the apartment complex a legitimate military target.

Now let’s see what the Russian military claims to have hit in Vinnytsia:

On July 13, Kalibr high-precision sea-based missiles were launched at the House of Officers of the garrison in Vinnitsa.

The facility hosted a conference of the Ukrainian Armed Force command with representatives of foreign armament suppliers aimed at discussing the issues on sending another batch of aircraft, destruction means, as well as on organising the reparation of Ukrainian aircraft.

The attack has resulted in the elimination of the conference participants.

On July 14, shortly after news of the strike in Vinnytsia had come out, the U.S. Embassy in Ukraine issued a new Security Alert – Missile Threat Awareness for U.S. citizens:

Avoid large gatherings and organized events as they may serve as Russian military targets anywhere in Ukraine, including its western regions.

Well, what gave them the idea to say that?