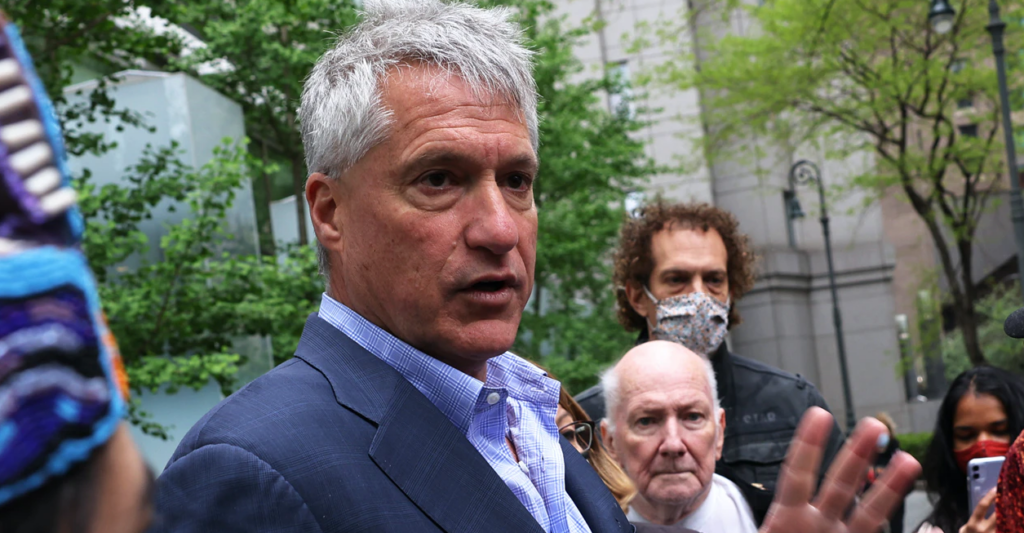 Steven R. Donziger—the human rights attorney who in 2011 won a $9.5 billion legal victory in Ecuador over the Chevron Corporation for the dumping of roughly 16 billion gallons of toxic waste in the Ecuadorian Amazon—has been under house arrest for 696 days (as of July 2) (FAIR.org, 9/11/20).

This unprecedented legal situation is happening in New York City, the hometown of the New York Times—but the paper of record has yet to report on Donziger’s arrest.

Manhattan Federal District Court Judge Lewis A. Kaplan brought a misdemeanor contempt of court charge against Donziger in August 2019, for which he could serve a maximum of 180 days in prison (Intercept, 5/17/21). Kaplan issued the charge after Donziger refused to turn over his computer, cell phone and passwords to Chevron, choosing instead to appeal Kaplan’s order on constitutional grounds.

In 1993, Donziger tried to get an ecocide case on behalf of Ecuadorian villagers heard by a US jury, but in 2002, Chevron convinced US courts to send the case to Ecuador, where the energy corporation had no seizable assets. Chevron then pressured US courts to get protection from the rulings being made against them in Ecuador.

Shortly thereafter, “Chevron ran back to US courts to attack Donziger” (Canary, 7/17/19), where Kaplan denied Donziger a jury trial and subsequently ruled in 2014 that the human rights attorney had defeated Chevron in Ecuador through “corrupt means.” Afterwards, when the Department of Justice (DoJ) under the Trump administration refused to prosecute Donizger, Kaplan made the extremely unusual decision to hire a private law firm to prosecute the case. (For a complete timeline of events related to Chevron v. Donziger, visit FreeDonziger.org.)

The Times has not covered Chevron’s bizarre conflict with Donziger since 2014. Why has the paper kept silent for seven years?

Donziger pointed out on Twitter (3/17/21) that billionaire “Robert Denham sits on the boards of both Chevron and the NYT.” Later, noting that his apartment is just a 30-minute walk from the Times‘ offices, Donziger (Twitter, 6/24/21) added that the paper’s “main outside lawyer on press issues, Ted Boutrous Jr., also works for Chevron.”

Boutrous of Gibson, Dunn & Crutcher was one of the lead lawyers representing Chevron in the Chevron v. Donziger proceedings. Regardless of whether the paper’s lawyer has had any influence over its Chevron reporting, the fact that the paper has retained the corporate lawyer to handle its freedom of the press issues reflects its priorities as a news organization.

‘An Extraordinary Campaign Against Him’

Democracy Now! (3/15/21) reported that Chevron “ended Donziger’s legal career” with its judicial onslaught against him, which involved “dozens of law firms.” Scores of environmentalists, activists and lawyers have called for an end to this ongoing persecution.

Investigative reporter Sharon Lerner (Intercept, 1/29/21) described the legal assault on Donziger as “one of the most bitter and drawn-out cases in the history of environmental law,” adding that Chevron hired

private investigators to track Donziger, created a publication to smear him, and put together a legal team of hundreds of lawyers from 60 firms, who have successfully pursued an extraordinary campaign against him.

To choose a judge to preside over Donziger’s prosecution, Lerner reported, Kaplan “bypassed the standard random assignment process and handpicked someone he knew well, US District Judge Loretta Preska, to oversee the case being prosecuted by the firm he chose” (Intercept, 1/29/20). The Frente de Defensa de la Amazonia (FDA)—a grassroots organization in Ecuador’s northern Amazon region that has sought to hold Chevron accountable—pointed out in a blog post (12/31/20) that Preska is affiliated with the Federalist Society—“a pro-corporate society of lawyers and judges to which Chevron is a major donor.” The FDA (4/7/21) later complained that Preska “denied all Zoom access” to Donziger’s trial, which would proceed with “a biased judge, no jury and a private Chevron prosecutor.”

Dependent On A Fabricator

The legal foundation for everything Donziger is going through today is Kaplan’s 2014 ruling that Donziger beat Chevron in Ecuador through corrupt means. But that judgment rests very heavily on the testimony of a defrocked Ecuadorian judge, Alberto Guerra, who was handsomely rewarded by Chevron for his testimony that he now says was fabricated. Guerra’s name appears an average of about once per page in Kaplan’s 500-page ruling.

In total, the Times has published three news articles—two in 2013 (11/13/13, 11/19/13) and one in 2014 (3/4/14)—about the Donziger case. Each of them had the byline of Clifford Krauss, the Times‘ “national energy business correspondent” based in Houston. The Times’ reporting was largely anchored in Guerra’s testimony, whose claims to have been bribed by Donziger–later revealed to be lies–constituted the thrust of Kaplan’s judgment.

“[Chevron v. Donziger] largely hung on Chevron’s star witness, Alberto Guerra, a former Ecuadorian judge who has admitted to receiving substantial amounts of money and other benefits to cooperate with Chevron,” Vice (10/26/15) reported, adding that Guerra confessed that

large parts of his sworn testimony, used by Kaplan in the RICO case to block enforcement of the ruling against Chevron, were exaggerated and, in other cases, simply not true.

The last story that the Times published on the subject was an opinion piece by business columnist Joe Nocera, who explored the “darker narrative about Donziger” (9/22/14)—a narrative that Bloomberg business writer Paul Barrett laid out in his book Law of the Jungle. Like Barrett, Nocera depicted Donziger as a “rogue lawyer willing to do virtually anything to win.”

In his lifetime of litigation against big oil, Donziger has fought to hold corporations accountable for placing their own profits over the well-being of Indigenous Ecuadorians living in the Ecuadorian Amazon. As writer Joe Emersberger (FAIR.org, 9/11/20) put it, bullies like Chevron

are usually served by US judges, lawyers and corporate journalists. That’s the path a Harvard Law graduate like Donziger could easily have taken. He is being brutally punished for not taking it.

Donziger’s persecution by Chevron is happening in the Times’ own backyard, but the paper has ignored this high-profile case for at least seven years. As the human rights attorney said in an interview with BreakThrough News (6/5/21):

No matter what you think of me or Judge Kaplan, isn’t it newsworthy that an American lawyer is under house arrest for two years on a misdemeanor? It’s just a newsworthy story!