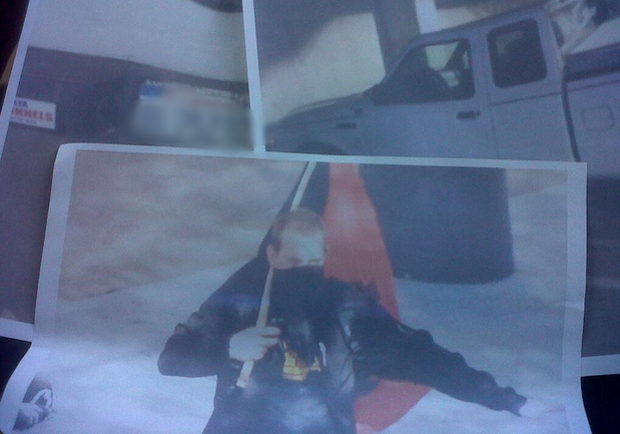 Oakland Police Give Surveillance Footage of Protest to Activst’s Employer, Gets Him Fired

According to an activist in Oakland, California, police officers produced surveillance footage of his participation in a political demonstration last week to his employers, prompting his firing. The activist, who goes by @Anon4Justice on Twitter, tweeted the following this morning:

It appears as if the police used surveillance camera footage paired with records in private and public databases to identify the activist and find out where he works. The police then allegedly called his employer and notified them that, while the activist said he had been sick, he was really out at a protest confronting the police. He was subsequently fired.

The protest the activist attended was a rally in opposition to Oakland’s hosting of regional, DHS-funded ‘Urban Shield’ exercises. These are paramilitary style disaster response trainings that occur nationwide thanks to funding from the Federal Emergency Management Agency. Thousands of law enforcement officials participated in Oakland’s Urban Shield operation this year.

The Domain Awareness Center, police militarization and the war on dissent

The city’s use of publicly funded surveillance cameras and police officers to harass and intimidate a political activist comes at a time when surveillance in Oakland is under heightened national scrutiny.

The city received $7 million from the Department of Homeland Security for port security programs, but plans to spend the funds building a massive surveillance operation it calls a “Domain Awareness Center”. The New York Times profiled the center in October 2013, describing the controversy surrounding the gargantuan surveillance dragnet:

Proponents of the Oakland initiative…say it will help the police reduce the city’s notoriously high crime rates. But critics say the program, which will create a central repository of surveillance information, will also gather data about the everyday movements and habits of law-abiding residents, raising legal and ethical questions about tracking people so closely.

Libby Schaaf, an Oakland City Council member, said that because of the city’s high crime rate, “it’s our responsibility to take advantage of new tools that become available.” She added, though, that the center would be able to “paint a pretty detailed picture of someone’s personal life, someone who may be innocent.”

Even before the initiative, Oakland spent millions of dollars on traffic cameras, license plate readers and a network of sound sensors to pick up gunshots. Still, the city has one of the highest violent crime rates in the country. And an internal audit in August 2012 found that the police had spent $1.87 million on technology tools that did not work properly or remained unused because their vendors had gone out of business.

The new center will be far more ambitious. From a central location, it will electronically gather data around the clock from a variety of sensors and databases, analyze that data and display some of the information on a bank of giant monitors.

Critics of these enormous, wasteful expenditures wondered aloud to the Times about what would happen with the “comprehensive information about Oakland residents who have engaged in no wrongdoing” that the DAC plans to stockpile.

If today’s events are any indication, Oakland residents can expect the police to use the vast troves of information the city collects against them to hurt them even when they have broken no law. This kind of government action sends a chilling message to all Oakland residents: If you protest the police, they will use the powerful surveillance tools at their disposal to come after you and interfere with your life — regardless of whether or not you’ve done anything wrong.

Was the compilation of photographs of @Anon4Justice part of the Urban Shield exercise the activist was protesting? Is it OPD policy to use photographs of people exercising their First Amendment rights to get them in trouble with their employers? Is this kind of McCarthyite political repression how Oakland residents — or the rest of the country — want their tax dollars spent?