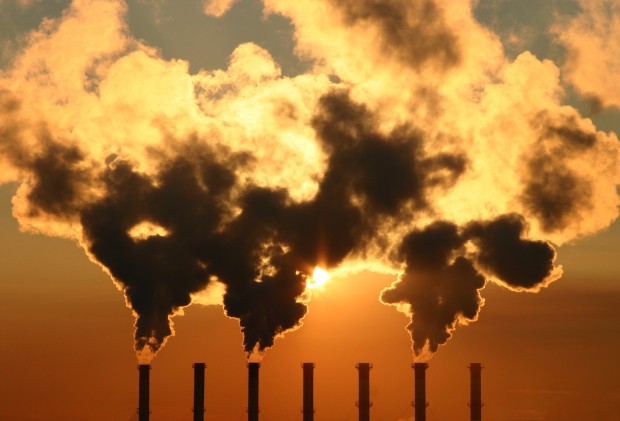 One of highest hopes that environmentally-minded Americans had for President Obama when he first entered office was that he would finally put an end to the secrecy that marred the former Bush administration when it came to environmental policy.

The image of then-Vice President Dick Cheney meeting in secret with dirty energy industry leaders was still fresh in our heads as we went to the polls in 2008, and we were all but certain that the country chose a leader that would leave those dark days in the past.

Sadly, those hopes for a policy change were dashed before the end of Obama’s first year.  He talked a big game on the campaign trail, but when it came to acting on those promises, that rhetoric proved to be just as hollow as his predecessor’s.

Obama doubled down on coal, oil, and fracking, while allowing renewable energy investments to fall.  But the most disturbing part of the story is that Obama and his officials have been working in secret to weaken environmental standards that his administration has been patting themselves on the back for in public.

Recently, a federal judge expanded a Freedom of Information Act lawsuit that was filed against the Small Business Administration (SBA), which claims that officials within the White House Office of Management and Budget (OMB) has been working to weaken the Environmental Protection Agency’s (EPA) power plant pollution standards.  The administration has been dragging its feet in providing the information requested, even after the court ruling, which has led environmental groups to file a complaint against the White House.

At issue is the EPA’s failure to update standards for existing power plants as required by the Clean Air Act — a move that the U.S. Supreme Court had previously said was required of the agency.  The current rules have not been updated since 1982, and environmental groups say that the lack of updating is due to influence from the White House itself.

EarthJustice, one of the groups leading the charge, issued the following statement in regards to the complaint:

“The Obama administration worked behind the scenes to weaken the EPA’s proposal, and now they are trying to cover their tracks…The public has a right to know about the political pressure that forced the EPA to rewrite its proposal to allow for much dirtier waterways and put our health at risk.”

The Environmental Integrity Project (EIP) issued a statement, as well:

“EPA sent over a strong rule to the White House that would get arsenic and other toxics out of our water using affordable treatment technologies. But the White House over-ruled EPA scientists and re-wrote the rule to include options that would give coal plants a free pass to continue using our waterways as their own private waste dumps. Now the White House is refusing to comply with FOIA and release information related to their review of EPA’s rule or justify why it should be withheld from the public.”

The Sierra Club joined EIP and EarthJustice in December in a lawsuit seeking a response from the administration in regards to their Freedom of Information Act request seeking information on the SBA’s role in weakening the EPA’s proposed power plant rules.  In January, the White House rejected the request, which prompted the current lawsuit.

The move by the administration to ignore the FOIA request is just the latest in a long line of environmental information obstruction.  And the OMB has been at the forefront of that obstruction for years.

As early as 2010, just one year after Obama was sworn in, the OMB proposed a change to the formula by which the EPA created new rules for automobile pollution and other global warming-related pollution rules.

ThinkProgress described the new formula as the equivalent of the OMB “putting a thumb on the scales” in favor of the dirty energy industry, allowing their projected costs of compliance to carry more weight that the anticipated health and environmental benefits.

Also in 2010, the EPA was about to put a rule in place that would have required air quality monitoring stations for power plants in areas with a population greater than 350,000 people.  According to ThinkProgress, emails showed that the OMB once again stepped in and made the EPA change their rule so that it only applied to populations greater than half a million, exempting many large metropolitan areas.

Ironically, many industry leaders like Dow Chemical didn’t have a problem with the original 350,000 population threshold, and considered the original proposal to be “quite reasonable.”

In 2012, the OMB interfered in the EPA’s proposed particulate rules, where the latter agency was attempted to lower the allowable amount of particulates in soot down to 12 micrograms per cubic meter.  According to documents obtained by the Washington Post, the OMB forced the EPA to increase the limit from the proposed 12 to 13.

Mother Jones has pointed out that, under President Obama, the OMB is the office where environmental standards go to die.  Among the rules they list as either “dying” or “stalled” within the OMB are rules on industrial boilers, ozone pollution rules, toxic chemical rules, and coal ash standards.

President Obama’s bold statements on climate change and his commitment to the environment have been severely undermined by his administration’s willingness to weaken environmental protections behind closed doors.

While we may not be getting environmental policy written by the dirty energy industry as we did with the Bush Administration, the results are still too similar — the public interest is not being served, while polluters continue to enjoy undue influence and secrecy.