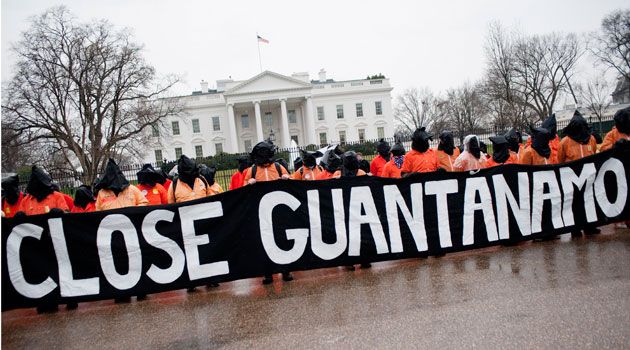 President Obama appointed a nominee to the US Supreme Court who should be disqualified because he ruled against highly abused prisoners at Guantanamo Bay having any legal rights. He is Judge Merrick Garland, the chief judge of the DC Circuit Court of Appeals. Because of the nomination battle in the US Senate, many “progressive” groups that are closely allied with the Democratic Party are very likely to get behind this nominee. However, that will mean that are supporting a judge who found Guantanamo prisoners had no legal rights – a decision later overturned by the US Supreme Court. In addition he has consistently ruled against defendant rights and in favor of federal agencies whose decisions are challenged in court.

Judge Garland is not what is needed on the US Supreme Court at this key time in US history. The United States is a nation of widespread prison and law enforcement abuses with the largest prison population on the planet. The courts have given more power to the police and prosecutors as the rights of defendants diminish to almost nothing. It is a time of mass expansion of the security state, of which Guantanamo Bay is a part, and which includes widespread police violence against citizens as well as broad spying on Americans through federal agencies and corporations among other actions, we need justices who will challenge corporate power and the power of the security state, not those who will rubber stamp extreme abuses like Guantanamo Bay.

President Obama is positioning this nomination to create an election year issue that shows how extreme the Senate Republicans are, but appointing a judicial nominee like Judge Garland is not worth that election year manipulation.

Judge Merrick Garland Is Not a Nominee Who Progressives Should Support

. . .  multiple outlets are reporting that federal judge Merrick Garland is the president’s [nominee to replace Justice Scalia]. Although Garland has been floated as a possible Supreme Court nominee before in 2010 (when then-Solicitor General Elena Kagan was, ultimately, nominated), relatively little is known about Garland’s views on hot-button social issues, like abortion rights and gay marriage. However, Garland has had to rule on his fair share of controversial topics, and perhaps, Garland’s most famous ruling was on Guantanamo Bay detainees.

While serving on the U.S. Court of Appeals for the District of Columbia Circuit, Garland often ruled in support of George W. Bush’s Guantanamo Bay detainee policies and “showed great deference to President George W. Bush’s indefinite detentions at Guantanamo Bay, Cuba,” the Washington Post noted in 2010. In 2014, Garland was part of three-judge panel that unanimously ruled a “new policy of probing into a prisoner’s groin area and alongside his clothed genitals is a reasonable security measure,” as Josh Gerstein at Politico wrote.

Garland’s most famous decision, though, in regards to Guantanamo Bay policies may be the 2003 ruling in Al Odah v. United States. In that case, Garland joined the majority opinion that Guantanamo Bay detainees were not entitled to habeas corpus, which effectively blocked them “from seeking relief in civilian courts,” as Ian Millhiser at ThinkProgress noted. That ruling was overturned the next year by the Supreme Court in Rasul v. Bush, which said the detainees were entitled to challenge their detention.

Lest one think that Garland was decidedly in the tank for Bush, some legal scholars have noted that Garland’s decision in 2003 may have been more out of a desire to follow court precedence than necessarily voice his agreement with the Guantanamo Bay policies. As Tom Goldstein at SCOTUS Blog wrote of the ruling, “it is difficult to criticize Judge Garland or infer too much from his vote in the case: there is a significant argument that the panel’s opinion was compelled by then-extant Supreme Court precedent.”