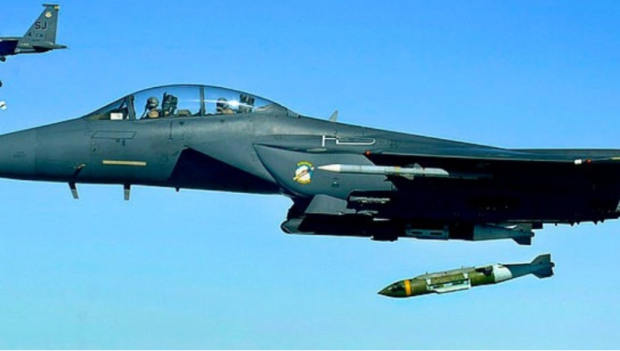 Obama Sold More Weapons Than Any President Since WW II

President Barack Obama, who won the Nobel Peace Prize in 2009, will leave office in a few weeks with the dubious honor of having sold more weapons than any other American president since World War II. And experts say President-Elect Donald Trump will most likely sell even more.

Most of the arms deals totaling over $200 billion in the period from 2008 to 2015 have ended up in the Middle East, according to a Congressional Research Service report published in December. The report, produced by the non-partisan government agency attached to the Library of Congress, breaks down the weapons sold which included surface-to-air missiles, tanks, and supersonic combat aircraft.

Focusing on arms deals to developing nations, the extensive report found that Saudi Arabia was the top arms importer with deals worth around $94 billion from 2008-2015. Under Obama the overall sales, pending delivery of equipment and specialised training for troops, to Saudi Arabia alone has ballooned to $115 billion.

Saudi Arabia is spearheading a coalition of Arab nations in a bombing campaign closing in on two years against the insurgent Houthi militias in Yemen, who took over the capital Sanaa in September 2014. The United States has sent special operations forces to assist the Arab coalition in a grinding war that has seen over 10000 killed,2.2 million displaced and nearly half a million children on the brink of famine from the ensuing crisis.

Earlier this month, the United States decided to halt future sales of precision-guided munitions, which are supposed to hit specific targets and minimize collateral damage, to the Gulf kingdom citing civilian deaths in Yemen. But experts are skeptical this will deter Saudi Arabia from continuing to fuel its regional proxy wars.

“Frankly it was a really minor and temporary punishment. I don’t view it as a major consequence and it is more symbolic than anything,” said Cole Bockenfeld, deputy director of policy at Project on Middle East Democracy.

He pointed to the US partially suspending military aid to Egypt after the military overthrew the unpopular government in July 2013 as another example of the lack of political will of the Obama administration to rock relations with its allies. The Congressional report, Conventional Arms Transfers to Developing Nations 2008-2015, noted that Egypt was the biggest recipient of arms deliveries last year worth $5.3 billion.

“Increasing arms sales has become a standardized component of diplomacy at all levels of government.”

Although the highly lucrative global market for arms dipped to around $80 billion in 2015 compared to $89 billion in 2014, the US still ranked first in weapons sales with $40 billion in inked deals.

“What’s changed during the Obama administration is that increasing arms sales has become a standardized component of diplomacy at all levels of government, not just in the defense department,” Bockenfeld told Motherboard. “For US diplomats to become the salesmen, that has been a new element which really increased exports.”

Russia remains the United States’ closest competitor with around 20 percent share of the market. Its most important client is India, which was the second largest arms importer behind Saudi Arabia at $34 billion over a period of seven years, as well as Latin American countries such as Venezuela.

Under Putin, Russia has ramped up its military footprint in the Middle East by supporting Bashar Al Assad’s regime in Syria, driving the Qatari and Saudi-backed rebels out of Aleppo earlier this month with multiple civilian casualties. It has been accused of using incendiary weapons such as TOS1A and BETAB-500 that burn their victims and have flattened whole areas of eastern Aleppo.

As the proxy wars between Saudi Arabia and Iran involving Syria and Yemen continue to devastate the region, there is hardly any sign of demilitarization. Qatar alone signed deals for more than $17 billion last year and has vowed to continue supporting the battered rebels, even if president elect Donald Trump pulls back military support for them.

Trump recently lambasted defense firm Lockheed Martin for their $400 billion F-35 fighter jet program with the Pentagon as ‘out of control’ spending on Twitter, but Bockenfeld sees no major change in policy from the outgoing Obama administration.

“I do expect US arms exports to increase under Trump,” he said. “I don’t see the use of arms sales as leverage as very likely in the next administration.”