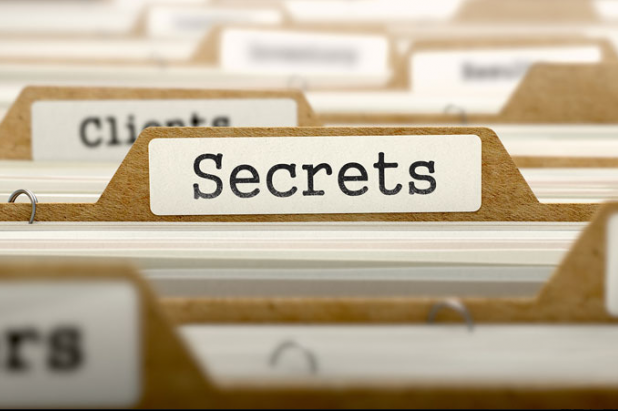 On December 28, 2015 the British newspaper The Guardian published an op-ed by Turkish journalist Can Dündar. Dündar has become a rallying cry for the global movement for press freedoms as he faces two life sentences for treason and espionage. His crime? The newspaper Dündar is editor-in-chief-of, Cumhuriyet Daily, obtained video evidence that he claims confirms what has long been suspected: that Turkish intelligence services are illegally carrying weapons into war-torn Syria.

The condemnation of the Turkish state for criminalizing journalism as “espionage” and “treason” drew widespread criticisms from international human rights groups, global press freedom watchdogs, and foreign governments. Yet, Dündar’s Guardian op-ed contains a most telling tidbit about the Turkish state’s justification of its actions, as well as how the response it garnered—

Following criticism of the arrests from domestic and international press and human rights organizations, the minister of justice declared that “every country is sensitive on security” and cited Julian Assange and Edward Snowden as examples. The US ambassador to Turkey responded: “We chased after those that leaked the information, not those that published it.

Of course, Julian Assange, the editor-in-chief of the non-profit media organization Wikileaks, published, not leaked information. Even discounting this obvious error the statement is far more revealing than the U.S. government would like us to know. Since coming to power, Barack Obama has waged an unprecedented war on whistleblowers. While laws exist to criminalize the unauthorized release of classified information or revelations about the identities of intelligence professional tools, Obama’s weapon of choice has been the Espionage Act.

The Espionage Act, which was passed in 1917, has a long and sordid history. Shortly after it became law, Congress passed a series of amendments known as the “Sedition Act,” which more or less made it a crime to oppose World War I or dissent in general. The amended act was mobilized in the infamous prosecutions of Eugene Debs, Emma Goldman, and in the mass trial of over 100 members of the radical labor union the Industrial Workers of the World. While the “Sedition Act” portion was repealed in 1921, Espionage Act prosecutions of supposed Soviet spies during the Second Red Scare were often criticized as being politically motivated, relying on systems that violated due process rights, and as having the wider intent to chill speech by conflating dissent with espionage. However, that conflation rested on allegations of individual’s spying, not just a transparent attempt to squash dissent as seen during World War I or during the Obama Administration.

In spite of its controversial history, it is fairly commonly agreed upon that the Espionage Act was never drafted with whistleblowers in mind. It wasn’t until Daniel Ellsberg and Anthony Russo made public the Pentagon Papers, a secret history of the Vietnam War that revealed how the U.S. government had misled the people, that the act was used against government employees who leaked information to the media. In the post-Pentagon Papers, pre-Obama era only one other government employee had been charged under the act for giving classified information to the media.

This changed with the Obama Administration. To date, under Obama, eight government employees have been charged with giving classified information to the media. No journalist has ever been indicted under the Espionage Act, in spite of what some members of Congress and rightwing pundits want. In this sense, the actions of the Turkish state at first glance would appear different from Obama’s War on Whistleblowers.

However, both Erdogan’s attempt to criminalize the free press and Obama’s robust persecution of whistleblowers rely on the same perverse logic. There are multiple statutes in the United States that penalize leaking classified information. Even if you lacked any sympathy for the whistleblowers in question and believe they broke the law, it is absurd to argue they committed espionage. Perhaps the Obama Administration is merely being opportunistic and exploiting an overly broad and vague statue, but when you elect to prosecute those who leak information to the media under a statute meant to criminalize those who sabotage the U.S. or assist foreign powers at the expense of U.S. national security, as opposed to laws meant to criminalize the unauthorized leaking of classified information, you send a clear message. That message is that the free press is a threat to national security, and that giving information about government wrongdoing to a newspaper is no different than giving classified information to an enemy foreign power.

This mentality reached an extraordinarily dangerous and authoritarian height during the court martial of whistleblower Chelsea Manning. Manning exposed a tremendous amount of government criminality and misconduct, including U.S. crimes in Iraq, the U.S.’s secret bombing of Yemen, and efforts by the U.S. embassy in Haiti – acting in direct coordination with a private U.S. company – to try to prevent the impoverished island nation from raising its minimum wage. After three and a half years of pretrial detention, which may have amounted to torture, Manning admitted to giving classified information to Wikileaks and pled guilty to ten charges, including “Unauthorized possession of protected information and willful communication of that protected information to an unauthorized person.”

Yet, in spite of this, the government continued with a court martial against Manning for charges including violations of the Espionage Act and “Aiding the Enemy.” The Aiding the Enemy charge was particularly odious from the point-of-view of a democratic society. Who was the enemy that Manning had aided? Was it Wikileaks? The New York Times? The government made the astonishing claim that since Manning knew al-Qaeda or the Taliban may be reading Wikileaks, she had aided them. Harvard law professor Yochai Benkler referred to this as “the prosecution’s effort to launch the most dangerous assault on investigative journalism and the free press in the area of national security that we have seen in decades.” Manning was found not guilty of aiding the enemy, but guilty of violating the Espionage Act.

Noam Chomsky said of the cables made public by Manning that they showed a “profound hatred of democracy on behalf of our political leadership.” While these comments referred to what the cables revealed, they could just have easily applied to the reaction to their release, as well as the general mindset that fuels the war on whistleblowers. To view leaking information to the U.S. public or media as aiding the enemy is to imply that the U.S. public and the media are the enemy. Such a view is profoundly at odds with democracy. Erdogan’s crackdowns on the press, as well as on dissent more generally, have been criticized as having a deleterious effect on Turkish democracy, with some commentators even going so far as to say his actions represent a step away from democracy.

Given the similarities to Obama’s War on Whistleblowers, isn’t it time we start applying the same standards at home? If we don’t, can we really complain when leaders around the world view our own actions as a green light to crackdown on the press in their own countries?