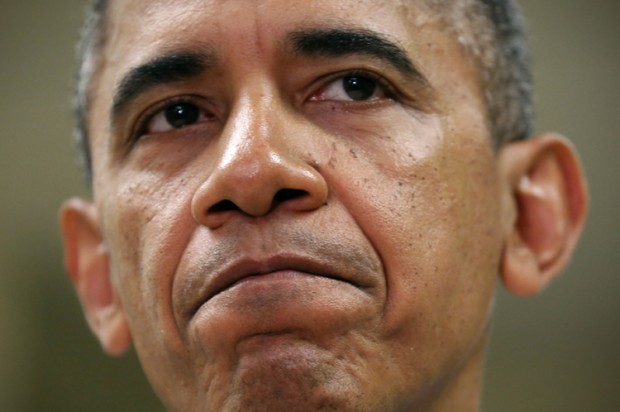 Former President Obama seems to be cashing in or receiving a payoff for his policies as president. He will be receiving a $400,000 payment from a mid-size investment firm, Cantor FItzgerald to speak at a healthcare conference in September. Obama had the chance when his party controlled the House and Senate to actually solve the healthcare crisis by putting in place improved Medicare for all (and don’t fall for the BS that he could not have done it). Instead he put in place the failed Affordable Care Act whose centerpiece was to force people to buy inadequate health insurance. The ACA has failed to control the cost of premiums, co-pays and deductibles while providing shrinking health coverage. It was a gift to the insurance industry, pharmaceutical industry and investors who profit from healthcare.

Cantor Fitzgerald is one of those healthcare profiteers that benefits greatly from the ACA. It has major investments in the insurance industry bragging that they did  $4 billion in business in 2014 in 40 transactions. They say on their website: “The Healthcare sector is a focus for our Investment Banking business and an area the firm has had a long history serving clients in.” said Jeffrey Lumby, Head of Equity Capital Markets and Co-Head of Investment Banking at Cantor Fitzgerald & Co.

The market-based Obamacare paid off well for these investors and now it will pay off well for Obama. While he gets wealthy from giving a speech to people who profited from Obamacare, 29 million go without insurance, tens of thousands die each year because they cannot access healthcare and hundreds of thousands go bankrupt because of health issues, with two-thirds of those having insurance.

This is just the first payment for his work as president and it is from a relatively small investment firm. We will have to watch as the big banks, hedge funders and investment houses make donations to his three Obama Centers (in Hawaii, Chicago and New York City), pay for speeches, hire family members, put him on boards — we expect more pay-offs are coming.

As Zach Carter writes, this payment was in character for Obama:

“This unseemly and unnecessary cash-in fits a pattern of bad behavior involving the financial sector, one that spans Obama’s entire presidency. That governing failure convinced millions of his onetime supporters that the president and his party were not, in fact, playing for their team, and helped pave the way for President Donald Trump. Obama’s Wall Street payday will confirm for many what they have long suspected: that the Democratic Party is managed by out-of-touch elites who do not understand or care about the concerns of ordinary Americans. It’s hard to fault those who come to this conclusion.”

Rather than prosecuting the bankers who crashed the economy through their fraud and bad behavior, rather than breaking up the big banks who corrupt the economy and government, Obama put them in his cabinet and on his economic team. The lack of aggressive actions against corrupt Wall Streeters is astounding. Some of these people pled guilty to committing felonies and were not imprisoned, as Carter points out they engaged in “misconduct ranging from foreclosure fraud to rigging energy markets to tax evasion.” They manipulated interest rates, ripped of municipalities and their customers; and thanks to Obama and Attorney General Holder (who has gone back to representing the finance industry) they got away with it, indeed were rewarded by Obama’s policies.

President Obama had a tremendous opportunity with his party controlling both branches of Congress and winning an easy victory with widespread public support and millions of people ready to work for him to correct so much wrong with the US economy, to get control of Wall Street, to strengthen community banks and credit unions, put in place public banks and create a decent banking sector. He could have remade healthcare so everyone had access to the best healthcare in the world by building on the success of Medicare. He could have ended the student debt crisis — and so much more.

The crashed economy was an opportunity for a ground-up economic stimulus rather than continuing down trickle down economics. But, all of these obvious opportunities were missed. Why? Was he promised big payoffs? Was it corruption? Campaign donations? Or, is Obama just a believer in corporatism and elitism? Does he really believe a market system that has been ripping off workers for decades and destroying the economy, was the right path?

Why do Trump supporters still support Trump — after his failed 100 day record, cabinet of kleptocrats and embarrassing administration? Because there is no alternative in the rigged US democracy. The Democrats have screwed the people under Clinton and Obama. Both former presidents get well paid for their efforts on behalf of Wall Street, not only in campaign donations but in personal wealth. The latest proof, Barack Obama’s $400,000 speech, is just one more example of who the Democrats serve. The financiers made a lot of money under Obama when 95% of economic growth went to the wealthiest. This one speech is perhaps the beginning of many payoffs. We’ll be watching and letting you know.