#OccupyICE Spreads Across The Nation

We have reported on protests outside of ICE in Portland and in New York City, now these protests are becoming known as #OccupyICE and are spreading across the nation.

In Portland where the Occupy ICE protests began, law enforcement moved in to dismantle the Occupy encampment. CNN reports:

“Federal law enforcement officers on Thursday morning began removing some protesters encamped outside a US Immigration and Customs Enforcement field office in Oregon’s largest city, officials said, more than a week after the demonstrations forced the Portland facility to close temporarily.

Officers moved in on the encampment of Occupy ICE PDX demonstrators at about 5:30 a.m. PT, the US attorney’s office in Oregon said. Officials hope to reopen the facility early next week for the first time since June 20, Federal Protective Service spokesman Robert Sperling said.”

DHS getting ready to clear out the #OccupyICE camp this morning! ??? pic.twitter.com/D9cnjE6g8m 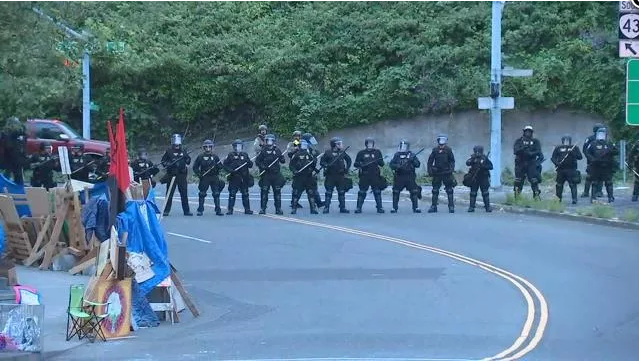 Militarized riot police bear down on the nonviolent Occupy ICE encampment in Portland, OR. From KPTV.

Occupy ICE PDX put out a statement in response to the police action. They emphasized they were nonviolent and police in riot gear coming to remove and arrest them was an over-the-top response. They pointed out that Portland is a sanctuary city that protects immigrants threatened by ICE, Homeland Security and Customs with arrest and deportation.  They wrote:

1. The Portland Police Bureau must withdraw from the Joint Terrorism Task Force (JTTF)

2. The City of Portland must end all cooperation, monetary and otherwise, with the Department of Homeland Security

To the movement that is igniting across the country: be alert but be unafraid. We send our solidarity to camps and prisons everywhere. Elevate, center, and follow the voices of those most affected by ICE terror. The security and safety of these folx are the top priority.

And, remember what we are fighting for: the complete and final abolition of ICE. 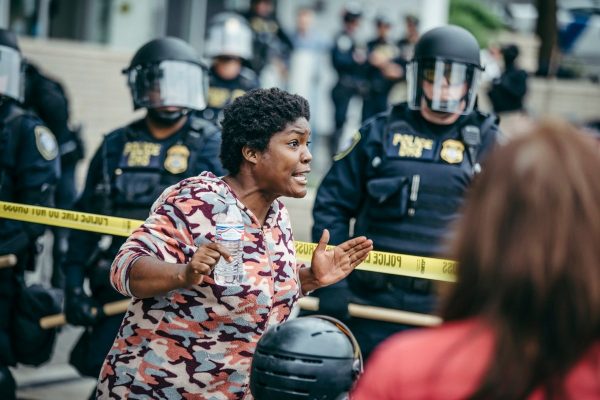 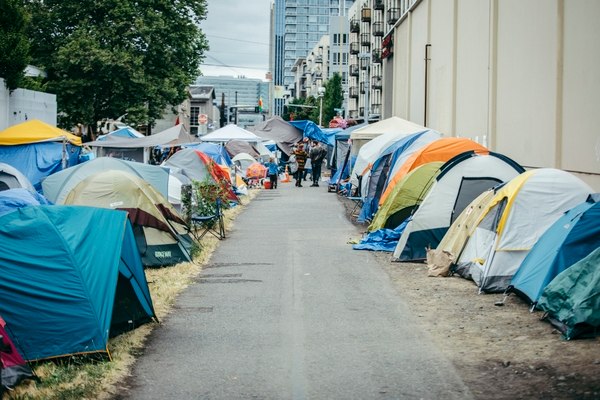 Occupy ICE following a dawn raid in Portland on June 28, 2018. By Sam Gehrke.

On social media, they called for people to come to join them. The police blocked roads making that difficult. They also warned, “Arrest us today, we’ll grow stronger tomorrow!”

Willamette Week reported eight protesters were arrested. The Occupy ICE protesters promised not to leave and to continue the occupation of ICE headquarters. Willamette Week reported, “Shortly after clearing the protest barricades from the entrance and driveway at the ICE building, DHS officials also removed a flag protesters had been flying that read ‘Refugees Welcome.’ They replaced it with an American flag.”

Al Jazeera reported that Occupy ICE has blocked ICE in multiple cities across the country. They wrote,

On Monday, #OccupyICENYC forced the agency to temporarily cancel a series of immigration hearings, with officials citing a need to “ensure the safety of ICE employees, the court, the public and detainees”, according to local media. The facility resumed operations the following day.

#OccupyICENYC is part of nationwide “occupy ICE” movements that have successfully forced ICE facilities in several other US cities to temporarily halt their operations.

In Tacoma, WA, Occupy ICE protesters report: “Tonight, ten of us were arrested during a festive noise demonstration in solidarity with undocumented migrants and for the abolition of ICE and the Northwest Detention Center. We wanted to let those incarcerated inside the NWDC to know that they have support on the outside, that we want them released immediately. Our numbers were small, numbering around 40. A single police car appeared and started harassing one of us, the officer called for backup and suddenly twelve police cars rolled up.” 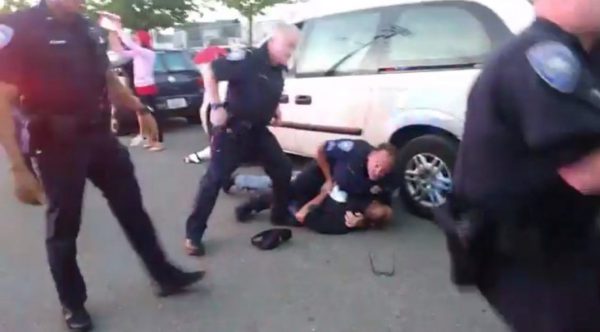 Occupy ICE PDX called for people around the country to rise up to support immigrant rights and challenge ICE.

**OFFICIAL NATIONWIDE CALL FOR ACTION AND OCCUPATION**
We are calling on all of our comrades across the nation to occupy and shutdown your local I.C.E building!#AbolishICE #OccupyICE #OccupyICEPDX #StandWithRefugees #StopSeparatingFamilies pic.twitter.com/jJbqE5oejm

The mood of many protesters over the separation of children from their parents and the incarceration of immigrant families was described well by a protester, Louise, who told Al Jazeera, “We can’t just afford to have symbolic rallies. We actually have to do things to stop ICE operations. It’s just imperative at this point.”

Below are tweets across the country describing the #OccupyICE protests.

As of right now, #occupyICE has reportedly spread to:

BREAKING: Seattle DSA members and Microsoft employees are demonstrating and handing out flyers outside of Microsoft HQ calling on the company to drop it's $19.4 million contract with ICE. #AbolishICE #KeepFamilesTogether #OccupyICE pic.twitter.com/IGbPfxWWxd

“Go to hell Jeff Sessions!” Protesters are blocking the loading dock of ICE HQ in NYC. Protest is growing by the minute. #AbolishICE #OccupyICE pic.twitter.com/x09ZEzFiBM

The Supreme Court upholding Trump's travel ban underscores how foolish it is to look to judges, corporate media, the Democratic Party, or the FBI (!) to stave off tyranny. We have to take DIRECT ACTION to block authoritarians from implementing their agendas. #OccupyICE pic.twitter.com/lCn466poct

#US parents and their children storm an ICE office to protest US government family separation policy and internment camp. #AbolishICE #OccupyICE pic.twitter.com/u9LwmTpJBM

Yesterday, we shut down the ICE office with 40 people. Our camp was dismantled; our spirits were not. Today, our camp was rebuilt and the movement continues. Join us tomorrow! #occupyICE #occupyICEdetroit #byanymeansnecessary #bamn #antifascists #antifa #annarborareaantifa pic.twitter.com/QCQLR3pbbE

Mahatma Gandhi: The true measure of any society can be found in how it treats its most vulnerable.

No cages. No walls. All borders must fall. #AbolishICE #occupyICE pic.twitter.com/KKEYIAnapq

Cops are getting ready to move in, and we're blasting rage against the machine #occupyICE #occupyicesd pic.twitter.com/yUsj8bkjTd

Turnout is gigantic in #SanDiego as patriotic Americans stand up against bigotry at the border: #OccupyICE #FamilesBelongTogether #Indivisible pic.twitter.com/Jn7hbnVLMs

??Call to action?? Join us in a silent protest at CBP headquarters and learn about the local Concentration Camps in the San Diego community. #ExposeCBPsd #KidsInCages#AbolishICE#OccupyCBP#OccupyIce#ConcentrationCampHQ#AbolishCBP pic.twitter.com/nk9p6RAiw1 pic.twitter.com/VzN6lGOUt0

If only for a few minutes, 2 Protesters had the power to stop by police in its tracks. Be these guys.#immigration #OccupyICE #trump #DOJ #politics #TrumpCrimesAgainstHumanity #ICE pic.twitter.com/H5MaFValII