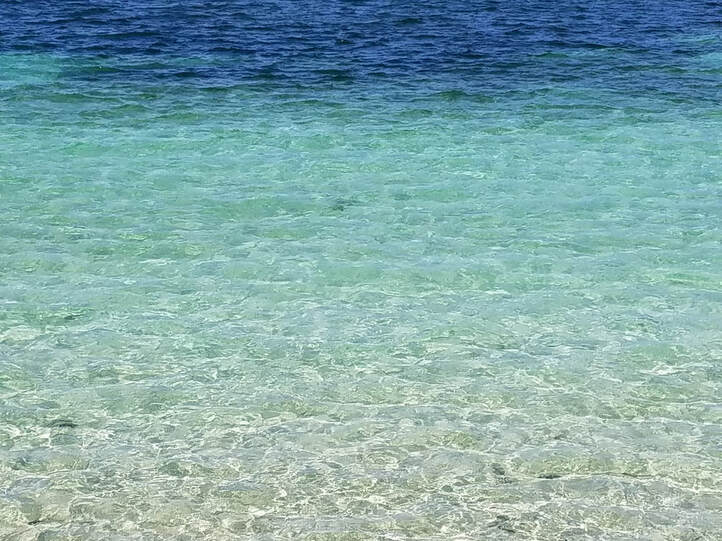 Above Photo: Okinawa is famous for its crystal clear blue water, but it’s being poisoned by the U.S. military. Robert Kajiwara.

Okinawans are outraged over the poisoning of our water by the United States military.

For at least the past five years the Okinawa Prefectural Government has been monitoring the amount of foreign substances in Okinawa’s water. In 2016 Okinawans discovered high levels of toxic chemicals originating from U.S. Kadena Air Base in the drinking water of the densely populated region of central Okinawa, home to some 450,000 people (ANN News). The chemicals are referred to as PFOS, PFAS, and PFOA, and are linked to a plethora of serious health problems, including cancer, reproductive issues, stunted development, immune diseases, cardiovascular problems, and hepatic issues, among others (CDC). They are referred to as “forever chemicals” because they do not breakdown and instead accumulate over time (EPA).

Then on August 26, 2021 the U.S. military intentionally released contaminated water into the sewage system without the knowledge of Okinawan or Japanese government officials, who only learned of the release after it had begun. The U.S. military claimed they had treated the water to “all but eliminate PFAS contamination (Burke and Higa),” reporting that the level of PFOS in the water was under 2.7 nanograms per liter. However, Okinawan government officials revealed the number of PFOS to be at 670 nanograms per liter – far higher than what the U.S. had claimed. Safe levels of foreign substances in water should be kept below 50 nanograms per liter according to Japanese government guidelines (Asahi Shimbun).

Without access to clean water Okinawans are outraged, calling this genocide. Fear has spread across Okinawa, especially among those in the central part of the island where the water has been contaminated, including myself and my family. The U.S. military has a long history, from 1945 to the present, of major human rights violations against Okinawans, including hundreds of instances of rape, murder, aircraft crashes that killed or injured civilians, environmental destruction, pollution, economic devastation, and land theft forcing people to relocate from their homes. However, the deliberate poisoning of Okinawa’s water has brought a new type of stressor, knowing that we can no longer drink our own tap water without risk of major life-threatening health problems. After all, even U.S. government agencies such as the CDC and EPA acknowledge the harm caused by these chemicals.

Given the U.S. military’s history of chronic lying, few Okinawans believe the water is safe to drink. Many of my neighbors, family, and friends have had to resort to buying bottled water, which is a significant burden given Okinawa’s low average income and high poverty rates (Okinawa Prefectural Government). Many parents no longer allow their children to drink tap water. Some people have resorted to drinking boiled water, unaware that the military’s toxins cannot be removed by this method and causes them to become more dangerous.

However, drinking water is not our only concern, and there are many more questions that need to be answered. Are we being contaminated when we bathe or shower at home, or swim in the ocean or streams? Are the crops of Okinawa’s farmers also contaminated? This appears likely given the EPA’s warnings. And what about Okinawa’s seafood? The EPA states that fish and other living organisms can also be infected and carry PFAS.

Some Okinawans have attempted to ignore or downplay the issue, hoping that they and their loved ones will somehow be spared the adverse effects of the contaminated water. I cannot blame them; after all, what else can they do? How can a defenseless island people like Okinawans, with a population of under two million, feel protected from the massive U.S. empire?

Okinawans in our native language refer to ourselves as Uchinanchu and are the Indigenous peoples of Uchinaa (Okinawa) recognized by United Nations bodies such as UNESCO, CERD, the Human Rights Committee, as well as by numerous other organizations and scholars around the world. Uchinanchu are well-known for our long-standing opposition to the U.S. military, so it is not difficult to see why the U.S. repeatedly violates our human rights under international law. With the health of Uchinanchu deteriorating by water contamination, the U.S. and Japan will continue their colonization and militarization of Okinawa. The U.S. has an extensive history of committing genocide and human rights violations against Native Americans, African Americans, Hawaiians, and many other nations and Indigenous peoples, and appears more than willing to also commit genocide against Uchinanchu.

Historically Okinawa was an independent nation known in the native language as Luchu (or “Ryukyu” in Japanese). Luchu had close and friendly mutually-beneficial relations with China, Korea, and much of Southeast Asia. During the nineteenth century Luchu, as an independent country, was recognized by the Western world via the signing of treaties with the United States, France, and the Netherlands. In 1879, against the will of Luchuans, Japan invaded and illegally annexed Luchu. During World War II Japan built a pervasive military presence within the largest and most populated island of Luchu, Uchinaa (Okinawa), with the deliberate intent to sacrifice Uchinanchu in order to ‘save’ Japan. In 1945 this resulted in the Battle of Okinawa, where in just three months at least one out of every four Uchinanchu were killed.

After the war most of Japan’s other colonies regained their independence, but the United States kept Luchu for itself to use for military bases. With no form of self-government, Luchuans strongly resisted being under direct U.S. military rule, so in 1972 the U.S. “gave” Luchu to Japan without a vote from Luchuans. In violation of international law, Luchu today remains under de facto occupation by the U.S. and Japan, both of whom violate the rights of Luchuans.

While both Okinawan and Japanese media have reported on the water contamination, mainstream U.S. media has been oddly silent. The issue has hardly been mentioned in the West, except by reports in U.S. military news outlets. It is difficult to imagine Americans remaining complacent if the U.S. military were to poison the water in Wall Street, Washington DC, or Beverly Hills. Or if China’s military had poisoned the water of, say, Uyghurs or Tibetans, the West would almost certainly report on it heavily, condemn it as genocide, and call for the downfall of the Chinese government. But because in Okinawa the aggressor is the United States, it appears that Western media is glad to ignore the issue. From an Okinawan perspective, U.S. “freedom of press,” which they tout as a vital liberty of “democracies,” is nothing more than a trite and empty slogan.

Now it is being reported that Okinawan and Japanese taxpayers will foot the bill to clean and dispose of the remaining contaminated water stored by the U.S. military (Mainichi). This will cost taxpayers around 92 million yen (or $836,000 USD). Besides the fact that Okinawans have never consented to the U.S. military presence and certainly should not pay to clean their mess, this does not address the damage that has already been caused by the United States.

Some Americans have also experienced health problems after exposure to PFAS. Chicago-based lawyers Pintas & Mullins have filed a class action lawsuit for Americans who have experienced adverse health effects after having been exposed. Now who will advocate for Okinawans?

Access to clean drinking water is a fundamental human right. The international community must address the human rights violations being committed by both the U.S. and Japan, and take immediate action to save Okinawan lives.