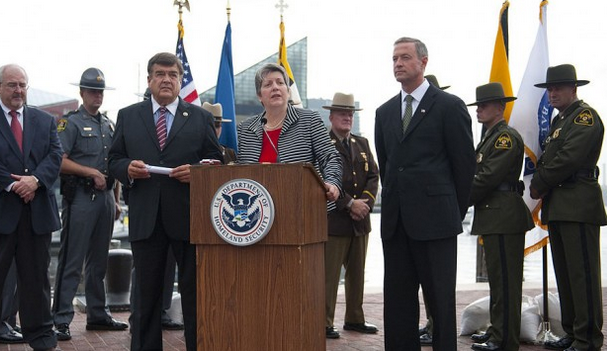 O’Malley Was Warned His Policing Policy Would Produce Disasters

Note: The reign of Martin O’Malley as mayor set a tone of arrests without probable cause in Baltimore that still continues. Under Mayor O’Malley tens of thousands of young African American men were arrested, held overnight in jail and then released without having any charges filed against them. There were no reasons for these arrests, young black men were routinely rounded up and kept in jail.  During his time as mayor arrests in Baltimore soared, reaching 108,447 in 2005, or about one-sixth of the city’s population. He and the city were sued and reached an $850,000 settlement for the mass arrests without cause policy. When a candidate for president uses his police power in such an illegal and abusive way, it should raise questions about what such a person would do with the immense power of the US military and security state. Can he be trusted with that power?

Former Maryland Governor and before that, Baltimore Mayor, Martin O’Malley is expected to run for the Democratic nomination for the presidency, and he has been on the campaign trail portraying himself as a left-wing challenge to Clinton.

But as Baltimore unrest is making global headlines, it’s worth mentioning that when O’Malley was mayor of Baltimore, he advocated harsh “broken windows”/”tough on crime” policing, putting more police on the streets and bringing in advisers from the New York Police Department. From a 2013 Washington Monthly profile:

In 1999, O’Malley stood at an intersection in Northwest Baltimore, a known drug-selling corner, and announced his intention to run for Baltimore city mayor. His platform? A single, resounding, and highly unlikely promise: to reduce the city’s crime rate by 50 percent. In a city riven by racial politics, the cards were stacked against the young, white councilman, but in August, in the nick of time, he got lucky. Former State General Assembly Delegate Howard P. Rawlings, who is black, endorsed him, and in September, O’Malley walked away with the Democratic primary—the equivalent, in Baltimore, of victory. (Twelve years later, O’Malley would return the favor, endorsing Rawlings’s daughter, the current mayor of Baltimore, Stephanie Rawlings-Blake.) O’Malley took the general election in a landslide.

Two days after election night, months before he’d even taken the oath of office, O’Malley recruited Jack Maple, the guru of CompStat [A New York City program designed to identify crime-heavy spots and deploy police to them], and his business partner, John Linder. Their task? Bring CompStat to Baltimore, stat. Almost immediately, the duo launched a comprehensive review of the Baltimore Police Department (BPD), and in early 2000 they delivered eighty-seven suggestions of reform to both O’Malley and his brand-new police commissioner, Ronald L. Daniel. That’s when the trouble began.

In March, Daniel rejected half of Maple and Linder’s suggestions out of hand and, after a series of closed-door meetings, unexpectedly quit. The city was rocked. Daniel, who was a well-respected, longtime member of the BPD, and black, had seemed like a good bet, and here he was leaving after just fifty-seven days on the job. What was this new mayor up to? To make matters worse, O’Malley replaced Daniel with a former NYPD official and old CompStat hand, Edward T. Norris, who is white. In the mostly black city, hackles went up. CompStat’s model of “zero tolerance” policing had by that point already been associated with civil rights abuses and higher police brutality rates. (During the election, one of O’Malley’s opponents had circulated postcards with an image of the Rodney King beating and the words “Are you ready for zero       tolerance?” On the back was a photo of O’Malley.) Meanwhile, Maple and Linder —“O’Malley’s New York consultants,” as they were invariably described by the media—and their $2,000-a-day consulting fee, were staying on.

Although crime did decline under O’Malley’s tenure, it was done in a way that seeded deep resentment among the public. In 2005, the city made 100,000 arrests – this is a town of 640,000 people. This was a record that has been remembered as O’Malley returned to Baltimore this week to get out in front of the unrest, Here’s how he was greeted in one location, according to the New York Times:

“Did you see all those boarded-up houses on your way out?” shouted a man who greeted him in front of the Arch Social Club (“Please Pardon Our Dust”), where volunteers made turkey sandwiches, handed out water and watched “Bonanza.”

“You plan on doing anything about that?”

“I got elevated to the same rank as you, I’m a citizen now,” Mr. O’Malley said, with a grin that he often wears as a shield.

“You made a lot of promises,” the man shouted.

“And I did the best that I could,” the former mayor said.

“In what community? Not in the black community!”

It’s a legacy O’Malley will have to answer for as Baltimore rises to the center of national conversation.