Wilfred Owen, an English poet who was killed in action exactly one week before the Armistice that finally ended World War I was signed, wrote about the horrors of living in trenches and enduring gas warfare. 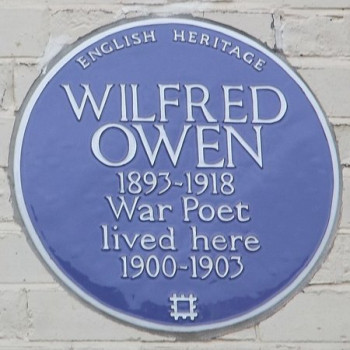 In “The Parable of the Old Man and the Young,” he revises the Biblical narrative about Abraham’s willingness to sacrifice his son, Isaac. Believing God willed the slaughter, Abraham prepared to bind Isaac and slay him. Owen transforms Abraham into the European powers who were willing to slaughter youthful generations in the trenches of World War I.

Only in this telling, Abraham refuses to heed the angel who urges that the son be spared. The old man “slew the son, and half the seed of Europe, one by one.”

Thirty million soldiers were killed or wounded and another seven million taken captive during World War I. Some 50 to 100 million perished from a flu epidemic created by the war. “Never before,” writes author and activist David Swanson, “had people witnessed such industrialized slaughter, with tens of thousands falling in a day to machine guns and poison gas.”

A stunned and exhausted West greeted November 11, 1918, the day the war came to an end, as its delivery from horror.

In 1938, Congress declared Armistice Day a legal holiday dedicated to the cause of world peace. In 1954 the holiday was renamed Veterans Day and morphed into an occasion for flag waving and military parades.

Now, members of the group Veterans for Peace are working across the U.S. to recover the original purpose of Armistice Day. They are using it to call for adequate psychological and material support for veterans, to help them cope with the terrors they have been forced to endure. Above all, they work to abolish wars.

This year on Nov. 11, at 11 a.m., Veterans for Peace chapters across the United States will ring bells, recalling that minute in 1918 when, as Kurt Vonnegut wrote, “millions upon millions of human beings stopped butchering one another.”

“This event is more than just a historical remembrance,” says Ed Flaherty, a member of the Iowa City Chapter of Veterans for Peace. “It is about today, about our pressing need to reverse the war-momentum and to take up the sweet burden of creating lasting peace.”

Writing on behalf of the group’s Tom Paine chapter in Albany, New York, John Amidon explains that the veterans will be “purposefully walking” in the local Veterans day parade because “we ain’t marching anymore.”

The tragically stubborn “old man” in Owen’s poem rejected the angel’s intervention urging him to choose life over death. We do not have to keep making that same mistake.

Armistice Day gives us an opportunity to acknowledge the brutal futility of armed conflict, the wastefulness of our military spending, and the responsibility we share to abolish all wars.

This article was written for (and first appeared in) The Progressive.

He dropped, – more sullenly than wearily, 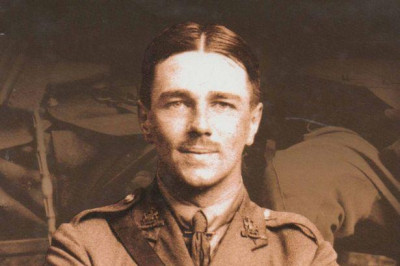 And none of us could kick him to his feet;

Just blinked at my revolver, blearily;

– Didn’t appear to know a war was on,

Or see the blasted trench at which he stared.

Dreaming of all the valiant, that aren’t dead:

Maybe his brave young wife, getting her fun

In some new home, improved materially.

It’s not these stiffs have crazed him; nor the Hun.”

We sent him down at last, out of the way.

Unwounded; – stout lad, too, before that strafe.

Malingering? Stretcher-bearers winked, “Not half!”