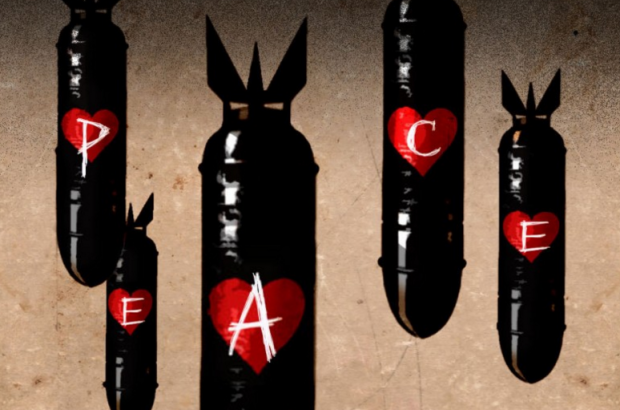 On World Day Of Peace, Recognizing Those Who Work For Nuclear Disarmament

In observance of the World Day of Peace January 1, we at Global Sisters Report join in prayer for peace in all regions, for all victims of war and for women religious around the world who dedicate their lives to helping them and to build peace.

• Sr. Megan Rice, a member of the Holy Child Jesus sisters, was released in May 2015 after serving more than two years in prison for trespassing on a Tennessee uranium enrichment facility. In December 2015, GSR had an interview with Rice about her peacemaking work.

• Sr. Martha Ann Kirk, a Sister of the Incarnate Word, has researched pockets of tolerance in hostile parts of the Middle East. Melanie Lidman, GSR‘s Middle East and Africa correspondent, spoke with Kirk in July 2015 about interfaith dialogue and how she marries religion and art.

• Maryknoll Sr. Jean Fallon, who lived in Japan for more than two decades, has co-authored two books on peace and the aftermath of Hiroshima and Nagasaki and is an advocate for the abolition of nuclear weapons. In a recent interview with Global Sisters Report, she recounted how she has taken many women religious to both cities to witness the effects of the attacks. Many times, she said, sisters had to leave the museums and memorials to recover because of the intensity of the experience.

In March, talks are set to begin at the United Nations to ban nuclear weapons with an indefinite time period to complete the negotiations. As a recent NCR editorial said, “As Catholics, we have a long history of outspokenness against nuclear weapons, from Pope Pius XII in 1943 up to the Vatican’s latest statement in October that ‘the uneasy peace promised by nuclear deterrence is a tragic illusion’ and the indefinite possession of nuclear weapons is ‘morally wrong.'”