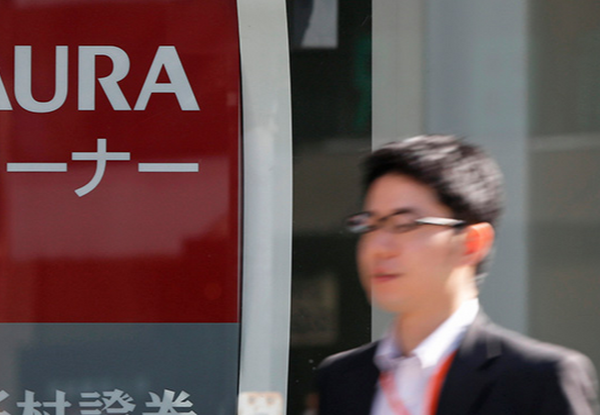 One Bank Is Finally On Trial For The Financial Crisis

The trial of the century—a long-awaited determination of the damage perpetrated by Wall Street institutions in the financial crisis—began Monday in New York. But it’s only happening because one bank—unlike Goldman Sachs, JP Morgan, Citigroup, and Bank of America—refused to settle out of court. The Japanese firm Nomura stands accused of lying to mortgage giants Fannie Mae and Freddie Mac about the quality of mortgages pooled into securities during the housing bubble. The case will finally reveal hard data on just how much money Nomura, and the rest of the industry, made through fraud.

The Federal Housing Finance Agency (FHFA), conservator of Fannie Mae and Freddie Mac, sued 18 of the biggest banks in the world in 2011. As an investor, Fannie and Freddie purchased $196 billion in mortgage-backed securities from 2005 to 2007, filled with loans that did not meet specific underwriting guidelines. Sixteen of the 18 banks settled with FHFA, netting the agency $18.2 billion. One suit with the Royal Bank of Scotland remains in limbo. Only Nomura pushed FHFA into trial.1

FHFA purchased seven mortgage-backed security deals worth about $2 billion from Nomura, just 1 percent of the total mortgage-backed securities it purchased. But the trial will force the agency to actually show its work. Unlike in the settlements, whichoffered no details beyond the names of the securities, FHFA must explain why they’re asking for $1.1 billion in damages, over half of what it spent.

In its opening statement, FHFA alleged Nomura prospectuses about the quality of the mortgage pools were materially false. It stated that 68 percent of a sample of loans in Nomura securities had underwriting standards below what the bank advertised. That resembles the findings of Clayton Holdings, a third-party reviewer of mortgage pools for Wall Street banks (FHFA used Clayton estimates in their complaint). FHFA also charged that home appraisals were inflated by an average of 11 percent. Tellingly, Nomura tried to block John Kilpatrick, the FHFA’s expert witness on appraisals, from testifying.

This small set of facts brings sharper focus to the securitization scheme. For context, banks proffered over 1,800 mortgage-backed securities deals during the housing bubble. But all the securitizations were structurally, more or less, the same as Nomura’s; that’s why FHFA sued 18 banks. Under representation and warranty agreements, if the underwriting did not match the securities issuers’ claims, investors like Fannie and Freddie could demand that the bank repurchase the bad loans. That means that FHFA could have stuffed over two-thirds of its securities back into Nomura’s pockets. Federal judge Jed Rakoff made a similar determination in the Countrywide “Hustle” case last year when he ordered damages of $1.3 billion on defective mortgage sales to Fannie and Freddie, based on the percentage of loans that were poorly underwritten.

How much money are we talking about overall? Let’s just look at 2005 and 2006, the two years at issue in the FHFA case, and the biggest years for mortgage-backed securitizations. Banks sold over $1 trillion in mortgage-backed securities each of those years. So, if Nomura’s behavior was typical, then banks would be legally liable to repurchase over $680 billion in securities per year. And if appraisals were inflated by 11 percent on loans in securitization pools in 2005 and 2006, that means that the banks issuing the securities stole over $100 billion a year from investors who purchased the puffed-up mortgage bonds.

This gives a sense of the magnitude of the deception during this period. And if the contractual obligations and relevant laws around mortgage-backed securities were adhered to, the result would have been a complete overhaul of the financial industry. Instead, the Justice Department settled for pennies on the dollar over these same securities violations with banks like with Bank of America, Citigroup and JPMorgan Chase.

Nomura, for its part, has a ready defense. The bank argues that falling housing prices, not its actions, caused the diminished value of mortgage-backed securities, ignoring how the shoddy underwriting pumped up prices before they collapsed. The bank also argues that Fannie and Freddie were highly sophisticated investors that could not be duped into purchasing mortgage bonds. The Wall Street Journaleditorial page went further, saying Fannie and Freddie received loan-level data to ensure the mortgage bonds satisfied affordable housing requirements. But this misses FHFA’s point: The loan-level data was untrue, regardless of why Fannie and Freddie made the purchase.

U.S. District Court Judge Denise Cote, whose rulings in FHFA cases have so angered banks that they tried to sue her in an appeals court for “gravely prejudicial” rulings, will decide this case. And her verdict will set precedent on how to deal with banks that rip off investors.

If FHFA wins, it will at long last confirm the scale of the fraud, something we’ve only known through anecdote. And it will show that regulators and law enforcement extracted a tiny price for bank misconduct. In the future, it allows investors to use the court system as a deterrent against future swindles. That could make the securities arena safer.

If Nomura succeeds, banks will likely be emboldened to make more misrepresentations in their sales presentations, and investors will find themselves virtually powerless to stop it. Government regulators will probably feel like they cannot enforce securities laws against financial institutions. We could easily see another round of fraud, with banks secure that they can make clever enough arguments in court to get off the hook.

The trial should last a month, and we’ll know shortly thereafter. But it’s positive that we’re finally asking the question, after so many years: How much did the banks make from their securitization frenzy, and how much do they owe those who they wronged?