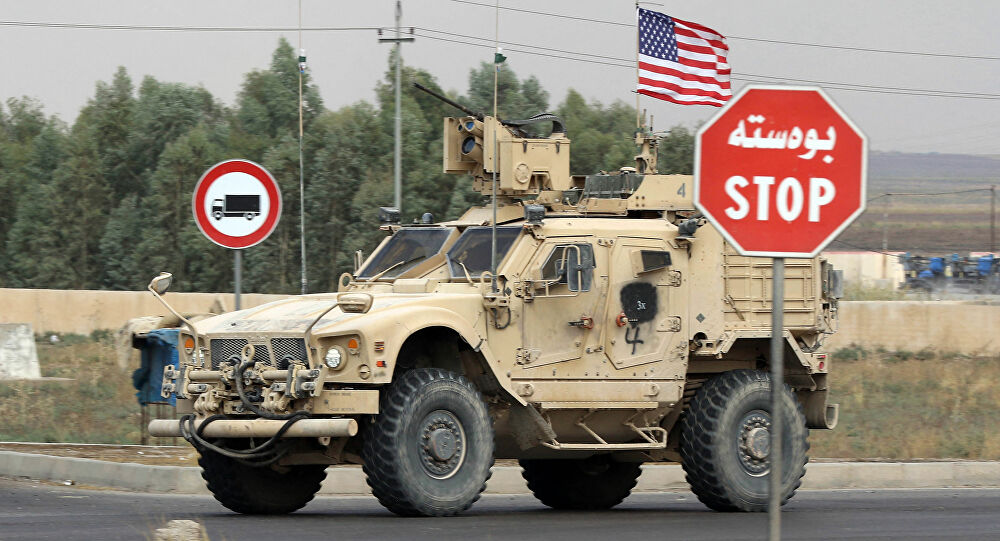 NOTE: Reuters reports another attack today on a base where US troops are staying in Baghdad. No doubt, this is a strong message that the US needs to get its troops out of Iraq.

The blast is the latest in a series of explosions that have targeted US-led coalition logistical convoys in Iraq over the past several months.

A possible roadside bomb blast has ripped through a US military logistics convoy’s route in the central Iraqi province of Babil, Iran’s MEHR news agency cited unnamed sources as saying on Tuesday.

There was no immediate word on casualties due the explosion. The latter is the most recent in a spate of such attacks staged in Iraq in the past few months. No group has claimed responsibility for the blast.

In early February, a logistical convoy carrying supplies for the US-led coalition in Iraq was hit in an improvised explosive device (IED) attack about 80 kilometres south of the capital Baghdad.

The bomb was reportedly detonated on a road in the area of al-Musayyib, a Shia-majority town that witnessed heavy fighting between US forces and local militias in the aftermath of the 2003 US invasion of Iraq.

The explosions come amid reports that the Biden administration might halt plans for future US troop reductions in conflict zones over concerns that the remaining numbers may be insufficient to engage in “counter-terrorism” operations or train local forces.

Officially, the Pentagon says that the US administration has yet to decide on its stance in Iraq even though Washington earlier announced a “force posture review” of the “US military footprint, resources, strategy, and missions” worldwide.

Last month, the military news website Defence One referred to a recent statement by Deputy US Ambassador to the UN Richard Mills that apparently indicates the Biden administration’s unwillingness to withdraw US troops from Iraq.

“Among its top priorities, the United States will seek to help Iraq assert its sovereignty in the face of enemies, at home and abroad, by preventing an ISIS [Daesh*] resurgence and working toward Iraq’s stability. The United States will remain a steady, reliable partner for Iraq, and for the Iraqi people today and in the future”, Mills told a UN Security Council meeting earlier in February.

Former US President Donald Trump initiated a reduction of troop numbers in Afghanistan and Iraq to 2,500 each in his final two months in office.

US forces in Iraq have been dogged by Iraqi militias since the 3 January 2020 assassination of Qasem Soleimani, a top Iranian general who cooperated closely with pro-Baghdad Shia militias in the war against Daesh* between 2014 and 2017.

The killing prompted Iraq’s parliament to demand the immediate withdrawal of all US forces, and saw US troops and bases targeted in rocket and IED attacks.

According to local media outlets, some 20 convoys have been targeted in the past two months alone, with attacks reported in Basra, outside Baghdad, and other areas.

*Daesh (ISIL/ISIS/Islamic State), a terrorist group banned in Russia and many other countries.