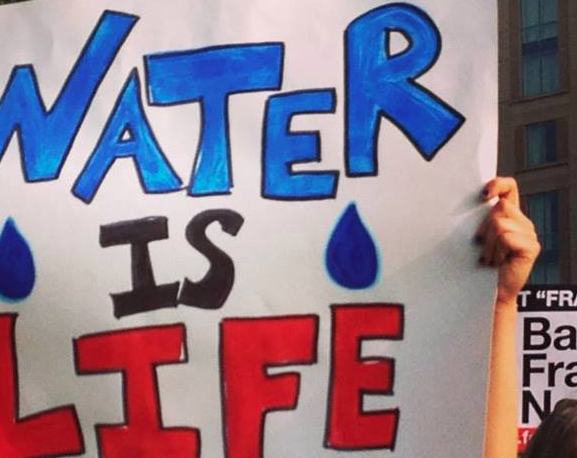 Baltimore, MD —A Food & Water Watch research brief released today finds that Baltimore’s current water shutoff campaign is indicative of bigger issues for the city: one-third of the city’s residents cannot afford water and sewer service. Because of this lack of affordability, ever-increasing water rates, and inaccessible, insufficient assistance to low-income residents, the city risks violating the human right to water by shutting off water service to households unable to pay these rates.

Food & Water Watch’s analysis highlights a startling statistic: while the United Nations has established that affordable water and sanitation service should be no more than 3 percent of household income, one-third of Baltimore households earned less than $25,000 per year, yet paid an average of $804 per year on water and sewer services as of April 2015. That means that one-third of the city’s residents, or 80,000 households, simply cannot afford their water rates.

“Baltimore has high levels of poverty and unemployment,” said Food & Water Watch Baltimore Organizer Julie Gouldener. “Add the fact that Baltimore’s water rates have more than tripled in the last 15 years, and you have a water affordability problem that won’t be fixed by cutting off service to low-income households.”

Three weeks into the Baltimore Department of Public Works’ (DPW’s) water shutoffs, a campaign that could deny water access to as many as 60,000 residents, it is clear that Mayor Stephanie Rawlings-Blake and DPW have targeted the city’s low-income users before attempting to collect money from business accounts. Business accounts are responsible for more than a third of the $40 million owed to DPW, with one company alone, RG Steel, owing $7 million. But while DPW disconnected up to 150 customers each day, not one of them was a business account.

In addition, Baltimore has an assistance plan that falls far short of providing the help needed by working families living paycheck to paycheck. The city currently offers an annual grant of $161 to qualified residents. The average water bill is $643 after the grant, an amount that is unaffordable for the one in five city households making less than $15,000 a year. This level of assistance is inadequate.