One Year After, Portland Still Protests Murder Of Quanice Hayes

“Finding a fake gun after the fact does not justify the use of force…. What happened to Quanice Hayes and so many other black men who are executed at the hands of officers is an extrajudicial killing…. An extrajudicial murder.” – Mat dos Santos in “A Teen and a Toy Gun” by Leah Sottile.

This last week, Quanice Hayes’ family filed notice that they will sue the city and the Portland Police Bureau officers involved in Quanice’s death.

“The Hayes family refuses to allow Quanice’s death to go unanswered. Despite the grand jury’s decision not to bring criminal charges against Officer Hearst, the family is determined to do what it takes to get justice for Quanice.” – Jesse Merrithew

In order to make #BlackLivesMatter, we must be willing to hold police accountable for their actions. Justice for Quanice Hayes isn’t just about him, or his family, it’s about upending a system that refuses to value Black lives. Donate to this fight. https://t.co/LAH1vS5IyX https://t.co/R0lbU8XgEq

This last Friday, on the one year anniversary of Quanice Hayes being killed by a Portland police officer, more than 100 students from Portland Public Schools walked out of class to protest with Don’t Shoot Portland in support of Quanice’s family.

Yesterday there was another protest for Quaince Hayes. Protesters covered the sidewalk in front of the Portland Police East Precinct with chalk drawings of hearts with names in each one of them for people who have been killed by police in the Portland metro area. 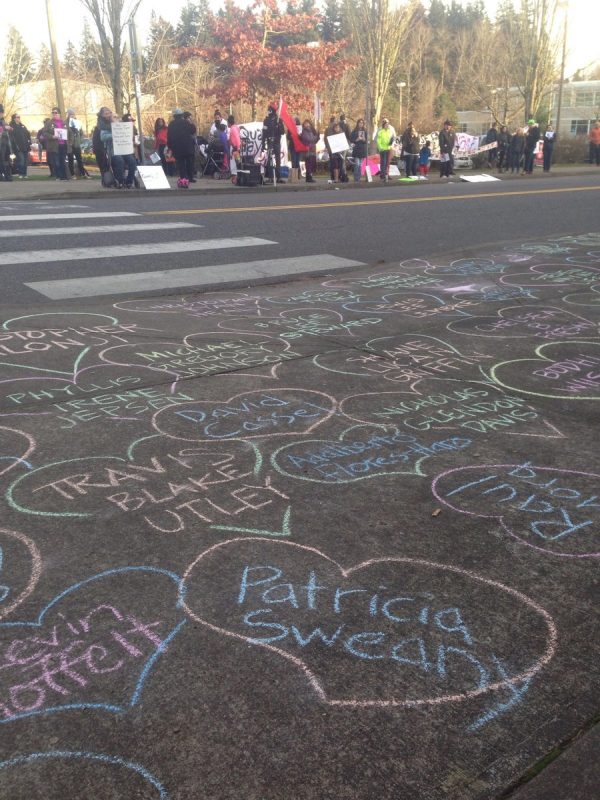 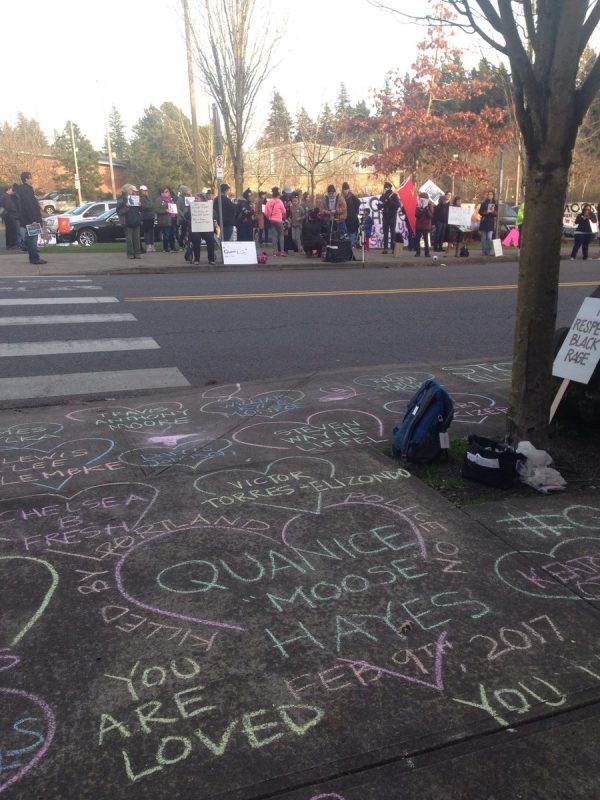