Open Letter: Chiefs Call Out RCMP For Misinformation And Invasion

The Union of BC Indian Chiefs has issued an open letter dealing with the misconduct of the RCMP and attempts to absolve its responsibility regarding its forcible intervention against the Wet’suwet’en people in British Columbia on January 7 and its ongoing involvement at the site. It is printed below. 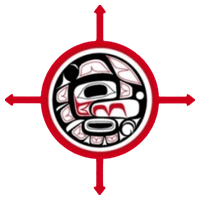 The Union of BC Indian Chiefs (UBCIC) writes today to rectify the erroneous reports from the DLT regarding actions taken by the RCMP during their enforcement of the interim injunction at the Gidimt’en checkpoint on January 7 and ongoing involvement at the site.

The RCMP DLT is tasked with the vital role of being transparent and unbiased facilitators of the outreach efforts of associations and communities, including peaceful assembly and demonstration, and as such, we call upon you to immediately review and address our pressing concerns:

* There are reports that the RCMP DLT’s actions on the ground at Gidimt’en significantly depart from what you have reported to the First Nations Leadership Council (FNLC).

* This includes information that Coastal GasLink (CGL) contractors would be responsible for removing the gates at the camp; in fact, CGL was not present and the RCMP was responsible for dismantling the barriers.

* Prior to the gates being taken down, Hereditary Chiefs met with RCMP who assured them that they were only there to keep the peace; this assurance was subsequently contravened when the RCMP invaded the camp and used unnecessary force to subdue and arrest demonstrators.

* The temporary exclusion zone set up by the RCMP preventing access to the Morice River Bridge would be removed by the morning of Jan 11; however, there are reports that exclusions zones are still in place. These zones not only restrict access to the media but the Wet’suwet’en Nation who are calling it reminiscent of the discriminatory, colonialist pass system in Canada that intended to keep First Nations alienated from settlers. We understand that the RCMP have a checkpoint set up at mile 44 that prevents Wet’suwet’en families from accessing their homes.

* There have been reports that the RCMP has engaged in disrespectful conduct at the Gidimt’en checkpoint, appropriating and using camp supplies such as firewood.

Due to the positive state of affairs that has been conveyed in your press releases and updates, it is paramount that the DLT provide a clear and accurate account of the events occurring at Gidimt’en. The UBCIC Executive maintains regular contact with the Wet’suwet’en Nation and we remind you that any mistreatment of the Wet’suwet’en Nation or Indigenous peoples will not be tolerated, concealed, or misrepresented.

Tasked with ensuring that respectful and constructive dialogue can continue between First Nation communities and the RCMP, your division must provide immediate clarification regarding the concerns outlined in this letter and commit to respecting Indigenous peoples inherent title and rights, including the right to peacefully demonstrate and exercise their inherent and constitutional rights.

On behalf of the UNION OF BC INDIAN CHIEFS