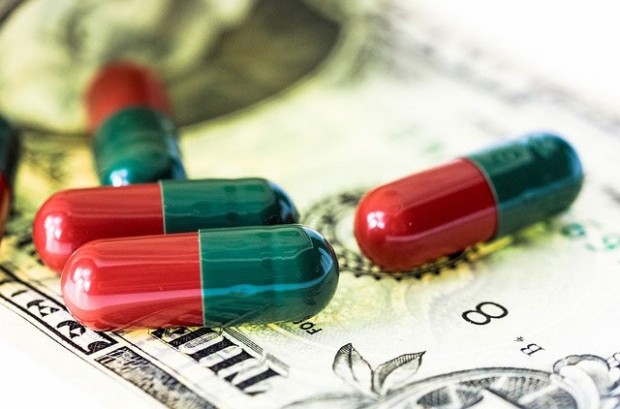 TORI HERR dreamed of becoming a veterinarian or a journalist. She was only 18 years old when she died in a Pennsylvania jail.

After Tori was arrested on drug charges in 2015, she began suffering from heroin withdrawal in jail. She was denied medical treatment, and her cellmate was threatened with punishment for attempting CPR when Tori collapsed. By the time medical staff arrived, Tori hadn’t been breathing for 10 minutes.

“I would’ve loved to see what her future would’ve been,” Tori’s mother, Stephanie Moyer, told the local news. But as Moyer points out, Tori was “sentenced to death before she even saw the judge.”

Tori’s death was not an isolated incident. More and more women are dying from causes related to opioid use, and the state’s response has been criminalization, not care.

In 2015, 418 women in Tori’s home state of Pennsylvania died from opioid overdoses, a marked rise from previous years. This increase mirrors a rise in overdose deaths among women across the nation.

Although men still use opioids at higher rates than women, women are quickly catching up. The Centers for Disease Control (CDC) reported in 2013 that “deaths from prescription painkiller overdoses among women have increased more than 400 percent since 1999, compared to 265 percent among men.”

Despite Donald Trump’s assertion that “talking to youth and telling them ‘no good, really bad for you'” will solve the opioid crisis, the recent substance use epidemic isn’t primarily the result of individual choices. A variety of systemic issues lie at the heart of the increase in overdose deaths due to opioid usage–many of which affect women disproportionately.

Many women, for example, begin using opioids as a means of coping with trauma due to sexual violence or domestic abuse. While these factors also affect men, women are much more likely to be the victims of sexual assault and violence. A society that encourages sexual and gender-based violence is a society that promotes opioid use.

Eating disorders such as bulimia are another catalyst for opioid use. Because of societal pressures regarding the female body, women suffer from eating disorders at far higher rates than men. Some women use opioids as a way to self-medicate for bulimia. In fact, one study found that one in five women in an opioid addiction treatment program had a previous problem with bulimia, and that their bulimia symptoms came back as they stopped using opioids. A society that tells women their bodies are never good enough is a society that promotes opioid use.

While recent media attention has focused on heroin, the opioid epidemic in the U.S. began with the use of opioids prescribed for pain. The pharmaceutical company Purdue has spent a significant amount of time and money on marketing OxyContin directly to doctors–unprecedented for an addictive opioid.

Some states, including Ohio, have begun to prosecute several pharmaceutical companies for their role in creating the opioid epidemic. State officials argue that these companies “purposely misled doctors about the dangers connected with pain meds that they produced.”

According to the CDC, women are more likely than men to go to the doctor with chronic pain, leading to increased availability of prescription opioids. A society that makes profit from pain is a society that promotes opioid use.

Poverty is a major factor in opioid use and addiction, in part because workers in low-wage, manual jobs are more likely to suffer from chronic pain. Many people also use opioids to cope with the emotional pain of living in poverty. As an American Journal of Public Health article noted, people in rural areas have turned to drugs after experiencing “long-term economic deprivation, high rates of unemployment, and fewer opportunities for establishing a long-term career.”

We found a statistically significant positive correlation between the drug overdose mortality rate and the TEXTpercentage of the population living in poverty, by county, in West Virginia. Women are significantly more likely to live in poverty than men, with 14 percent of U.S. women living in poverty in 2015 compared to 10 percent of men). A society that leaves millions of people struggling to survive is a society that promotes opioid use.

THE EFFECTS of poverty have become more acute in the decades since the 1980s as both the Democratic and Republican parties have systematically dismantled social service programs. Many of these programs were particularly important for women–a factor that may further push women toward addiction.

The data shows that the states that have expanded the Family and Medical Leave Act and that have paid parental leave and school parental leave have lower percentages of opioid overdose deaths in women. A society that slashes necessary services for the poor to increase profit for the rich is a society that promotes opioid use.

The slashing of social services is one factor that negatively affects life prospects for women, but there are many others.

West Virginia has the highest opioid overdose mortality rate, and a greater percentage of women who die in overdoses compared to the national average. The Status of Women in the States report ranks West Virginia 51st for women’s employment and earnings–behind all other states and the District of Columbia–and 49th for women’s poverty and opportunity.

In fact, we found that states that rank lower in women’s employment/earnings and in women’s poverty/opportunity have a higher percentage of overdose deaths by women.

Women with opioid addictions are more likely than men to be currently unemployed, suggesting that the lack of employment opportunities for women is another factor which drives them to addiction. A society in which women are underpaid and treated as second-class citizens is a society that promotes opioid use.

MEANWHILE, POLITICIANS have responded to the opioid crisis not with real solutions, but with platitudes at best–and criminalization at worst.

Ironically, the reason that white women are disproportionately affected by the opioid crisis is because of anti-Black racism. There is a long history–dating back to slavery–of Black people’s and especially Black women’s pain being discounted and neglected.

Black women have historically been seen as falling outside of supposedly delicate, fragile white femininity, and society views them as less in need of protection.

These stereotypes have been–and continue to be–used to justify violence and abuse of Black people, such as the decades-long Tuskegee Syphilis Experiment on Black men and or medical experiments on enslaved Black women.

Today, one of the manifestations of this bias is that doctors are much less likely to prescribe treatment for Black people’s pain–including addictive opioids. Moreover, pharmaceutical companies market opioids to doctors predominantly in rural, white areas where doctors prescribe pain medicine more frequently, both because their patients are mostly white and because workers in these areas tend to have dangerous jobs and are more likely to suffer from work-related injuries that require treatment for pain.

Some anti-racist activists note that politicians and public figures have recognized the majority white opioid epidemic as a disease, while people addicted to crack in the 1980s and ’90s were viewed as criminals.

While this is true, this hasn’t stopped politicians from continuing to back tough-on-crime solutions, which has led to an increase in incarceration of white women for drug offenses, the stigmatization that drug users and the lack of viable options for people with addictions.

Research on substance use disorder continues to find that incarceration is not an effective measure in mitigating the effects of addiction. According to Dr. Perilou Goddard, Professor of Psychological Science at Northern Kentucky University and an expert in drug policy, “incarcerating our way out of the problem is an intellectually bankrupt idea.”

Goddard notes that the U.S. is behind most European nations in its conceptualization and treatment of substance use. While other nations understand addiction to be a disease, the U.S. stigmatizes substance users as social deviants. Goddard explains that the most effective way to reach individuals who are addicted to opioids is to start by helping them reduce drug-related harms through programs like syringe services programs and supervised injection facilities.

In the U.S., “We want to punish rather than treat the issue as the public health problem that it is,” Goddard said.

As Tori Herr’s story illustrates, and as numerous sociologists and public health professionals confirm, incarceration does nothing to solve the opioid crisis and doesn’t keep our communities safer from the harmful effects of drugs or from any other crime.

In fact, it’s important to note that rising addiction rates are not causing rising incarceration rates; there has never been a relationship between crime rate and incarceration rate. Rather, as geographer Ruth Wilson Gilmore notes in her book Golden Gulag, new prisons are built to resolve crises of capital. Women with addictions are convenient as bodies to fill those prisons.

THOUGH TRUMP has declared the opioid crisis to be a “state of emergency,” the policies he has put forward will exacerbate the opioid crisis, most notably his quest to destroy Medicaid. Trump stands for racism, sexism and the 1 Percent–all of which will lead to more deaths from opioids.

It’s up to the left to put forward and fight for viable alternatives to end this crisis. The first step is to recognize that the opioid crisis is a health crisis, and the second is to accept that this health crisis is fostered and exacerbated by social and economic conditions.

It’s clear that sexism, racism, classism, and the whole capitalist system are fueling the opioid crisis. At the same time, exploitation and oppression force the blame for addiction onto its victims. Given that the opioid epidemic is not the result of individual choices, but rather systemic exploitation and oppression, we need to fight for a better world for everyone if we want to end the suffering and death wrought by opioids.

In the meantime, the destigmatization and decriminalization of drug use and strategies aimed at harm reduction, such as needle exchanges and safe injection facilities, can go a long way. Drug users can and should be a part of this fight.

“People who use drugs are told constantly that they don’t deserve to make decisions about their own bodies and their own lives,” said Joelle Puccio, a Neonatal Intensive Care Unit nurse and chair of the Perinatal Substance Use Working Group for the National Perinatal Association. But people who use drugs deserve the same rights and autonomy as anyone else–and they should be involved in reclaiming them.