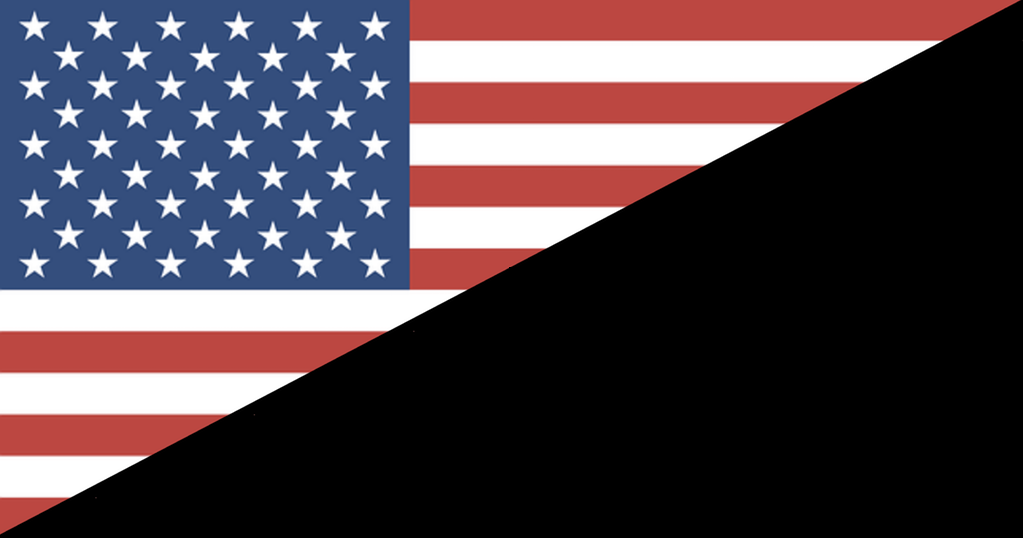 Opposing All Governments Equally Is Supporting The Most Powerful Government

The US-centralized empire is waging nonstop wars that have killed millions of human beings just since the turn of this century, and people will still say things like “We’ve really got to do something about Cuba.”

The US-centralized empire is circling the planet with hundreds of military bases, working to destroy any nation which disobeys its dictates and brandishing armageddon weapons at its enemies like a drunken hillbilly with a shotgun, and people are still like “Something must be done about China’s intellectual property theft!”

Among the violent and destructive governments in our world, one towers high above all the others in a league entirely of its own. Add in the malign behavior of its allies, who effectively function as arms of the same single empire on foreign policy, and the gap between it and the next-worst offender grows even greater. And yet, somehow, many people act as though this power structure should not face a unique level of criticism and scrutiny.

When imperialists yell the word "whataboutism" what they really mean is "Stop pointing out the damning contradictions, inconsistencies and hypocrisy of my position."

A lot of propaganda-addled empire loyalists bleat the terms “whataboutism” and “false equivalency” at anyone who responds to criticisms of nations like Russia or China by pointing out the terrible things the US does and continues to do, implying that America is far better than those other nations and that even bringing them into the same conversation is absurd. And they are correct, it is absurd, but for the exact opposite reason they think: the US is far, far worse.

There is no other power structure that is anywhere near as violent, thuggish and authoritarian as the one that is currently using its military and economic might to murder, starve, bully and cajole the rest of humanity into submission and obedience to its interests. No one else comes anywhere remotely close. Any analysis of international dynamics which fails to place this fact front and center in its understanding is necessarily a flawed, power-serving analysis.

It’s not just the brainwashed human livestock of the mainstream who fail to take this reality into account, but also many self-styled “anarchists” and other ideologues who fancy themselves to be up-punching critics of power. The mantra “I oppose all governments equally” will often see such types enthusiastically supporting the downfall of US-targeted governments like Syria and China, simply because those governments are more authoritarian than they’d like. Because it’s not informed by a reality-based weighting of world power dynamics as they actually exist, their “anti-authoritarianism” sees them supporting the most tyrannical agendas of the most tyrannical power structure on earth.

The "I oppose all governments equally" flag. pic.twitter.com/MJGdXerObo

You’ll hear them called “anarcho-imperialists” or “anarcho-neocons” by anti-imperialists; people whose internet anarchism leads them to actively facilitate western propaganda initiatives against targeted governments because those governments are not pure and utopian enough for the delicate sensibilities in their blond dreadlock-adorned heads. They’ll pay lip service to opposing the US government too, but “opposing all governments” without that opposition reflecting the fact that one government is orders of magnitude worse than any other is supporting that very government.

The fallacy of “I oppose all governments equally” is best summarized by the Anatole France quote, “In its majestic equality, the law forbids rich and poor alike to sleep under bridges, beg in the streets and steal loaves of bread.” All things are not equal, and treating all governments as though they are the same will always serve the interests of the most powerful government.

It’s like those American libertarians who say “I oppose all forms of welfare, including corporate welfare!” Well guess what mate? Put your shoulder against that value system and shove, and then watch whose welfare ends up getting cut. I’ll give you a hint: it won’t be the rich guys.

"Neither Washington nor Beijing", is essentially (and secretly) a pro-Washington, anti-Beijing position.

Equating both sides always helps the more evil side.

Just because both US and China are wrong, doesn't mean both are equally wrong.

“Neither Washington nor Beijing”, is essentially (and secretly) a pro-Washington, anti-Beijing position. Equating both sides always helps the more evil side. Just because both US and China are wrong, doesn’t mean both are equally wrong.

The problem is the nation that is infinitely less wrong than the other, is criticized infinitely more. Criticism should be proportional to the crime. This is why those who push for “equality before law” in China – ignore it while comparing China to US.

It’s basically like saying “Neither Hitler nor Obama”: Imagine how pleased Hitler would be at being equated with Obama – no matter the latter’s crimes. Those who call for nuance when opposing “whataboutism” fail to apply nuance when comparing US and China. Thus, the effect (and in many cases, the purpose) of Bothsidesism is to not only to make the more evil side look less evil, but also to justify the more evil side’s evil atrocities against the less evil side.

People often tell me “You don’t oppose imperialism, you only criticize US imperialism!” And to them I always reply, well, show me the other government that’s circling the planet with hundreds of military bases, waging nonstop wars and orchestrating the destruction of any nation which disobeys it. I’ll criticize that one too.

China is just as imperialist as America, Caitlin! pic.twitter.com/f6pdfimMja

I make no bones about the fact that I prefer to focus my criticisms on the most powerful and destructive power structure in the world. It’s not weird and suspicious to do this, it’s weird and suspicious that more people don’t do it. It is the sane and normal thing to do, and the fact that this isn’t the default assumption says so much about how extensively our society is wound around the convenience of the powerful.

Not only is focusing your opposition on the most powerful and destructive government the most rational use of your energy, it’s also impossible to circulate criticisms of US-targeted nations without facilitating and participating in the US propaganda campaigns against those governments. I guarantee you that if I changed my tune and suddenly began authoring articles decrying the treatment of Alexei Navalny and the Uyghurs in Xinjiang province, those articles would go more viral than anything I have ever written, because they flow in the direction of existing imperialist propaganda campaigns. I would be responsible for the consequences of my doing this.

And there would be consequences. Before they launch missiles, they launch narratives. Before they drop bombs, they drop propaganda. The path to every bullet in every war is paved with mass-scale narrative manipulation, and when we choose to participate in that paving we are just as culpable for the death and destruction that ensues as the guys who drop the actual bombs. The devastating effects of war against nations like Syria or Iran and the potentially world-ending consequences of cold war aggressions against Russia and China rest on the shoulders of those who helped circulate the narratives which facilitated them.

So be real with yourself about what you’re putting out there, and be responsible about it. Be mindful of whether you’re helping to advance an agenda with a lot of energy behind it from the most powerful forces on earth, because those are the agendas that will be enacted. Don’t let your “anarchism” turn you into a goddamn stormtrooper for the empire.